Portugal’s Iberwind has increased the availability of its wind farms by around 4% since 2007 and expects further performance improvements following trailblazing tests on yaw alignment and blade aerodynamics, Rui Maia, Iberwind’s Operation and Maintenance Manager, said. 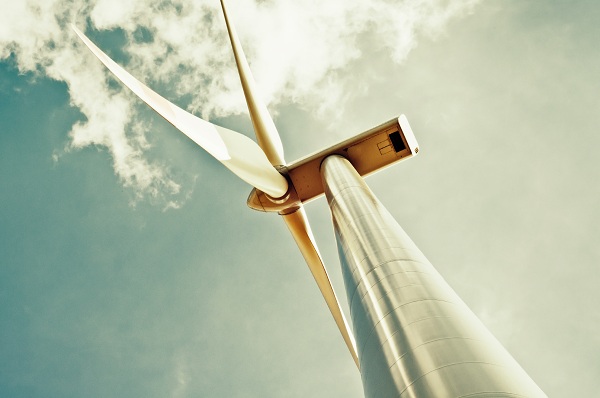 Iberwind's 684 MW onshore wind farm portfolio provides around 3% of Portugal's annual energy consumption. The fleet is spread across the length of Portugal, in a range of different landscapes and temperature conditions.

Speaking at the Onshore Wind O&M Forum February 3, Maia said Iberwind has developed an in-house fault analysis process which has reduced failures and optimized maintenance planning. The new processes raised availability levels to over 98% in 2015, compared with below 94% in 2007, he said.

Under the program, the fault is first classified and the energy losses are calculated. The origin of the fault is then established and the required fixes are prioritized. This process has allowed the company to better plan the required corrective work to lessen the impact on production revenues.

The calculation and categorization of energy losses is a key area of analysis for the company. Iberwind has found that the repairs period accounts for almost half of production losses.

In-depth analysis has shown Drive train issues are the source of 30% of unavailability, nacelle modules around 20%, electrical modules 18%, rotor modules 18%, with the remainder mainly made up of grid and cabling losses, Maia said.

The energy availability represents the plant’s ability to operate during times of sufficient wind, as opposed to the real availability of the unit at all times.

Energy availability was higher because the company was able to plan maintenance for when there was little or no wind. There was also a notable reduction in repetitive faults due to issues such as inefficient component sizes and gearbox issues, Maia said.

Iberwind’s production has also been boosted by Condition Monitoring Systems (CMS) installed in the drivetrains of all of the company's assets.

Iberwind has tested various options for CMS and has chosen to invest mainly in drive train CMS, Maia said.

"This for us has been a huge success," he said, noting that after a few years of using CMS the company has eradicated a number of serial faults.

The average age of Iberwind's fleet is nine years and Maia said the company is also carrying out tests on structural monitoring systems- for the frame, tower and foundations- as it plans its lifespan extension strategy.

Iberwind expects corrections to yaw misalignment found in some of its units to significantly increase production revenue in the coming years.

“We were able to install the sensor, identify the yaw misalignment, calculate the real power curve with the aligned wind turbine, and then recalculate the power curve and measure if there was really an improvement in production,” Maia said.

Out of ten turbines, four had a misalignment over 3 degrees, and among these four, the average misalignment was 6.5 degrees.

The average error across all ten turbines was 3.6 degrees and in units where misalignment was below 3 degrees the correction of the alignment did not result in significant output improvements.

“We have estimated that 30% of our portfolio is misaligned,” Maia said.

The company established a formula linking misalignment to production losses and the corrections are expected to increase production by 1.1% in the wind turbines currently misaligned.

In its base case, Iberwind plans to correct the misalignment over a four year period which started in 2015 and it expects this to boost annual revenues by 430,000 euros ($481,000), Maia said.

In addition, laser system tests have shown that installation of vortex generators on turbine blades could increase the energy production of Iberwind’s fleet by 1.0%-1.5%, Maia said.

Vortex generators are aerodynamic devices installed onto the blade to optimize the wind flow volume.

“We have installed blade vortexes in one of our wind turbines and we are checking the results…all signs indicate are there is an improvement in production with installation of the blade vortexes,” he said.

Iberwind has estimated the installation cost of the vortex generators at 8,500 euros per turbine.

“This is a system with a return on investment of less than three years,” Maia said.