Cold climate and de-icing technologies are improving the business case for wind power in Canada, but icing prediction and assessment remain problematic for the industry, experts told Wind Energy Update. 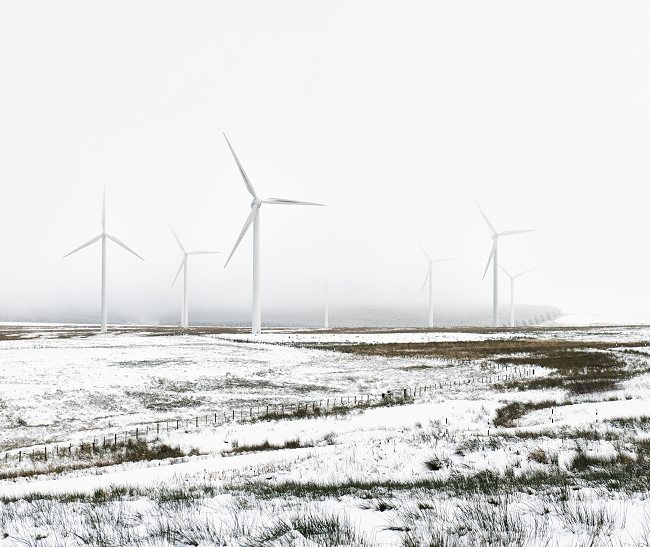 Ice protection technology has been reported to increase wind turbine energy yield, and could help reduce icing-related risks and revenue losses, and improve project bankability for financiers and insurers.

Appropriate icing detection equipment, including icing sensors and/or heated ultrasonic anemometers, can also help better understand and predict the icing on a turbine.

The severity of icing is key to assessing its effect on production and revenues, and on estimating the business case for an ice protection technology.

The IEA Task 19 categorizes the severity of icing into five classes based on the duration of these types of icing and the resulting production loss. Source: René Cattin presentation at WinterWind 2016 - Validation of the IEA Task 19 Ice classification.

An "icing double-whammy" can also affect investments – if the icing causes 10% of AEP losses, for example, then the added uncertainty will add a second penalty on the bankability of the project.

However, these gain estimates require more extensive studies by the industry, he added.

Electro-thermal is generally more expensive and more efficient than hot air, according to Godreau, however lightning strikes risks must be taken into account either in the design or in the installation of such systems.

Hot air could be comparatively less expensive, but its performance when exposed to critical combinations of wind, icing and cold weather is limited, Godreau said.

Both of these active ice-protection systems also involve extra equipment that may require additional inspection and maintenance compared to a standard turbine.

However, there is currently no publicly available information on the exact cost of different de-icing systems and very little data on the availability gain of these technologies, Godreau said.

Passive ice protection systems, which do not require any activation and do not consume any power by themselves, are also on the horizon. Less expensive icephobic coating could become commercially available in the next five years, according to Godreau, but so far its performance and durability are still lacking.

Finally, not all sites in Canada have icing that is severe enough to warrant using de-icing technology. Some owners use strategies such as wind farm curtailment or preventative stop – reduction of the ice accretion with the blade at rest instead of in motion – rather than a specific technology.

The wind farm project team is looking at ways to boost output by a few percent through analyzing collected data and optimizing turbine performance.

Predicting icing severity and assessing the related losses early on also remain difficult because they depend a lot on a combination of factors, including the unreliable long-term historical database on atmospheric conditions, the project and the turbine location, the difficult correlation with specific turbine model behavior under icing conditions, and the lack of feedback on icing technologies, according to Sébastien Goupil-Dumont, asset manager at EDF EN Canada.

Icing is also affected by several variables, including annual weather variation and altitude. It can also be caused by freezing rain, melting snow or in-cloud icing, which occurs when super-cooled droplets of water freeze instantaneously at the contact of a surface.

This type of icing is strongly related to cloud-base height, or the distance between sea level and the base of cloud. Turbines at higher altitudes are more likely to be caught inside a freezing cloud.

Appropriate icing detection equipment, including icing sensors and/or heated ultrasonic anemometers, can help better understand the icing on a turbine.

Contrary to wind, which has a small inter-annual variability of about 6%, icing duration can vary by more than 100% from one year to the other. If the icing characterization has not been undertaken prior to facing an icing problem, it can be quite hard to tell if a wind park is facing a “typical” icing season.

There will be a “tremendous improvement” in the next five years in assessing the two big unknowns about ice protection technologies: their efficiency – in terms of energy gained using such devices – and their life expectancy, Goupil-Dumont said. Most turbine manufacturers have only recently started commercializing these technologies.

“Only when we’ll have confidence in those numbers, will we be able to state if it is worth investing," he said.