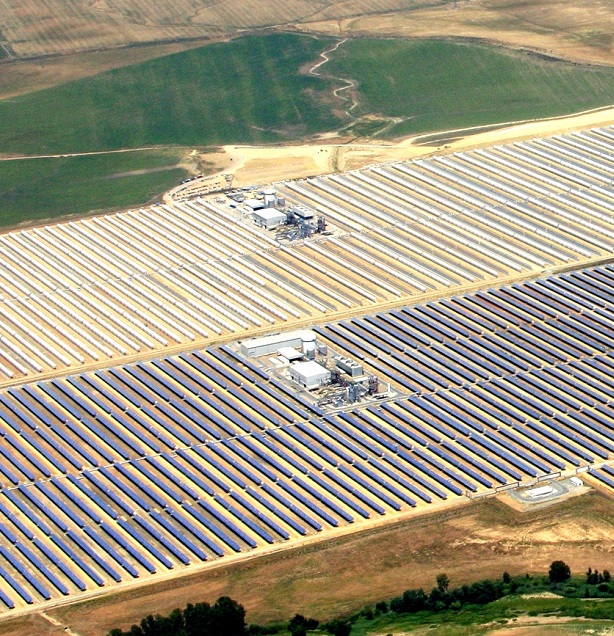 The acquisition expanded Cubico's Spanish CSP portfolio to 150 MW following its purchase of the 50 MW Andasol 1 and 50 MW Andasol 2 in 2017 and is the latest in a series of CSP plant resales in Spain.

Investors also see future value in CSP storage as PV and wind penetration grows. The Spanish government is preparing to set ambitious PV and wind targets and wants to reignite CSP build, doubling CSP capacity from 2.3 GW to 4.8 GW by 2025 and hitting 7.3 GW by 2030.

“The stability to the grid that CSP plus TES offers will spur on new capacity buildout and is behind the transactions we are seeing at the moment in Spain’s operational portfolio,” Esteban said.

Spain was a trailblazer in CSP technology but domestic build was halted in 2013 after the government replaced feed in tariffs with regulated asset value-based payments to recoup a state deficit.

Enforced retroactively, the government set a ‘reasonable rate’ of return at 7.4% over the project's lifespan, based on a premium to Spanish bond rates. Previously, plants had enjoyed rates of return over 10%.

The move prompted a plethora of lawsuits. Antin Infrastructure Partners, then owner of the Andasol I and II plants, had based its investments on a 15% return, according to tribunal documents. 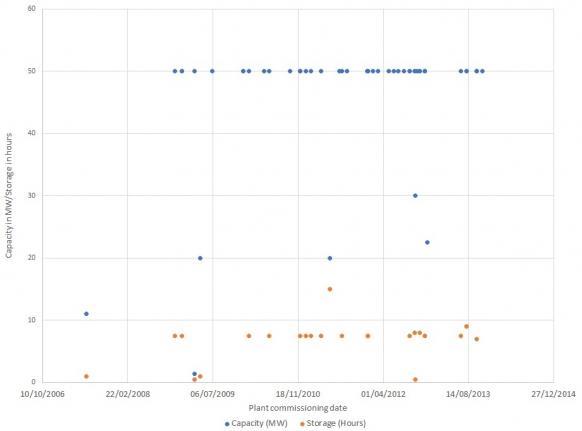 “Following the change in regulation, there was some uncertainty around the revenues of these plants into the future [based] on existing investments, but the impact of that change has now calmed, and plant revenues have stabilized,” Esteban said.

In a major boost for investors, Spain's socialist-led coalition government, elected in 2018, implemented a new law which guarantees renumeration for the next two feed in tariff periods, a total of 12 years. Enforced in late-2019, the state guarantees will only be available to those parties which have dropped arbitration proceedings against Spain's earlier roll back on tariffs.

The law secures the rate of 7.4% for assets commissioned prior to 2013 and 7.1% for those commissioned after then. Without the legislation, rates of return would have dropped to around 4.7%, Wolters Kluwer law firm wrote in December 2019. This would have had a major impact on operating revenues. According to ContourGlobal, 70% of project revenue came from regulated payments.

The government's move has provided greater certainty going forward, and as a result, attracted "more investor interest compared to just a year and a half ago,” Ignacio Asensio, Head of Business Development, EMEA at Cubico Sustainable Investments, told New Energy Update.

“This recently-published law is providing investors with the assurances and clarity they need,” Esteban said.

Not all investors were deterred by the government's 2013 tariff climbdown.

“We were the first investor after 2013 measures acquiring Andasol 1 and 2 – we were very confident in both the technology and regulatory regime expectations and factored that in our [return-on-investment] assessment,” Asensio said.

In 2018, ContourGlobal sold its 49% stake in Termosolar’s 250 MW CSP portfolio to Credit Suisse for a positive margin of 65 million euros after owning assets for less than a year.

Last year, Spain's CSP power output rose by 16.8% to 5.2 GWh, some 3.8% higher than the average for the last five years, according to figures from industry group Protermo Solar.

Another key driver of demand is the dispatch capabilities of CSP with storage.

Storage capabilities will become more valuable as more PV and wind capacity is brought online. Spain's latest Integrated National Energy and Climate Plan (PNEC) targets 74% of power from renewable sources by 2030. Spain aims to increase its wind power base from 22.9 GW in 2015 to 50.5 GW by 2030, and increase PV capacity nine fold from 4.9 GW to 36.9 GW, according to draft proposals under public consultation.

While battery costs are falling and increasing the competitiveness of PV plus storage, CSP with storage remains more economical over longer dispatch periods and can offer baseload power generation.

“We believe that the technology offers some big advantages in helping the network cope with the challenges of intermittent renewable power and we look forward to adding further assets to the portfolio in the future,” David Swindin, Cubico’s Head of EMEA said in a statement marking the group's latest acquisition.