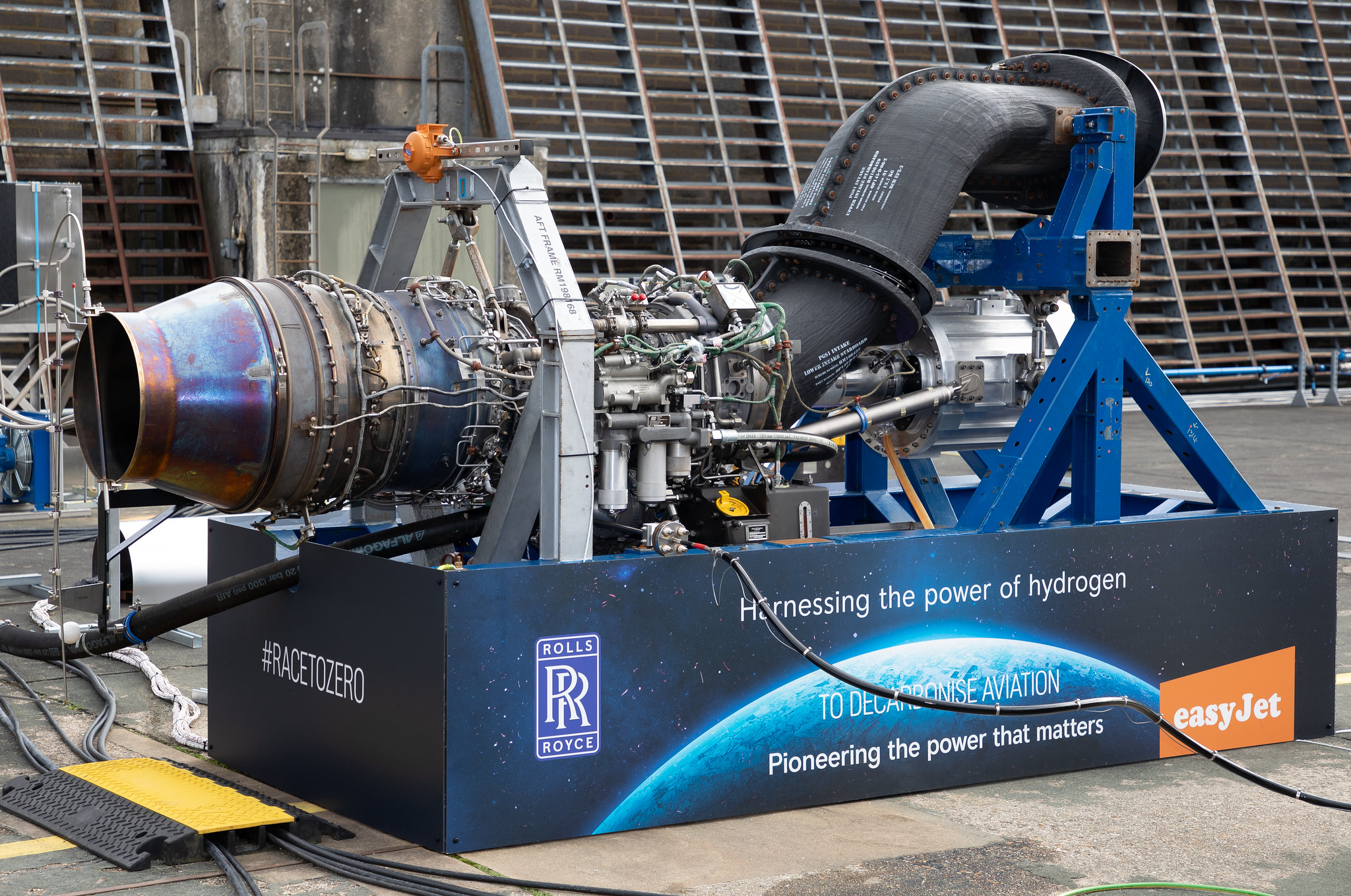 Rolls-Royce and budget airline easyJet have conducted tests on the world’s first run of a modern aero engine on hydrogen, the engineering company said in a statement.

The company used hydrogen produced from electricity generated by wind and tidal power.

The test marks a major step toward proving that hydrogen could be a zero-carbon aviation fuel of the future and proves the viability of the decarbonization strategies of both companies, it said.

The companies are planning a second set of tests and have a long-term aim to carry out flight tests using hydrogen fuel, Rolls-Royce said.

The two companies plan a series of other rig tests which will lead to a full-scale ground test of a Rolls-Royce Pearl 15 jet engine.

The tests were carried out using a converted Rolls-Royce AE 2100-A regional aircraft engine at an outdoor facility in Boscombe Down, England, while the hydrogen was supplied by the European Marine Energy Centre (EMEC) from its hydrogen production and tidal test facility in the Orkney Islands.

“We only announced our partnership with easyJet in July and we are already off to an incredible start with this landmark achievement. We are pushing the boundaries to discover the zero carbon possibilities of hydrogen, which could help reshape the future of flight.”

The proposed facility will use Fusion Fuel’s HEVO technology and will be capable of producing up to 9,300 tons of green hydrogen a year, the companies said in a statement.

The project will require around $180 million in capital investment and an investment decision is expected in early 2024 followed by commissioning in the first half of 2025.

The companies have already secured land-lease agreements for 320 acres in Kern County, California for the project’s development and has asked Black & Veatch to perform a concept study.

“In just under two years as a public company, Fusion Fuel has established itself as a key player in the Iberian green hydrogen ecosystem. However, we knew that entering a new market, particularly one as large and complex as North America, would require a cornerstone project and a credible partner,” said Fusion Fuel’s Chief Commercial Officer Jason Baran.

“Due to the unique combination of solar irradiance, California tax incentives, and proximity to large-scale offtake, Bakersfield is the ideal project to anchor our North American strategy.”

Offshore personnel transfer company Windcat has made an order for a series of hydrogen-powered Commissioning Service Operation Vessels (CSOVs) with maritime solutions company Damen Shipyards, the company said in a statement.

Damen Shipyards, Windcat, and CMB.TECH have designed the “Elevation Series” CSOVs, a new design with increased capabilities and flexibility compared to currently operating vessels, it said.

The initial order for two CSOVs, with an option for more, will be delivered from 2025, Windcat said.

The vessels will be built at the Ha Long Shipyard, Vietnam and will be delivered to Windcat Offshore, which focuses on offshore energy commissioning and services.

Windcat and CMB.TECH will provide the same dual fuel hydrogen technology for the Elevation Series as on board the world’s first hydrogen powered Crew Transfer Vessel (CTV), the Hydrocat, and will make a critical contribution to the development of rules and regulations related to the use of hydrogen as a fuel in medium-sized vessels, Windcat said.

Thailand, which has pledged to achieve carbon neutrality by 2050 and net zero emissions by 2065, through PTT and EGAT, will begin collaborating on a comprehensive plant to establish large-scale, renewable-powered green hydrogen and derivatives production facility for local consumption and exports, it said.

The project aims to produce around 225,000 tons of clean hydrogen, or the equivalent of around 1.2 million tons of green ammonia, a year.

“We are excited at the prospect of supporting green hydrogen and derivatives exploration and advancement in Thailand, a nation that shares our vision for reliably and responsibly delivering clean energy that drives the sustainability agenda and complements essential climate action worldwide,” Chief Executive Officer and Vice Chairman of ACWA Power Paddy Padmanathan said in the statement.