Perovskite properties could allow solar efficiencies of up to 44%, research shows

New research led by the Dutch and Japanese universities has shown that perovskite materials contain energy carrier properties that could boost conversion efficiency levels to as much as 44%.

Perovskite cell developers are continuing to increase efficiency levels as they prepare to launch commercial products.

In June, UK company Oxford PV announced a record-breaking 27.3% power conversion efficiency for its perovskite-silicon tandem solar cell. The UK company plans to make its perovskite technology commercially available by the end of 2019 or early 2020.

“Over time, we expect to be able to push the technology to 35% or a little bit higher than that,” Chris Case, Chief Technology Officer at Oxford PV, told New Energy Update.

Much higher efficiencies may be possible in the future, according to new research by the University of Amsterdam (UA) and Osaka University (OU).

The researchers found that electrons within perovskite materials hold a property called "carrier multiplication," which allows higher conversion efficiency from light into electricity.

Conventional silicon solar cells hold a theoretical efficiency limit of around 30%, the so-called Shockley-Queisser limit. Carrier multiplication properties have already been shown to allow an efficiency of up to 44%.

"Until now, carrier multiplication had not been reported for perovskites. That we have now found it is of great fundamental impact on this upcoming material," Chris de Weerd, a researcher at the University of Amsterdam who submitted the study in her PhD, said.

"This shows that perovskites can be used to construct very efficient photodetectors, and in the future perhaps solar cells," De Weerd said.

Venture capital (VC) funding for battery storage companies in January-September rose by 39% compared with a year ago to $783 million, Mercom Capital said in a quarterly report published October 22.

There were 10 battery storage mergers and acquisitions in the first nine months of this year, compared with three transactions in the same period a year ago.

In contrast, VC funding for smart grid companies in January-September fell by 31% to $264 million, Mercom said. 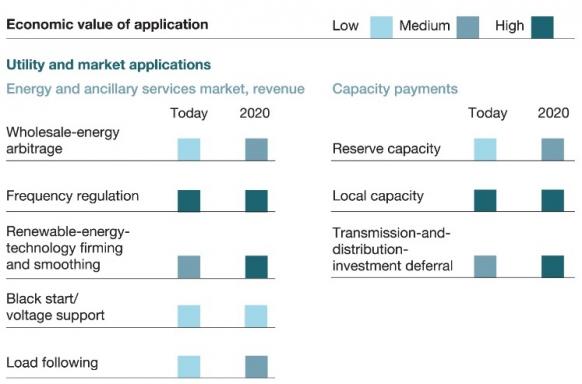 The plant will consist of 5 MW of solar power capacity and a 10 MW battery storage system. The facility will support solar shifting by storing peak solar power generally produced between noon and 2 PM and dispatching this power during peak demand between 3 PM and 7 PM.

The plant will be built on a 50-acre site provided by the Southwest Research Institute (SwRI).

"SwRI aims to gain valuable insight into the efficiencies of both solar production and battery energy storage," CPS Energy noted.

Data from the project could help CPS Energy develop "similar projects on a larger scale," it said.

RES has already installed or under construction some 3 GW of wind and 238 MW of solar capacity in Texas.

RES has already installed or under construction some 3 GW of wind and 238 MW of solar capacity in Texas.

Wind, solar plants generate over 20% of power in 10 US states

Wind and solar plants produced over 20% of power output in 10 U.S. states in 2017, the Energy Information Administration (EIA) said October 11.