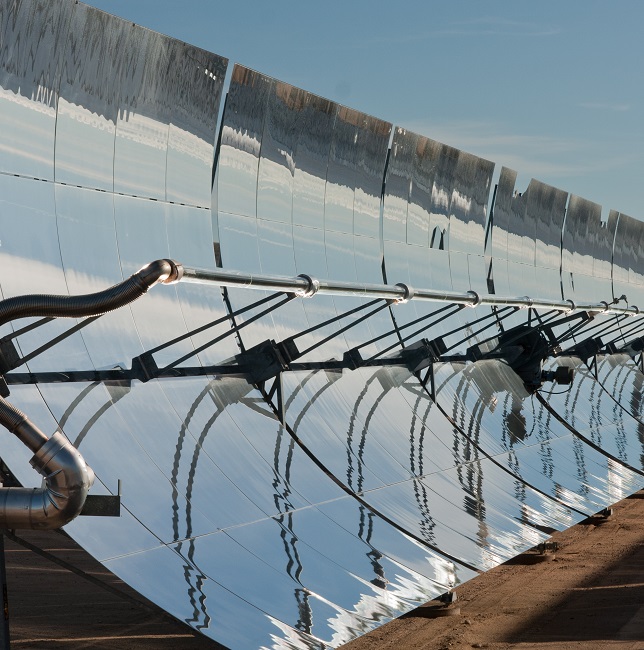 The World Economic Forum has identified Namibia and Botswana as a solar generation hub for southern and eastern Africa. (Image credit: Froukjebrouwer)

In August, the World Economic Forum's Global Future Council on Energy unveiled a giant solar expansion plan in Botswana and Namibia that could provide over 4.5 GW of PV and CSP power to customers in southern and eastern Africa.

The plan, which has received the backing of Botswana and Namibia government officials and the World Bank, proposes a phased approach to large-scale PV and CSP construction.

The first phase would consist of 300 to 500 MW of new PV and CSP capacity built in Botswana and Namibia to supply domestic demand. Two subsequent phases could see the construction of a further 4 GW of capacity which would be exported via upgraded power interconnectors to supply the 17-member Southern Africa Power Pool (SAPP). 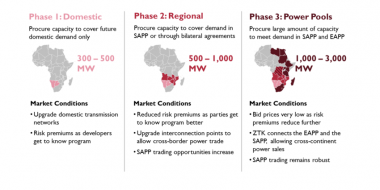 Botswana and Namibia both host vast swathes of low-cost land that records direct normal irradiance (DNI) of over 2,200 kWh per year, similar to solar levels seen in Morocco, a fast-growing CSP market. Previous CSP feasibility studies in Botswana have earmarked the country’s North West copper mining region and the diamond mining area of Jwaneng. In Namibia, CSP projects have been proposed in Arandis, Swakopmund District and Khorixas, Kunene Region, but these have been shelved.

"So the Namibian and Botswanan support for the program that Power Africa [Global Future Council member] and WEF have assembled is critical,” Pinsley said.

The WEF's proposal has blindsided many regional experts that have been working with national utilities on domestic solar PV programs.

By mid-2019, Namibia had closed on 90 MW of renewable projects, including the country’s only large-scale PV project to-date, the 37 MW Hardap PV Project.

In July, NamPower unveiled a 4.7 billion Namibian dollar ($338 million) plan to build 220 MW of new renewable capacity at four plants. The new capacity will reportedly include PV, wind and biomass. NamPower would itself develop 150 MW and the remaining 70 MW would be procured from independent power producers, Simson Haulofu, managing director of NamPower, said.

“Most of the solar projects built in Namibia to-date have been 5 MW or less. Botswana began procurement for 100 MW of solar PV a couple years back, but has yet to successfully build any utility-scale projects in the country,” he said.

NamPower has been assessing the feasibility of a 135 MW CSP project in Arandis, near Swakopmund on the Atlantic coast, but this project is now not expected to be built within the company’s 2019-2023 business plan.

“The scale of the [WEF's] planned program far exceeds what has already been done in [those] markets to date," Pinsley said.

"So the governments will need to convince investors that the program will materialize,” she said.

The first phase of deployment in Botswana and Namibia would "develop the market and build local capacity for managing the required technologies," WEF said in a statement.

"Critical to its success, and in a strong demonstration of political will, the proposed mega-solar project development approach proposes a competitive tendering process that will phase in the solar power,” it said. 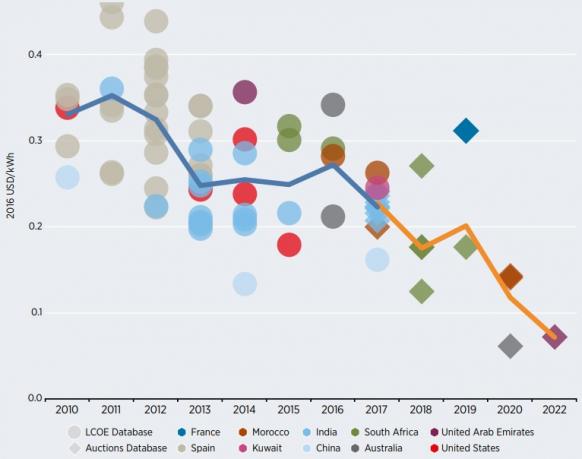 This was evident in South Africa, where competitive tenders saw CSP prices fall by around a half over a five year period. South Africa's has installed 500 MW of CSP capacity and ACWA Power is building the 100 MW Redstone CSP plant in the Northern Cape province. South Africa's latest 20-year Integrated Resource Plan (IRP) includes no explicit support for new CSP projects.

"All EPCs [engineering procurement construction groups] and most developers in South African CSP projects have been international companies who have brought their technical and development know-how to the market,” one project adviser active across southern Africa, said.

“We expect to see the same unfold in Botswana and Namibia,” the source said.

“A phased approach will ensure that overbuild does not happen and grid reliability is maintained through modest amounts of renewables coming online at the same time,” Pinsley said.

The WEF proposal comes as Namibia and Botswana move towards more liberalized power markets that should attract more international developers.

Namibia and Botswana both have "strong legal and regulatory environments" that will encourage investors to participate, WEF noted.

They also have the lowest corruption indexes in Africa while Botswana has the strongest credit rating in the continent, it said.

“Both are strong markets and will attract investors should a structured and reliable program be put in place,” Pinsley said.