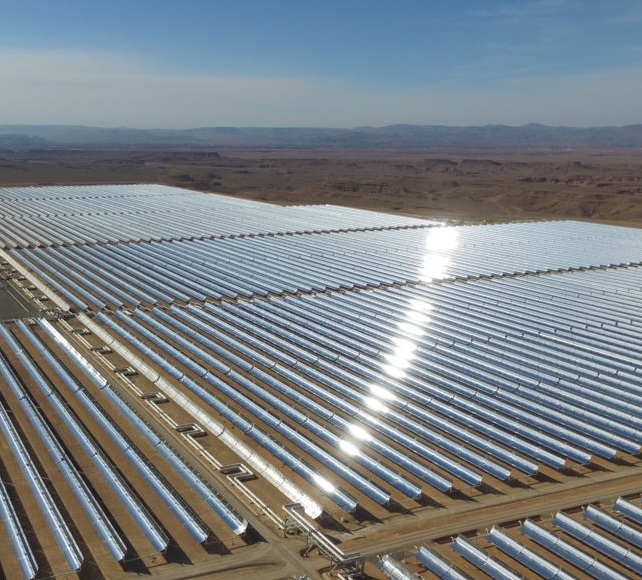 The Noor Midelt I tender was won by a parabolic trough-PV proposal at a record-low price.

Morocco has launched a tender for the 230 MW Noor Midelt II CSP-PV plant in central Morocco, following the recent allocation of the 800 MW Noor Midelt I project to an EDF-led consortium at a record-low price of 68 dirhams/MWh ($71/MWh).

Developers will have until September 16 to prequalify for the Noor Midelt II tender, the Moroccan Agency for Sustainable Energy (Masen) said. The project forms part of Morocco's goal to supply 52% of power generation from renewable sources by 2030, equivalent to 6 GW of new capacity.

Noor Midelt I will be located 20 km north of the town of Midelt, on a site measuring direct normal irradiance (DNI) of around 2,360 kWh per square-meter per year. Construction will begin in Q4 2019 and the plant is due online by 2022, EDF said.

Morocco has already completed three CSP plants at its Noor Ouarzazate solar park for a combined capacity of 510 MW. All three plants were developed by a group led by ACWA Power.

Spain's CSP plants generated a record output of 2.8 TWh in the first half of 2019, some 19.3% higher than the historical average and accounting for 2.4% of national power generation, according to data published by grid operator Red Electrica.

Installed CSP capacity is around 2.3 GW and new build activity halted in 2012 after the Spanish government introduced sales taxes and removed subsidies.

Credit Suisse Energy Infrastructure Partners recently purchased a 49% stake in 250 MW of Spanish CSP capacity from ContourGlobal at a price of 134 million euros ($151.0 million). The five 50 MW plants are situated in south-west Spain and came online between 2009 and 2012.

ContourGlobal, a UK-based power plant investment group, purchased the plants from Spain's Acciona last year. The price paid by Credit Suisse was almost double the net investment made by ContourGlobal.