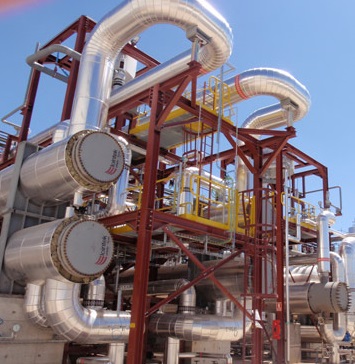 Under a turnkey contract, Lointek will engineer, manufacture, install and commission the power island.

The $4.4 billion Noor Energy 1 project includes three 200 MW parabolic trough systems supplied by Spain’s Abengoa, a 100 MW central tower plant supplied by U.S. developer BrightSource and 250 MW of PV capacity. The plant will host some 15 hours of molten salt CSP storage capacity and is scheduled to be brought online in phases in 2021-2022.

Shanghai Electric is the contracted Engineering, Procurement, and Construction (EPC) supplier for the project. In January, Germany's Siemens won a contract to supply four steam turbine generators and auxiliary equipment to the project. The Siemens supply contract includes three 206 MW turbines for the three parabolic trough units and a 108.5 MW turbine for the central tower unit.

The Dubai Electricity and Water Authority (DEWA) has awarded the plant a 35-year power purchase agreement (PPA) at a record-low levelized tariff of $73/MWh. The storage system will allow the plant to supply power 24 hours a day, 365 days a year. 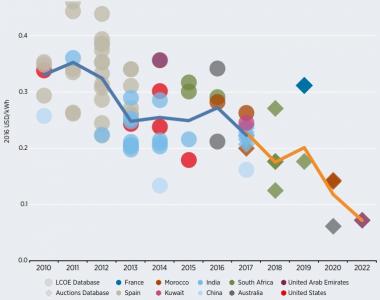 The $4.4 billion cost of Noor Energy 1 will be met by $2.9 billion of debt and $1.5 billion of equity. DEWA is to provide $750 million, half of the project equity. Of the remaining half, ACWA Power will provide 51% and China's Silk Road Fund 49%. Over 70% of the project debt will come from Chinese banks including Industrial and Commercial Bank of China Limited (ICBC), with the remainder supplied by international and regional banks.

Lointek has supplied power systems for 3.5 GW of installed CSP capacity, representing around 70% of the global market, according to the company.

Denmark's Aalborg CSP is to supply its header-and-coil technology to the steam generator systems for the 600 MW parabolic trough section of the Noor Energy 1 plant, the company said in a statement February 18.

Aalborg's steam generator system is a 100% welded coils design based on steam boiler technology, rather than the conventional U-tube system design.

Spain sets out plan to double CSP capacity by 2025 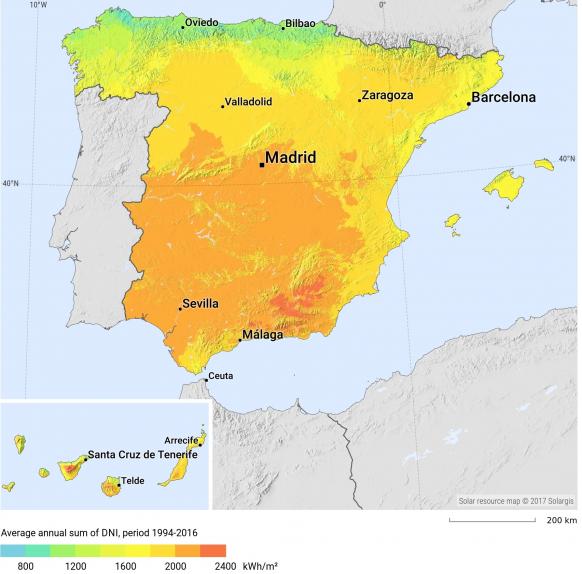 Spain hosts 2.3 GW of CSP capacity, almost all of Europe’s installed CSP base. The plants were commissioned between 2008 and 2013, before activity was halted by the removal of state subsidies. Spanish companies continue to develop CSP technology and play a major role in international projects.

Other potential markets include the southerly countries of Portugal, Italy and Greece.