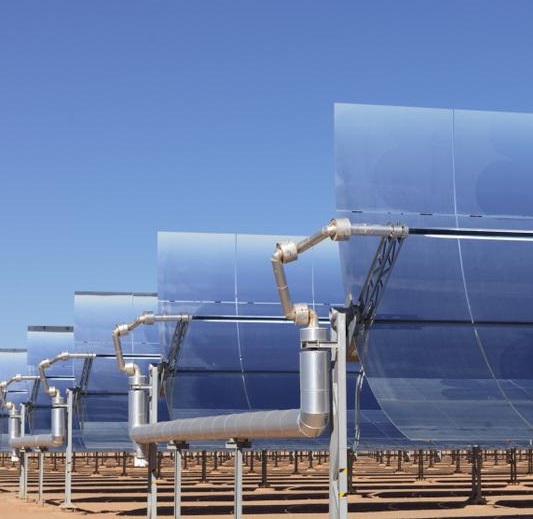 Morocco has received approval for a $25 million loan from the Climate Investment Funds’ Clean Technology Fund (CIF CTF) for the Noor Midelt Phase I combined PV and CSP project, the African Development Bank (AfDB) said in a statement July 3.

The AfDB and the World Bank have already agreed to support Noor Midelt Phase I, which consists of two hybrid PV-CSP projects each of CSP gross capacity 150 MW-190 MW and a minimum of five hours of thermal storage.

The Noor Midelt project is to be developed through an independent power producer (IPP) scheme in which the successful consortium designs, finances, builds and operates the plants and sells the electricity to MASEN under a 25-year power purchase agreement.

The tender requirements stipulate the CSP technology must be a synthetic oil parabolic trough system with storage or a molten salt tower with storage, official documents show.

The Moroccan government has chosen to support hybrid PV-CSP plants for Noor Midelt to provide low-cost power output during the day and electricity supply after sunset.

Morocco has set a target of installing 10 GW of wind and solar power by 2030 and the country has been a frontrunner in CSP deployment.

The government has preselected solar development sites at Ouarzazate and Midelt, both situated in central Morocco.

A fourth phase at Ouarzazate, Noor IV, will see two PV plants developed with a combined capacity of 70 MW.

Royal Tech is currently developing a 50 MW parabolic trough plant in the city of Yumen in Western China and a 100 MW plant in Inner Mongolia.

The Chinese company has been involved in the research and development (R&D) and industrialisation of CSP technology since 2009. The company is involved along the value chain, from R&D through project development, component manufacturing, commissioning and maintenance.

The fluid can withstand thermal stress up to 425 degrees Celsius enabling high-efficiency levels, and has a freezing point of minus 55 degrees Celsius, significantly lower than conventional heat transfer fluids.

China plans to build 1.3 GW of CSP capacity by 2018 in a first batch of 20 CSP projects. The plants will benefit from some of China's best solar irradiation conditions, but many of them will be subjected to extreme desert and winter weather conditions.

These include the Western regions of Qinghai and Yunnan provinces, which experience sandstorms and aridness, as well as mid-winter temperatures that can drop to minus 40 degrees Celsius and rise to up to 20 degrees Celsius in one day, Wei Zhu, CEO of Thermal Focus, a Shanghai-based provider of solar tracking systems, told CSP Today.