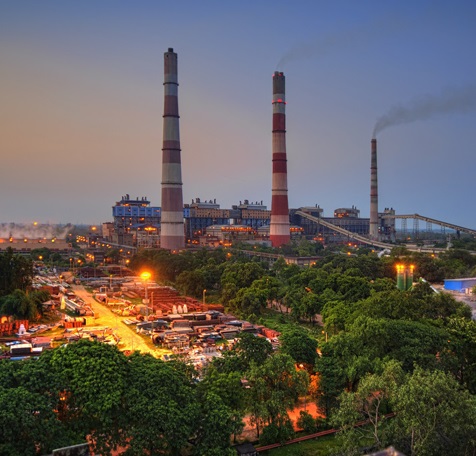 NTPC’s solar augmentation project is to use Fresnel technology to supply 14 GWh per year into the water-steam cycle of a coal-power unit at the Dadri fossil fuel plant complex. The plant is situated in Uttar Pradesh in north-west India and has a direct normal irradiance of 1169 kWh/m2 per year.

Indian engineering firm Thermax is the EPC provider for the project while Frenell is supplying its Fresnel technology. The Fresnel-based project offered a lower bid price than competing parabolic trough and solar tower projects in a competitive tender held in 2016.

The 15 MWTh CSP plant will be integrated into a wet-cooled 210 MW unit at the Dadri plant complex, which hosts 1.8 GW coal and 817 MW gas-fired capacity. The plant is scheduled for completion by September 2017.

Dadri has suffered from intermittent coal supply shortages which have prevented it from producing its peak load. The CSP plant will raise efficiency and reduce carbon emissions by around 4,060 tons per year, according to a project document published by NTPC in May 2016.

“By using solar heat instead of turbine-extraction steam, the coal-fired station will use less fuel,” Mehlitz told New Energy Update.

Thermax estimates some 1.7 GW of solar augmentation projects could be built in India, M.S. Unnikrishnan, CEO of Thermax, said in a statement in November.

“Thermax is prepared to continue the lead in offering such integrated solutions,” Unnikrishnan said.

The solar thermal hybrid plant is expected to produce thermal efficiency of 24.4%, compared with 16%-18% for a stand-alone CSP project at the site, according to NTPC documents from May 2016.

The levelized cost of electricity from hybrid CSP-coal plants can be around 1.8 times lower than that of stand-alone CSP plants, according to a presentation made by Frederic Siros, solar thermal expert at EDF, in 2014.

Capital expenditure can be around half that of stand-alone plants and hybridization makes better use of medium grade heat, the presentation said.

India is already home to the world’s largest Fresnel CSP plant, the 125 MW Areva-Reliance Power in Rajasthan, which has been operating since late 2014. 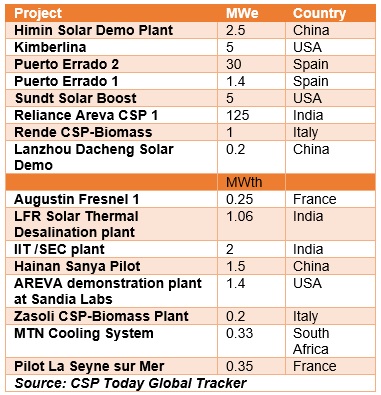 Fresnel-based solar fields are simpler to deliver than parabolic troughs and solar towers, as they use a simple support structure and widely-available materials.

Frenell has also recently increased heat transfer fluid (HTF) temperatures to up to 550 degrees which “will increase power block efficiency significantly,” he said.

Fresnel is to set up a local fabrication unit in India which will be used to assemble the supporting structure of primary reflector units, Mehlitz told New Energy Update.

“We expect to achieve substantial cost reductions by sourcing materials such as steel and potentially mirrors from the Indian market,” Mehlitz said.

Areva pursued numerous solar-coal boosters in the high-DNI markets of Australia and South Africa before it exited the solar thermal industry.