Site activities are underway for the Duba 1 Integrated Solar Combined Cycle (ISCC) station which will host the largest integrated CSP capacity in the Arabian Gulf region. 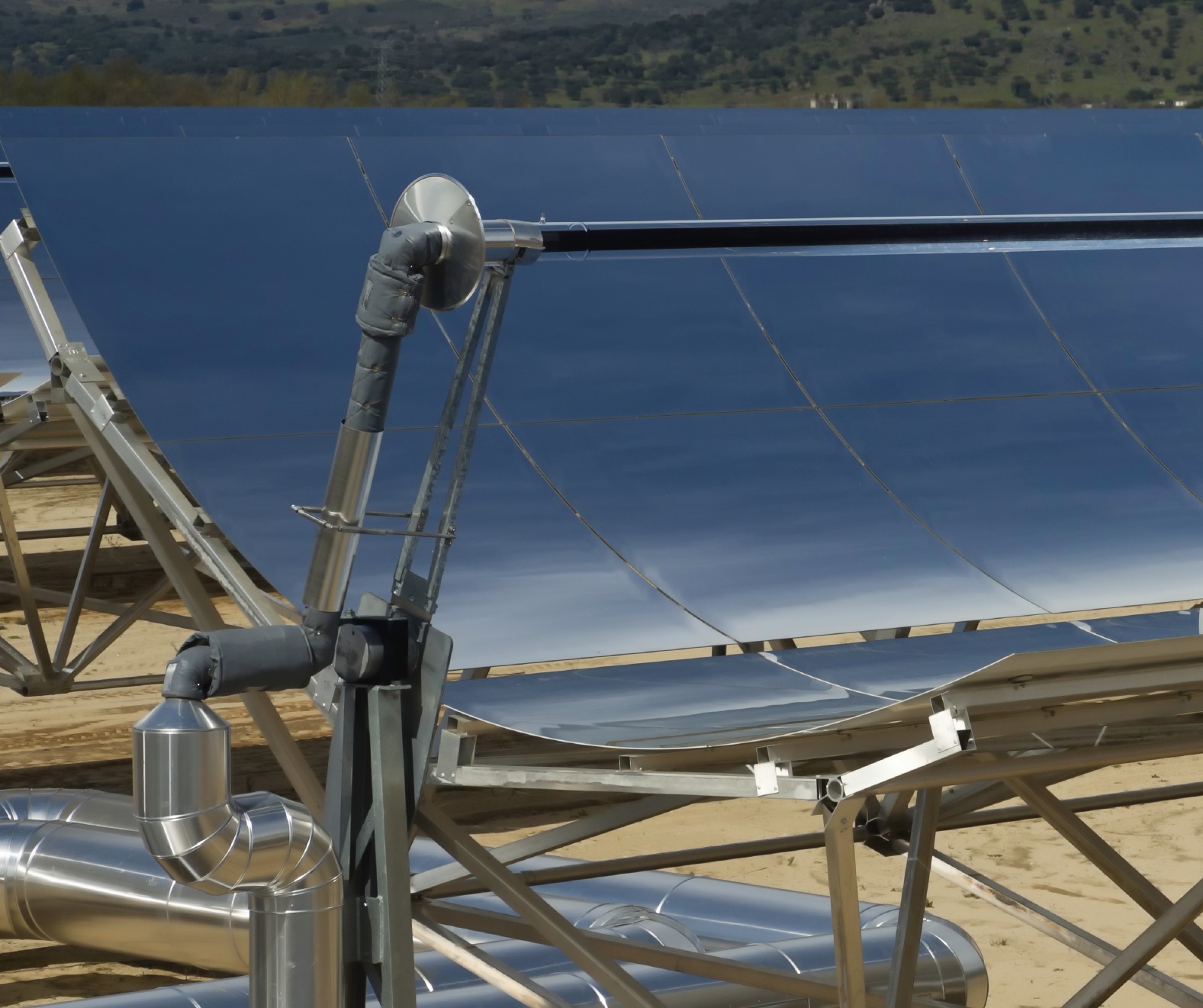 The 605 MW power plant will include a 43 MW parabolic trough array, around double the largest solar capacity on an ISCC in the Middle East and North Africa to date.

“Duba’s CSP capacity is not a huge leap from existing ISCC plants. Once you’ve solved the complexities for 25 MW, you can overcome any difficulties in building a larger capacity,” Eng. Khaled Alrashed, president and CEO of project developments at Saudi Electricity Company (SEC) told CSP Today.

“The only initial constraint was the land. We needed a big area– around 1 square kilometer,” he added.

The capital cost of the solar thermal facility is projected to be less than half the lowest CSP cost achieved up until now, due to the economies of scale associated with the large plant project.

“We got the cheapest CSP cost per installed kilowatt from Duba 1and Waad Al Shamal – less than $1,600/kW,” Alrashed said. The 1,390 MW Waad Al Shamal plant is set to follow on from the Duba 1 project and provide 50 MW of solar capacity.

The capital cost for standalone parabolic-trough plants without storage currently ranges from $3,500/kW to $8,000/kW, according to IRENA’s Renewable Energy Generation Costs 2014 report.

SEC, the owner and offtaker of the Duba 1 plant, awarded Spain’s Initec Energia a $663 million EPC contract for the project in November 2015. Local partner Saudi Services for Electro-Mechanic Works was also brought on board.

GE will supply the power island, including two gas turbines, two heat recovery steam generators, a steam turbine and all the auxiliaries. Initec Enegia will construct the entire plant and install the solar system.

Duba 1 will be the first ISCC plant to use condensate as a gas turbine fuel when it starts operating in 2017. Condensate, which has properties similar to naphtha, is already used in some of Saudi Arabia’s other gas turbine power plants.

“When we start planning for a project, the available fuel generally dictates how the project is developed. In the north, the fuels available were gas and condensate, so we designed a plant that could generate the maximum power output coupled with the maximum possible efficiency based on the selected fuels,” said Alrashed.

The power plant is being built north of Duba city, at around 140 kilometers from Tabuk Province on the Red Sea Coast, in the north west of the country.

According to Ziyad Alshiha, president and CEO of SEC, this area of Saudi Arabia is a developing region with limited grid interconnection, so the additional power generated by Duba 1 will be important in supporting economic growth.

One of the key challenges initially faced by SEC was deciding on the most suitable CSP technology for the ISCC plant. Consequently, the choice was kept open to encourage the participation of various suppliers and create competition, and to enable SEC to evaluate different technologies.

Fresnel, parabolic trough, and tower technology providers all expressed their interest in supplying the CSP unit, including Novatec and Flagsol from Germany, TSK, Abengoa and Elecnor from Spain, and Solar Euromed from France.

Given that the proposals were so varied, SEC met with each company to determine whether the technology being offered could meet their requirements in terms of reliability and availability.

“This is the first project of its kind for SEC so technology selection was always going to be a challenge. All the suppliers were saying ‘we offer the best solution’ but we needed to establish what was of prime importance for SEC – a reliable plant that will operate for 25 years,” asserted Alrashed.

The developer incorporated a long-term service agreement that involves the CSP system supplier throughout the plant’s lifecycle, thereby ensuring that the reliability and availability targets set for the plant would be met.

“We de-risked the technology by setting all the conditions that we thought would fulfil our technical requirements and by involving the solar system designer with a long-term service agreement to be part of the operations and maintenance,” Alrashed said.

“We wanted a supplier who was confident of their technology and saw no risk. We wanted companies that spent a lot of time on development and had a mature and proven solution, all which translates into commercial factors.”

In addition, SEC communicated with various ISCC operators, and the company decided to choose parabolic trough technology on the basis it would provide the maximum output at the lowest levelized cost of electricity (LCOE).

As construction starts on the Duba 1 plant, work is progressing simultaneously on two other ISCC projects in the kingdom: the 1,390 MW Waad Al Shamal plant with 50 MW CSP and the 3,600 MW Taiba facility with a provision of 180 MW CSP.

In December, GE was awarded a $980-million contract for Waad Al Shamal under which it will deliver the turnkey power plant, supplying four gas turbines, a steam turbine and the solar technology. The project is set to become operational in early 2018.

The Taiba project is in the early stages of bidding and SEC is in the process of purchasing the major equipment. The plant will be completed on a lump-sum turnkey basis within 53 months from the date of the contract.

Building ISCC facilities is clearly the preferred route for SEC when it comes to implementing CSP, allowing the company to gain construction and operation experience without taking significant risks.

“Waad Al Shamal and Duba will produce the cheapest CSP worldwide; this is the main driver for SEC.”