As CSP bids continue to fall, experts expect a growing price gap between projects in countries such as Chile at the lower end of the scale, and the likes of the U.S. at the other end. 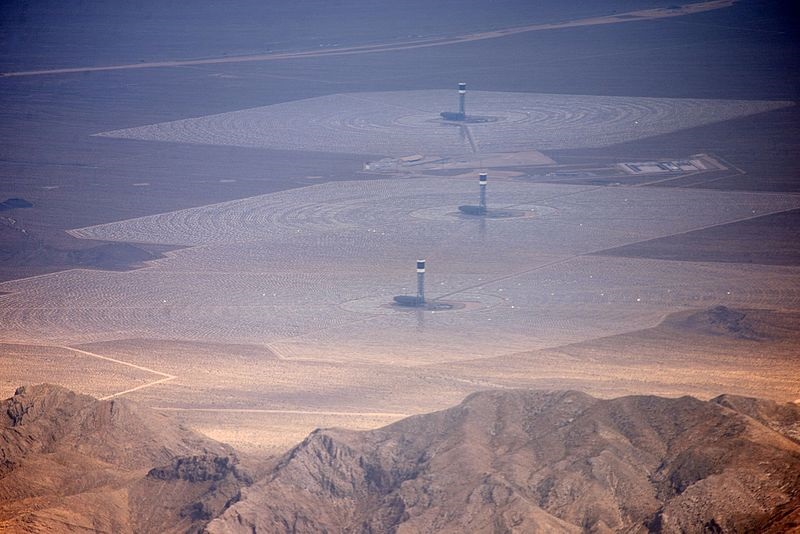 The US led early research into CSP, leading to the construction of numerous plants, including Ivanpah in California, built in 2014 (Image credit: Craig Butz / Wikimedia Commons)

Auction results suggest CSP will generate power globally at a levelized cost of electricity (LCOE) of $60/MWh to $100/MWh by 2020, the International Renewable Energy Agency (IRENA) estimates. IRENA says CSP prices will fall at a rate of 30% for every doubling of cumulative installed capacity from 2010-2020, compared to a learning rate of 35% for solar PV, 21% for onshore wind, and 14% for offshore wind.

These figures mask price differences between regions. As Jonathan Walters, senior consultant at Castalia Strategy, noted, 2017 saw bids as low as $73/MWh in Dubai, $63/MWh in Australia, and less than $50/MWh in Chile.

Craig Turchi, a senior engineer and researcher specializing in CSP at the U.S. National Renewable Energy Laboratory, said NREL expects CSP prices in the U.S. to stand at about $100/MWh in 2020. NREL suspects “lower labor costs and favourable financial terms” are responsible for the lower prices being reported in other countries, Turchi said.

As CEO of Solar Reserve, the company which submitted the (unsuccessful) sub-$50 bid in Chile and the (successful) $63/MWh bid in Australia, Kevin Smith is well-placed to comment on the reasons for these record-low CSP prices. He named four factors: labor costs; size, in which projects with multiple towers afford economies of scale; solar resource, where the higher direct normal irradiance in places such as Chile’s Atacama desert helps to more efficiently capture and convert sunlight into energy; and economic and political stability, where eliminating currency risk makes debt and equity financing less expensive.

“The real story is scale,” Walters argued, explaining that monopolies benefitting from fixed feed-in tariffs had historically prevented the attainment of economies of scale. Now that ACWA Power’s 700 MW Dubai Electricity and Water Authority project is single-handedly increasing global installed CSP capacity by 14%, and with China planning to add the equivalent of the current 5 GW global capacity by 2020, Walters said economies of scale will kick in to further reduce costs. 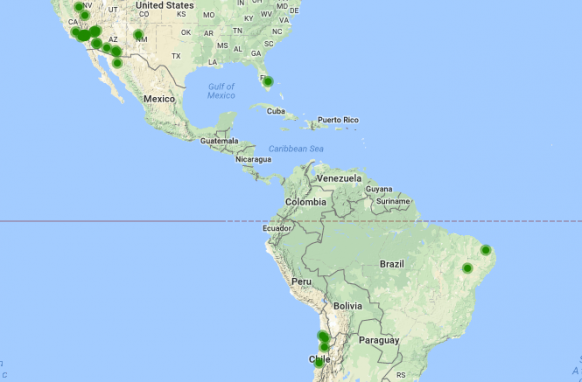 As CSP bids fall to record lows, a price gap is seen emerging between projects in the US and Chile (Image: CSP Today Projects Tracker)

New technologies are another pathway to cost reductions, and the fact that some of these technologies only appear in a handful of projects makes it difficult to produce reliable cost estimates for the entire industry, Turchi argued. For example, he noted that the salt-tower design is still in “a phase of rapid learning and optimization,” and that there are still only a few plants built around towers, compared to dozens built around parabolic troughs. He said NREL expects costs for salt-tower plants to decline as solar fields become more standardized, and as constructers and investors become more familiar with the technology.

Turchi and SolarReserve’s Smith both nominated thermal storage systems as a technology well-placed to see cost reductions and thereby drive further decreases in the price of CSP. Smith said the costs of energy storage would fall as developers learn from projects in which storage is deployed.

CSP and PV complementary rather than combative

The IRENA report showed that solar PV is the only major renewables sector that enjoys a superior learning rate to CSP.  Some PV projects are selling energy at an LCOE of $20/MWh to $30/MWh, and some panelists at CSP Seville 2017 noted that PV has 80 GW in global installations, compared to just 5 GW for CSP – giving PV an obvious cost advantage. Smith also pointed out that PV has utilized high-volume panel manufacturing in Asia (primarily China) – an advantage CSP cannot replicate.

Working against PV, Smith said, is that the energy storage issue has not been resolved and will increasingly challenge electrical distribution systems as PV penetration increases globally. “Curtailment issues and ability to meet shifting peak demand are becoming increasingly critical in California, China, and other global markets with high solar penetration. These issues are reducing the future value of renewables without storage.”

Ultimately, as Walters said, “CSP and PV are not really substitutes for each other any more... CSP and PV are actually complementary. PV by day and stored CSP by night can give you very cheap 24-hour solar energy.”

Smith said: “It is important to keep in mind that these CSP-with-energy storage projects are delivering both energy generation and energy storage, at a combined price. Thus, a more accurate cost comparison would be to evaluate CSP with energy storage versus PV plus batteries, or PV plus natural gas peaking plants that are required to back up intermittent generation during cloudy periods and peak usage hours in the evening.”