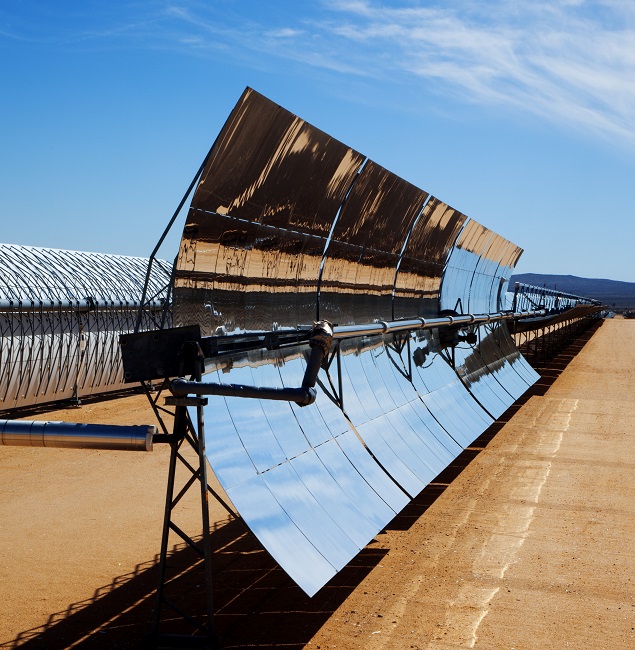 Abengoa has halved its financial debt since the start of the year. (Image credit: Skodonnell)

Abengoa returned to positive operating profit (EBITDA) in the first half of 2017 after completing its financial restructuring in March and restarting business operations, the company said September 29.

EBITDA measured 16 million euros ($18.9 million) and would have been 117 million euros if adjusted for one-off costs. Profitability rose on the back of reduced overheads and operating profit continued to be impacted by asset impairments, the company said.

Abengoa filed for Chapter 11 and 15 bankruptcy protection in 2016 and sold off certain assets to reduce its debt pile. In September 2016, the company signed a restructuring agreement with financial creditors and investors.

Abengoa's key short-term objectives include the sale of its 41% stake in Atlantic Yield and the completion and sale of its A3T cogeneration plant in Mexico. These assets will be sold to pay off 1.1 billion euros of new liquidity provided to Abengoa by creditors. Further debt reductions are due from 2022 onwards "with low financial cost," the company said.

Despite limited financial resources, Abengoa was awarded 761 million euros of new contracts in the first half of the year, raising the engineering and construction (E&C) backlog to 1.9 billion euros.

Abengoa's E&C business has identified a pipeline of 37 billion euros of projects, of which 47% are in power generation, 24% in water supply, 24% in transmission and 5% in services.

Some 45% of these potential projects are in South America while 21% are located in the Middle East and 15% in Africa. The majority of new projects would be through EPC contracts and Abengoa plans to increase the weighting of smaller projects in its portfolio.

In August, Abengoa achieved the "practical completion" of its Xina Solar One CSP plant in Northern Cape, South Africa.

The "practical completion" of Xina Solar One project certifies the plant can be handed over to the consortium of project owners, which includes Abengoa, Industrial Development Corporation (IDC), the Public Investment Corporation (PIC) and the Xina Community Trust.

Xina Solar One will provide power to Eskom under a 20-year power purchase agreement (PPA).

GlassPoint Solar and partner Petroleum Development Oman (PDO) have used new designs and manufacturing methods to cut the cost of their 1 GW Miraah CSP enhanced oil recovery (EOR) plant by 55% compared with an earlier project, according to media reports.

Glasspoint installed a 7 MWth solar-EOR plant at PDO’s Amal West field in May 2013 and the company began constructing the giant Miraah plant on the same site in 2015. The developer consortium has reduced the material required for the mirrors by around 18% compared with the earlier project and deployed a lighter and stiffer mirror support structure which uses 30% less aluminium than earlier designs, according to documents seen by reporters.

In addition, the Miraah plant uses a new drive system for sun tracking with one-third fewer motors and the developers have deployed new tools which have reduced labor hours by around 60%, the documents said. The project is also clearly benefiting from economies of scale.

Low oil market returns and higher dependency on gas supplies have led countries such as Oman and Kuwait to develop CSP enhanced oil recovery (EOR) as a way of reducing production costs.

The Miraah solar plant is expected to produce 6,000 tons of steam every day and save as much as 5.6 trillion BTU of natural gas each year, which will be used for Oman's industrial development, power generation and LNG exports.

In 2011, GlassPoint became the first developer to demonstrate the commercial viability of solar EOR when it installed a 300 kW project in the U.S. state of California.