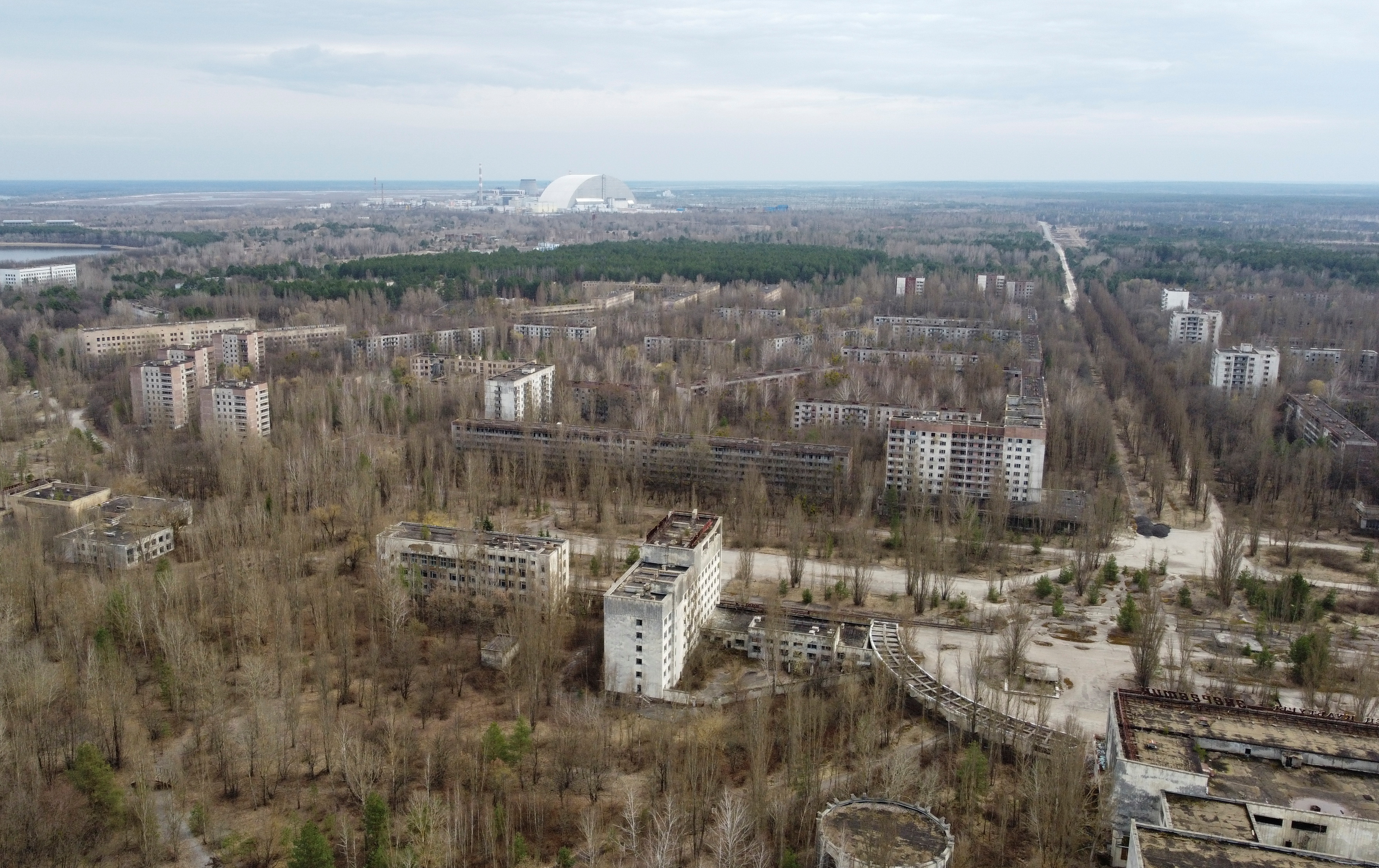 The Chernobyl site with sarcophagus behind the abandoned town of Pripyat 35 years after the meltdown. (Source: Reuters/Gleb Garanich)

Surry Power Station, an around 1,600 MW nuclear power plant run by Dominion Energy and located in southeastern Virginia, has been cleared to extend its operating licenses for an additional 20 years, the utility said in a statement.

The Nuclear Regulatory Commission (NRC) is also reviewing Dominion’s application to renew the licenses of Surry’s sister plant, the two-unit North Anna Power Station in Louisa County, Va., after Dominion applied for the extension in 2020.

Surry and North Anna generate almost a third of the electricity for the company’s around 2.7 million customers in Virginia and North Carolina and represent 92% of the carbon-free electricity generation in Virginia.

The Surry reactors, as with all nuclear reactors in the United States, were originally licensed to operate for 40 years from when they came online in 1972 and 1973. They were cleared to extend these licenses by 20 years on March 20, 2003, keeping them active until 2032 and 2033.

The latest extension means the two reactors will be able to operated until 2052 and 2053 respectively.

U.S. President Joe Biden is considering introducing taxpayer subsidies to keep nuclear plants from closing, Energy Secretary Jennifer Granholm said during a FY 2022 budget request for the Department of Energy subcommittee on May 6.

Nuclear subsidies would be likely included in Biden’s multi-trillion-dollar infrastructure and jobs plan in the form of “production tax credits”, unnamed government sources told Reuters earlier in the week.

When asked how the government would help keep existing plants running, Energy Secretary Jennifer Granholm said subsidies were under consideration during the subcommittee.

“The DOE has not historically subsidized plants, but I think this is a moment to consider and perhaps it is in the American jobs plan or somewhere to make sure we keep the current fleet active,” Granholm said.

“We’re not going to achieve our climate goals if our nuclear power plants shut down. We have to find ways to keep them operating.”

The United States has 93 working nuclear reactors, making the technology the country’s top source of carbon-free power generation, but many of the plants are due to close within the next ten years and very few replacement power stations are being built due to high competition from cheap natural gas and increasingly economical renewable sources such as wind and solar.

However, Biden has doubled down on the previous administration’s efforts to encourage research into new technology including advanced and small modular reactors and has said repeatedly that nuclear needed to be part of the country’s energy mix.

Biden’s team would be eager to work with Congress on potential subsidies for existing plants, Granholm said.

Westinghouse Electric Company has agreed to buy Laveer Engineering, a Canadian firm specializing in nuclear power, to expand its CANDU capabilities and enabling the company to deploy its expertise to CANDU operators around the world, the group said in a statement.

The Canada Deuterium Uranium (CANDU) reactor is a Canadian pressurized heavy-water reactor that was first developed in the 1950s and 1960s and is now used in countries around the world including Canada, South Korea, China, India, Argentina, Romania and Pakistan.

The Westinghouse acquisition will give the company a more robust platform for outage maintenance services throughout the different CANDU markets, the company said.

"Both companies share a similar philosophy of innovation and a desire to execute projects at the highest level," said Peter Gowthorpe, Director of Laveer Engineering.

"In addition, Westinghouse is committed to attracting and growing young talent to be the leaders of tomorrow. I look forward to our future as part of Westinghouse, and I am excited to see what we can accomplish together."

Finland’s radioactive waste management company Posiva Oy has started the excavation of the final disposal tunnels in Olkiluoto, in the Eurajoki municipality, the company said in a statement.

“The start of the excavation is a significant milestone for Posiva, as it comes after years of development activities on research and methodology for rock construction,” the company said.

The repository will be the first in the world for used fuel and is expected to start operations in the mid-2020s, according to Posiva’s Programme Manager Kimmo Kemppainen.

Over the next 18 months, the extensive building effort will begin with the excavation of five tunnels. The company estimates that some one hundred deposition tunnels will be evacuated during the 100-year operational period of the final disposal facility, with a total length of around 35 kilometers.

The tunnels, the longest of which will be 350 meters, are about 4.5 meters high and 3.5 meters wide.

About 30 canisters will be placed in one tunnel, accommodating about 65 tons of spent nuclear fuel, the company says.

Work on the first five tunnels is part of Posiva’s around 500-million-euro ($608 million) EKA project that covers all the final disposal facilities needed, including bother their construction and the equipment, as well as the start of the final disposal operation in the first deposition tunnel, Posiva said.