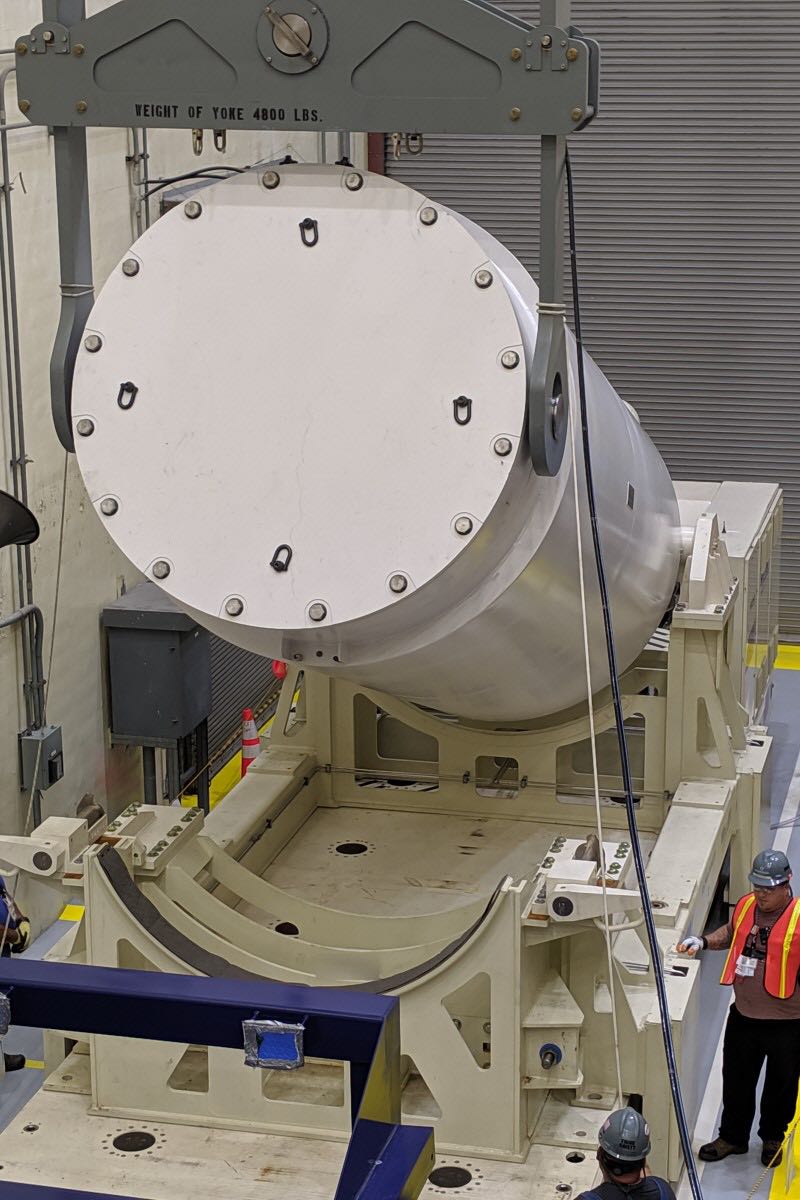 The use of EOS, licensed by the US Nuclear Regulatory Commission (NRC) for heat loads of up to 50 kW per canister, means used fuel can be transferred to secure dry storage after a shorter period of time.

According to Orano, EOS is the first dry storage system to load and store used nuclear fuel with heat loads above industry experience to date, which has ranged between 14-34 kW per canister. Each EOS canister averaged 44.75 kilowatts.

“The EOS system allows a shutdown site to accelerate the transfer of used fuel from the pool to the Independent Spent Fuel Storage Facility, enabling the site to shorten its transition period and accelerate updates to the facility’s emergency response plan,” said Orano.

The assemblies were developed as part of the US Department of Energy’s (DOE) accident tolerant fuel program. The assemblies containing three varieties of GNF’s IronClad solution are the first fueled ferritic steel-based cladding assemblies to be installed in a commercial reactor.

"We continue to work with our customers and partners to develop fuel solutions to lead the industry into the future," said Jay Wileman, President & CEO, GE Hitachi Nuclear Energy. "With support from the industry and the Department of Energy, we are advancing this fuel technology at an aggressive pace."

ATF concepts are also being developed by Framatome and Westinghouse with the help of DOE funding, while development programmes are also underway in Russia and China.

The removal of nuclear waste at the UK’s Berkeley power station has begun more than 30 years after the site was decommissioned.

Berkeley is a disused Magnox power station, which was one of the world’s first commercial nuclear power stations. Operations ceased at the power plant in 1989 and part of the facility has already been dismantled.

The cost of decommissioning is estimated at 1.2 billion pounds ($1.57 billion).

Waste products are being removed from the concrete vaults containing graphite from the fuel elements, as well as materials from the cooling ponds and the laboratories, and is expected to take up to six years.

“When the power stations first started generating, I do not think there was much thought put into how the waste was going to be dealt with or retrieved,” said Berkeley waste operations director Rob Ledger. “It has taken a while to develop the equipment and the facilities to do this.”

The waste material will be stored in an intermediate storage facility until a long-term solution is found.