NASA's Artemis to take nuclear power to the moon

It's been almost exactly half a century since the last person set foot on the moon and now NASA’s Artemis project is returning to set up a permanent base with a nuclear power source.. 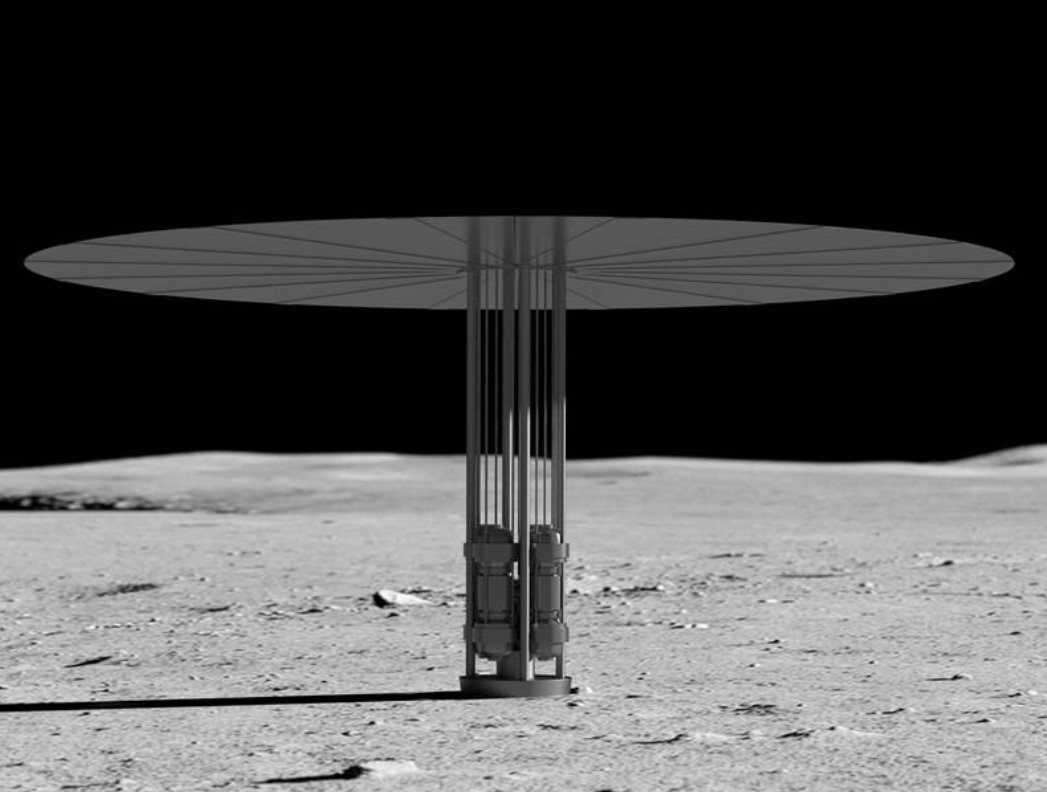 The Artemis I project’s uncrewed Orion spacecraft, which flew further than any spacecraft built for humans, is just the first of increasingly complex missions aimed at turning the moon into an outpost with a long-term human presence and as a steppingstone to Mars and further space exploration.

But, in order for a human inhabited moon base to function on the lunar surface, where temperatures swing between -233C at night and 123C during the day, a reliable, constant power source is needed, and part of that power source will be nuclear, NASA has said.

“We’re investing in what is characterized as an Earth/moon economy by developing a capability for a sustained human presence on the surface of the moon. There are some basic needs that accompany this, and high-powered infrastructure is one of them,” says Anthony Calomino, nuclear technologies portfolio manager for NASA’s Space Technology Mission Directorate.

NASA and the U.S. Department of Energy (DOE) announced earlier this year they have selected three concept proposals for Phase One design of a fission surface power (FSP) system which, initially, would provide at least 40 kW of power, enough to run 30 households for ten years.

Those include designs from Lockheed Martin, partnered with BWXT and Creare, Westinghouse with Aerojet Rocketdyne, and IX, a joint venture between Intuitive Machines and X-Energy and partnered with Maxar and Boeing.

The plan is to build a system that is scalable to a higher power without having a wholesale new design on the reactor or the power conversion systems. Capacity needs to be scalable to hundreds of kilowatts and, eventually, megawatts, something which fission power systems are uniquely suited to do, Calomino says.

Phase Two will include a tested flight system that will transport a demonstration to the lunar surface by the end of this decade.

The main challenge for any system headed for the moon is that it must be jettisoned out of the Earth’s atmosphere as efficiently and economically as possible, and that means keeping the system’s mass at a minimum.

“Mass is always the biggest concern for any space hardware, because it has to leave Earth, so the lighter you make it the better that capability can be in terms of servicing an operation in space,” Calomino says.

“In terms of size and mass, kilowatts per kilogram, and just the logistics of getting this capability right, it has to be designed to be built on earth, then we have to get that hardware to wherever it is we want to use it, and these are relatively small, compact systems that are well suited to that.”

For a 40-50 kW system, the reactor itself would be around the size of a small trash can, though once the systems are built around that including electronics, controls, and safety components, that grows to the size of a refrigerator.

Add to that the power conversion system, such as radiators, the entire system grows to a medium-sized shipping container.

Such a system could be transported in one or two payloads, or one launch vehicle. The system must be able to function reliably under the extreme conditions found on the lunar surface where lunar nights last the equivalent of 14 Earth days, and must run for 10 years without refueling or any backup from human staff to conduct operations and maintenance.

The system must also be capable of functioning once NASA is ready to explore further afield, so testing must include conditions that may be encountered on Mars too, says Fission Surface Power Project Lead at Idaho National Laboratory (INL) Sebastian Corbisiero.

“For the Phase One RFP (Request for Proposal) we explicitly asked the contractors to provide their insight into what would change in a Martian environment versus a lunar environment. Whether you can have the exact same system be viable on the moon and Mars with zero changes, that is unlikely and that’s the reason we asked: what would need to be changed if we did this on Mars?” says Corbisiero.

“The landing requirements are different, the dust situation is different, temperature differences … application to a Mars environment is not a requirement, but is something we are looking to understand.”

The demonstration will also need to produce a power system that is completely stand-alone, he says.

“The design requirements state that no astronaut or any other robotic involvement can be assumed to be available. Once the system has landed on the moon, there is no expectation of maintenance. If one thing breaks, the system should be able to continue operation at reduced power, but if enough things break unexpectedly, eventually it will stop working and that will be it,” Corbisiero says.

The power generated from the reactor will not be relied upon to support human life, he notes, adding that the FSP reactor effort will be overseen by INL as a first-of-a-kind deployment with a goal to demonstrate functionality on the moon.

NASA and space exploration has been at the forefront of technological advancements since the very beginning and taking nuclear power to the moon is no exception.

Designing a nuclear reactor that can work outside of the Earth’s atmosphere and under the extreme conditions on an atmosphere-free satellite such as the moon can provide invaluable learnings for the industry as a whole.

The technological feedback loops for the designers of the fission surface power system can help inform that same technological development for terrestrial use.

“As we’re developing these capabilities, we pay close attention to where can we give back to the technical community on earth,” says NASA’s Calomino.

“We’re trying to drive the size and weight of these systems down and that has a direct possibility to affect the way that we design small modular reactor (SMR) systems on earth so that they could be smaller and lighter weight as well.”