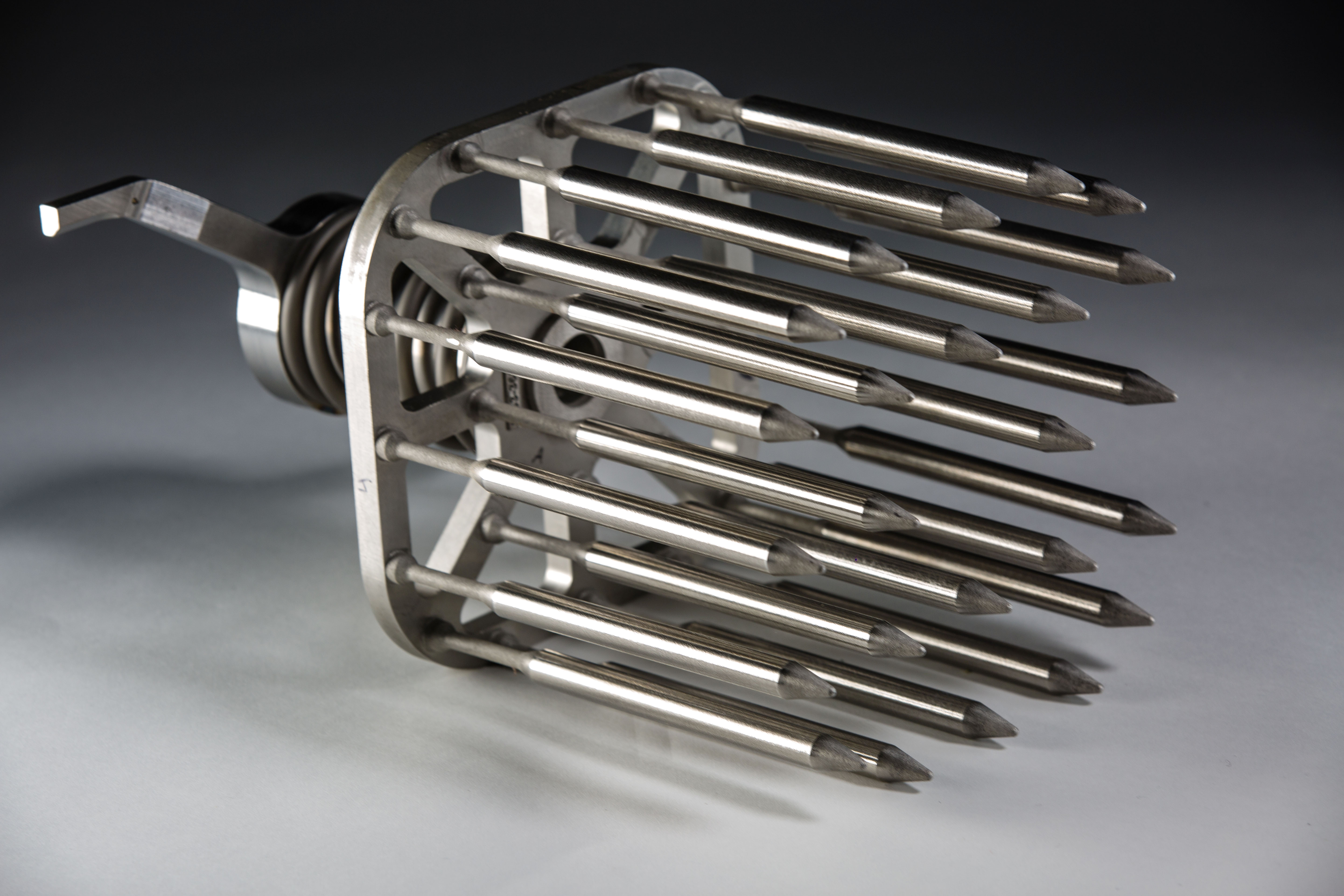 The thimble plugging device, made of AM 316L stainless steel and non-AM 304, was installed in Exelon’s Byron Unit 1 nuclear plant, with an installed capacity of 2,300 MW and located in Byron, Illinois, during the plant’s spring refueling outage.

“This is the very first additively manufactured component, with powder bed fusion technology, to go into the reactor vessel of a commercial reactor, more specifically, the fuel area, the core. So, this really is a big breakthrough for Westinghouse and the nuclear industry,” Clint Armstrong, Advanced Manufacturing expert at Westinghouse tells Nuclear Energy Insider.

Using 3D printing, also known as additive manufacturing, has many major advantages over traditional manufacturing techniques for the nuclear industry, says the U.S. Office of Nuclear Energy. Greater design flexibility and advanced manufacturing means the industry no longer needs to rely on decades old materials and techniques developed during the first round of nuclear power, and gives designers room to produce novel solutions.

Also, the large amounts of data collected and analyzed during the building of a system layer-by-layer shortens the time needed to deploy a material because of the deeper understanding of how that material will perform.

Westinghouse uses powder bed fusion additive manufacturing, a technique that uses either a laser or electron beam to melt and fuse material powder together, layer by layer. The beam is aimed at cross-sections defined by a 3D model, fusing the material to create a solid structure.

The thimble was originally planned to be installed by fall of 2018, but the ground work and Nuclear Regulatory Commission (NRC) approval took longer than originally expected.

The device was cleared through the NRC’s 10 CFR 50.59 (Changes, tests and experiments) evaluation process, Armstrong explains.

“Part of the effort of Westinghouse was to go through and demonstrate the manufacturing process, the oversight and qualification of the process as well as the component, and then to also go through the U.S. regulatory requirements to get something in to the core,” he says.

Having passed the thimble through the rigorous NRC vetting processes, the team at Westinghouse has laid the groundwork for future pieces though Armstrong notes that they will still need to pass every component through the NRC.

“We have a template. We have all the identification put together, so we have a lot of information and documentation that we could probably at least manipulate to be used for another component. You’d just have to do the component part of the qualification,” he says.

Westinghouse’s thimble is just one of many parts in construction through the additive manufacturing process.

The world’s first 3D-printed commercial nuclear part was installed by Siemens in 2017 for the Krško nuclear power plant in Slovenia.

The part was a metallic, 108 mm diameter impeller for a fire protection pump, which provides pressure for the fire protection system at the plant and is in constant rotating operation.

The installation was a good example of how the process can be used to lengthen the lives of older plants. The plant was commissioned in 1981 and the company that originally manufactured the impeller had gone out of business. In order to manufacture an obsolete part, the Siemen’s team reverse engineered the original piece and then created a clone before its additive manufacturing facility in Finspång, Sweden used a 3D printer to produce it.

The copied part meant the plant could remain operational until the end of its full life expectancy. According to Siemens, AM can cut lead times for power generation components by around 50% and reduce R&D time by around 75%, including design iteration loops.

These samples were sent to be printed in metal at the GE Power Advanced Manufacturing Works facility before they were shipped to the Idaho National Laboratory (INL) where they are to be irradiated in the INL’s Advanced Test Reactor.

“The irradiation has been completed and we’re now getting data from that. The results will support deployment of 3D-printed parts for fuels, services and new plant applications,” Jonathan Allen, a spokesman for GE Hitachi, told Nuclear Energy Insider.

The next big thing

Companies working in additive manufacturing are currently looking at a 3D manufactured debris filtering bottom nozzle, a piece that could reduce pressures through the core and, potentially, improve plant performance and plant efficiency.

“Debris filtering features in bottom nozzles would stop any kind of small debris entering in the reactor and getting into the fuel and into the fuel assemblies. This is very costly for utilities and it’s something we’re trying to eliminate as much as possible in the nuclear industry,” says Armstrong.

“Everyone has their own design,” he adds.