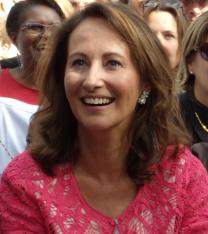 France's energy minister Ségolène Royal has expressed according to French media that the country’s state-controlled nuclear energy industry was imminent, following Areva’s announcement that it would report a 2014 net loss of about EUR4.9bn, compared to €500m in 2013.

The minister has expressed to France’s nuclear power companies to “organize themselves to refocus on their core business, to forge alliances between major French enterprises and to win bids at the international level.”

Duke Energy Florida will refund $54m it collected from ratepayers to pay for a nuclear plant in Levy County that it will no longer construct.

According to news reports, Duke filed a request that asks state regulators to approve a proposal to drop an average $3.45 a month charge from bills. A spokesman for Duke said the charge could be removed as soon as this summer.

Duke announced in 2013 it was abandoning plans to build the plant in Levy County on Florida's Gulf coast.

The UK's Magnox Limited and Research Sites Restoration Limited (RSRL) are being merged into a single site licence company as part of changes being introduced by the new parent body organization Cavendish Fluor Partnership (CFP), it has been reported.

CFP is a joint venture between the UK's Cavendish Nuclear, part of Babcock International, and US-based Fluor Corporation.

The company was awarded a contract by the Nuclear Decommissioning Authority ( in September 2014 to manage 12 UK nuclear sites and their respective decommissioning programs.

The 14-year contract is expected to be worth around £4.2bn ($6.5bn), according to World Nuclear News.

Indian Point is investing more than $50m, including about $30m on employee salaries, to complete the refuelling and other important projects at unit 3.

That investment translates to additional economic activity for the surrounding communities from dozens of vendors and hundreds of additional contract workers, many from outside the area.

Finland’s nuclear plant operators have committed a combined €2.38bn for waste disposal and decommissioning activities in 2014. The latest funds appropriated are up from 2013’s €2.16bn.

In Finland, nuclear power companies bear the costs of nuclear waste management, and the funds for that purpose are collected into the State Nuclear Waste Management Fund.

While it is the responsibility of the operators to commit the funds, it is the Ministry of Employment and the Economy that determines the share of each nuclear power company in the State Nuclear Waste Management Fund as well as the waste management fee to be paid to the fund, according to World Nuclear News.

However, each nuclear power company’s share of liabilities in the fund is decreased by the investments it has made in final disposal.

Australian landholders have until May 5th to put forward potential sites for a national radioactive waste management facility under a voluntary site nomination process launched by the Australian government, according to World Nuclear News.

Ian Macfarlane, the minister for industry and science, has invited nominations from landholders in all states and territories for a facility to store intermediate level waste and dispose of low-level waste from Australian medical, research and industrial processes.

The OPAL research reactor, which produces radioisotopes for use in medicine, research and industry, is where most of the waste will be coming from.

Plans for a national radioactive waste management facility at Muckaty Station in the Northern Territory were shelved in June 2014 when the Northern Land Council, which represents Aboriginal peoples in the area, withdrew its nomination of the site, said WNN.