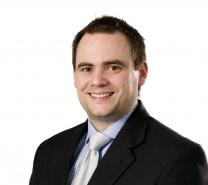 Al Goodwin heads up the commercial projects team at Foot Anstey, one of the UK's largest law firms based outside London. He has advised private sector contractors, sub-contractors, lenders and public bodies, including the Nuclear Decommissioning Authority and Ministry of Defence, on projects with a combined value well in excess of £14bn.

Q: With regards to business opportunities in the European nuclear power decommissioning sector, what is the current market potential in terms of euro/pound sterling?

A: This is the $64,000 question (or, according to some sources, the €66bn question) – the short answer is "massive", but nobody really knows how massive. Part of the difficulty is defining the "market" for these purposes. Is it purely decommissioning activity, or does it include waste management (as Euratom believes it should)? What about the ancillary market for things like specialist recruitment services, professional advisory fees, worker accommodation and other services, etc.?

Whilst these ancillary market items are relatively small-fry compared to the core decommissioning costs, they are not insignificant numbers, especially when extrapolated across the whole decommissioning activity landscape.

Another difficulty is that there is no such thing as a meaningful "average" decommissioning cost per reactor, or per site – although countries with a more uniform, commoditised nuclear estate may be able to come closer to calculating a sensible average than those, like the UK, whose estate is more of a patchwork representation of evolving reactor technology – and investment appetite – over the decades.

Each site is unique, presenting unique challenges, and with a correspondingly unique decommissioning costs base. On top of this we have differing decommissioning techniques (immediate dismantling versus safe enclosure versus entombment) and differing end state requirements (brownfield versus greenfield, for example). Then there are countries' different approaches to safe operating periods and life extensions, which obviously impacts market size in the sense that countries which sweat their nuclear assets harder will have less frequent decommissioning needs.

In short, there are simply too many variables for a truly robust quantification of the European nuclear decommissioning market size. However, does it really matter? I would argue that it doesn't – we know that there are at least 25 reactors in Europe and Russia which are due to reach the end of a 35-year operating period within the next 5 years, and we know that, even if a meaningful average decommissioning cost is effectively impossible to establish, the minimum per-reactor cost almost certainly runs into 9-figure Euro sums (although obviously non-reactor decommissioning typically involves much lower values).

That is a massive market by any reckoning, and when the numbers get that large, does it really matter how much larger they may or may not be? There is plenty of the market to go around.

Q: As far as you’re aware, what are some of the latest financial models for nuclear decommissioning projects from leading banking and private equity companies? And what can be done to be better streamline financing for all parties involved?

A: I do think that financing of nuclear decommissioning is still in its infancy in terms of the range and sophistication of models being genuinely explored, by comparison to other, more established (but often less heavily-regulated) sectors. There is also a distinction to be made between financing of legacy-build decommissioning, which (in the UK at least) falls almost wholly to the public sector, and financing of new-build decommissioning on a "look-ahead" basis throughout the operating life of a reactor, which more commonly (and, in the UK, always now) falls to the operator.

In the UK, legacy-build context this has historically been driven by the contracting approach previously adopted by the Nuclear Decommissioning Authority (NDA), with 5-year contract terms discouraging low-margin – and therefore cost-effective – financing, and a costs-plus payment model effectively removing the need or incentive for well-leveraged decommissioning operations.

However, the Dounreay decommissioning contract awarded in April 2012 marked something of a sea-change, with a shift to longer-term, project-based contracting, with a target cost incentive fee element – changes which have been replicated since in other NDA contracts, and which made third party financing much more relevant. As someone who grew up as a lawyer advising on PFI (Private Finance Initiative) projects, I would love to see some of the expertise built up around project financing models (and now largely going unused) re-deployed in the nuclear decommissioning sector.

With the changes to the contracting approach, legacy-build nuclear decommissioning in the UK lends itself very well to the full range of sophisticated project finance models developed under the PFI, with lower margins over a longer term, and the emphasis on security taken over the contracted income stream rather than assets. Then, as the market matures, we may see other parallels with PFI financing emerge more clearly, such as a secondary market in refinancing once the decommissioning has passed through the more commercially and operationally risky dismantling / implementation stage, and projects enter the half-life waiting game.

In terms of new-build decommissioning financing, I again think that this is a relatively immature market, but one which is constrained by varying rules across Europe as to how decommissioning funds may be held, invested, and contributed to. For example, whether a fund must be segregated or can be non-segregated will make a huge difference to the range of financing models available, even before other regulatory considerations are played in.

That said, once the regulatory landscape is clear, I don't see this sector as being significantly different to any other sector in terms of the range of financing models which are possible – so, again, it is probably more a question of borrowing from and adapting existing wisdom than reinventing the wheel. For example, one of the issues will always be about risk profile for any investment of funds – in almost all cases there will be rules aimed at ensuring that investment policies do not expose the decommissioning fund to undue adequacy risk – given how the fund's adequacy requirements will vary and crystallise over time, it is hard to see how this is materially different to the profiling approach taken to pension funding.

A quick note on private equity. I am not sure that the regulatory environment lends itself well to private equity involvement at the top-tier of decommissioning – in short, the need (again in the UK, but broadly similar elsewhere) for the Site Licence Company to be the "controlling mind" of the nuclear site, with no interference from inappropriate / unqualified external third parties, makes it very hard for private equity players to get the comfort they would need around how the business is run. On the other hand, certain members of the wider supply chain will be ripe for PE involvement, especially those seeking to drive themselves up the tiers of the supply chain, and that is where most current PE activity seems to be concentrated.

Q: How can private companies and financial institutions get involved in the nuclear decommissioning market? Is it a straightforward process?

A: I think the above answer largely addresses this, but I would add that much more is made of how heavily-regulated the nuclear sector (and nuclear decommissioning in particular) is than is perhaps necessary. Yes, it is heavily regulated, but so is the aerospace sector, the defence sector, the pharmaceutical sector, and so on – all of which have been successfully penetrated by new entrants (both private companies and financial institutions), so why should nuclear decommissioning be any different?

As referred to several times above, the nuclear decommissioning market is still relatively immature – this means that it is perhaps a more unsettled marketplace than would otherwise be the case, and with less entrenched / unassailable positions for the various players, both factors which would be favourable to new entrants – especially new entrants with new ideas (or ideas which are proven in a different context, but are new to the nuclear decommissioning arena – the best of both worlds).

Much of the nuclear decommissioning marketplace is ultimately controlled by the public sector – which in a European context makes it subject to EU public procurement rules. Whilst this can load complexity and expense onto the process of pursuing opportunities, the transparency requirements around public procurement mean that many opportunities will be advertised, which opens up the shop somewhat.

Even if companies and financial institutions are not looking to get involved directly with public sector bodies or regulated utility companies, by monitoring such advertisements they can build a picture of the downstream opportunities, and target them accordingly, in a way which is much less true in many other sectors.

Q: What are some of the key stumbling blocks in current nuclear decommissioning?

Again, the above responses probably largely answer this. Yes, regulations impose restrictions, and can be more impenetrable (and less unified across Europe) for nuclear decommissioning than in other sectors, but they are also a very easy-to-see stumbling block, easily navigated with the right expertise (bought in if necessary) – as barriers go, the regulatory environment is more psychological than necessarily material.

Perhaps the greater stumbling block is one which goes hand-in-glove with the opportunities – scale. The values and risks involved are often so high that smaller, less well-resourced (and therefore perhaps less credible) organisations often struggle to get initial traction in the marketplace. The obvious answer to this is, of course, collaboration – whether with more established players or with other new entrants – to access improved cost-effectiveness, credibility, and capacity.