Zeroing in on community livelihoods in the palm oil industry

Unilever, Marks and Spencer and Sime Darby are at the forefront of working with governments and communities to meet their zero deforestation commitments, writes Eric Marx

Human rights concerns about the failure to establish free prior and informed consent (FPIC) are high in Liberia’s fast-growing palm oil industry.

According to Ali Kaba of Liberia’s Sustainable Development Institute, the Liberian government’s decision to award 50% of publicly owned land – where most Liberians live though they have no legal claim – to foreign investors under long-term leases for agro-forestry, logging and mining between 2005 and 2010 has led to many people being forced off their land.

People are losing most of their farmland, which is increasing food insecurity

“The companies started to obtain free and informed prior consent but most of it was through the government intimidating community leaders,” Kaba told a press conference in London in 2016. “People are losing most of their farmland, which is increasing food insecurity. Women are having to walk two hours to collect water, when they used to take half an hour. Logging activities are creating water pollution, and it is creating social fragmentation between leaders in communities.” (See Indigenous mission to EU tell of palm oil horrors)

Problems establishing FPIC have prevented Malaysian company Sime Darby, the world’s biggest producer of certified palm oil, from developing the concession of 220,000 hectares it was granted by the government in 2008. (See Deforestation briefing: Palm oil solution sought in Africa) 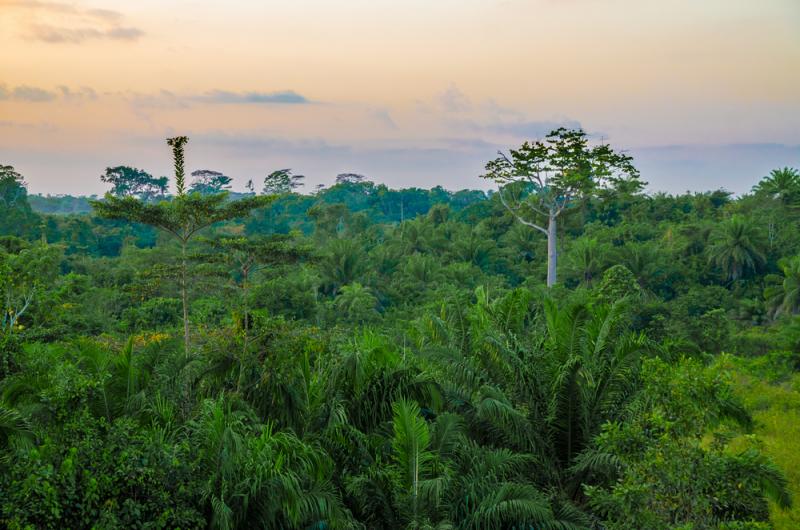 But Simon Lord, the company's chief sustainability officer, said in an interview that the company is now trialling something he calls participatory mapping, an engagement with local communities that recognizes customary land rights, and draws in different groups of land managers and stakeholders to achieve multiple social and environmental objectives.

“It's beyond what you would consider FPIC,” he said. It is also a departure from the High Carbon Stock Approach for assessing the conservation value of forests, a methodology agreed between NGOs and companies in the Roundtable on Sustainable Palm Oil last year, but more suitable for the mixed landscapes of Indonesia and Malaysia than Liberia’s dense forest.

Sime Darby’s approach, which Lord calls the Evergreen model, defines a new conservation value for low-carbon scrub areas, and focuses on livelihoods by giving knowledge and tools to smallholder farmers. That goes for both the commodity crop, palm oil, as well as security crops that enable a pivot away from slash-and-burn agriculture to static farming.

That includes diversifying income streams and providing value to farmers, with a first step being the recognition of customary rights and the possibility of getting land title.

“Now you have a land title and a guarantee from the company that we will buy your fruit,” said Lord. “With those two in hand you can go to a bank and take out a loan using microcredits.” 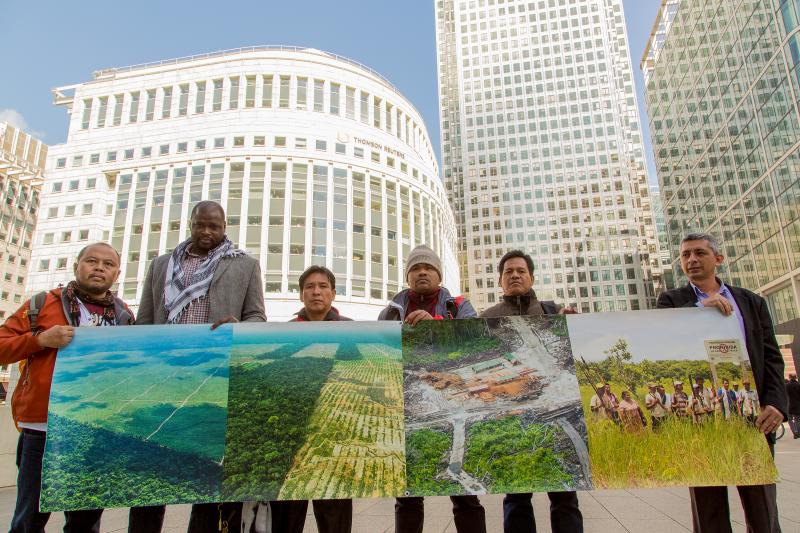 Lord is contrite about Sime Darby's early efforts to establish FPIC, which led to complaints being filed against the company by thousands of aggrieved villagers, Lord said the company is now intent on leading by example.

Aditi Sen, Oxfam America's senior policy advisor on climate change, says partnerships like the one being developed by Sime Darby will emerge as important ways for companies to meet their zero deforestation commitments.

At COP21 (the 2015 Paris Climate Conference), Unilever and Marks & Spencer announced that they would take a “jurisdictional” approach to sourcing, preferentially buying from areas that have forest and climate policies that address deforestation and livelihood issues comprehensively.

For Unilever this approach, which it also calls “production-protection”, has entailed working with local governments in Indonesia to improve the yields and livelihoods of smallholder farmers, in exchange for their support in the fight against deforestation.

It maps palm oil smallholders in at least three villages, helping farmers obtain land certificates, business licenses and environmental permits. Also part of the effort is the carrying out of baseline assessments of palm oil farmer organizations in two villages. The programme covers 1,400 hectares of land and, if successful, will be expanded to other areas in the district, said Unilever. 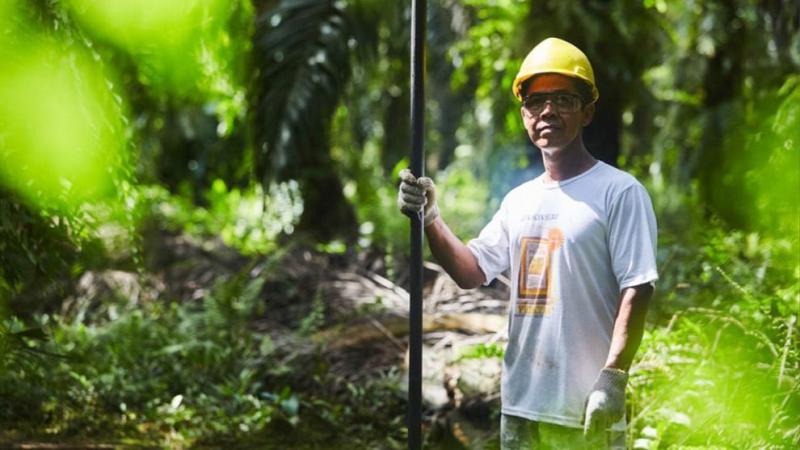 A palm oil smallholder in the Unilever programme: (Credit: Unilever)

He points out that while the High Carbon Stock Approach is a step forward in that it ensures lands are set aside for communities’ food security, livelihoods and wider development needs, its methodology is voluntary, while jurisdictional approaches aim to make standards mandatory “with the direct involvement of local government at the scale of entire districts, provinces, or even states,” Colchester said.

Sen said if jurisdictional approaches are designed in ways that ensure that local land users – especially small-scale farmers, indigenous people and women – are actively involved in planning and decision making, it offers the potential to holistically address risks related to climate change, livelihoods and social conflicts over access to and control over natural resources.

Eric Marx is a Berlin-based journalist covering issues ranging from green energy to sustainable sourcing, climate change and transparency. He has served as a correspondent for ClimateWire News and as an energy reporter with Montel newswire

This is part of our in-depth briefing Land Rights. See also: