Michael Levitin reports on how a raft of new legislation, combined with lower costs, is leading to an explosion in storage capacity in the Golden State

In the race to lower emissions and cut energy costs to consumers, battery storage has emerged as a leading clean energy solution in US states where solar, wind and other renewables are generating an ever-greater percentage of electricity. Recent aggressive policies in California have driven the battery market, and other states are following suit as the utility industry seizes on a decrease in costs and a growth in legislation to monetize storage technology.

Up until a few years ago, batteries were considered too expensive and untested to be used in a utility setting. But in the same way that costs for solar and wind power have dropped sharply over the past decade, lithium ion and other battery storage technologies have fallen dramatically in price, leading to a boom in their production and use. At the same time, the quality and performance of batteries has increased.

Compared with eight or 10 years ago, storage is much more in the toolkit of the electrical system

Analysts predict that Tesla’s new Gigafactory in Nevada will make enough lithium-ion batteries to further drive down costs by 30%. The International Renewable Energy Agency (IRENA) estimates global battery storage could grow from 1.5 gigawatts (GW) today to 250GW by 2030. And by 2020 batteries are forecast to be a $14bn market – seven times their value in 2015.

And this month, publicly traded utility PG&E, which provides electricity to 5.2 million California homes, applied to build the world's biggest battery using Tesla's Powerpack energy system. The lithium ion battery, at 182.5MW, would surpass the 100MW system it built last year in South Australia, the reigning world big battery champion (See South Australia's clean energy transition powers on).  While the new system will have capacity to produce 730MWh of energy, it could be expanded to 1.1GWh.

Meanwhile the San Francisco-based developer Recurrent Energy, has unveiled a plan to build 350MW of solar power, with up to 350MW of battery storage capacity, over 2,500 acres of public lands at the base of the Mule Mountains in southern California’s Riverside County.

To understand how battery technology has progressed so quickly, it’s necessary to look at the legislative model favouring energy storage in California, where the volume of renewables flooding the grid has made storage capacity more urgent.

The Golden State, which has more than 4.2GW of solar capacity, has pioneered various models to incorporate clean energy into the grid. To create more demand, it has accelerated a policy framework that is pushing down costs.

Tesla’s Gigafactory in Nevada will power enough batteries to drive energy costs down by 30%. (Credit: Tesla)

Compared with eight or 10 years ago, “storage is much more in the toolkit of the electrical system”, said Alex Morris, director of policy and regulatory affairs at the industry trade group California Energy Storage Alliance.

A big advantage is it allows utilities “to absorb the extra solar at the right time and discharge it at a later time, so you can be less reliant on traditional power resources”, says Morris.

California’s first battery storage law, AB 2514, came into effect in 2010 and established a mandate of 1,325 megawatts (MW) of installed battery capacity by 2020 among the state’s three investor-owned utilities (Pacific Gas & Electric, Southern California Edison and San Diego Gas & Electric). Prior to the law, which the California Public Utilities Commission (CPUC) formally adopted in 2013, battery storage was barely on the map, said Thomas Baker, partner and managing director of the Boston Consulting Group, which studies developments in the renewable energy sector.

In 2016, the law AB 2868 added an additional 500MW to that target. And last year, the bill SB 700 called on the CPUC to establish an Energy Storage Initiative whereby utilities were directed to use battery storage to help disadvantaged and lower-income communities better manage their energy supplies. In a further effort to make battery storage more affordable, the state’s Self-Generation Incentive Program (SGIP) provided funds for lower-income customers to install battery systems at homes, churches, community centres and elsewhere.

The Climate Group released a case study last year showing how California’s legislation blazed the path for battery storage nationally. Earlier this year, the Federal Energy Regulatory Commission issued orders 841 and 845, which affirmed California’s lead role as a developer in the battery market and suggested that other states pursue its model.

A new bill working its way through the California legislature, SB 1347, seeks to further drive the storage industry, with an emphasis on renewables integration and flexibility. The measure has a provision mandating that battery storage be made more cost-effective, while calling for an additional 2,000MW in installed capacity in the state by 2024. “SB 1347 is a really prudent planning step to keep the state moving in the direction of a high renewable future, only [applying] storage where it makes good sense,” said Morris. 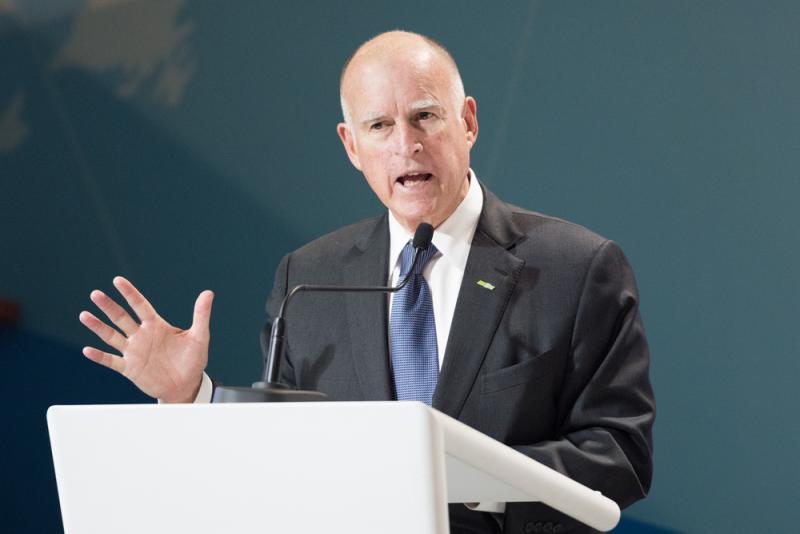 “It keeps industry focused on bringing the most competitive pricing to California, which is in the best interest of ratepayers. A lot of people will respond, costs will continue to come down, and we’re simultaneously feeding this into our grid to deal with current challenges concerning renewables integration,” he added. “The bill is signalling that California is taking this very seriously.”

The state generated 17% of its power from solar and wind sources in 2016 and added 95MW of new storage capacity last year, almost half the total added across the US. Some hotels, for example, are installing solar panels with battery storage so they can charge power during the day, when the grid has cheap and excess flow, then discharge it in the evenings when guest demand is high.

As renewable sources take a larger share of the energy market, the need for storage will continue to grow

Meanwhile, batteries employed in the state’s Imperial Irrigation District have provided frequency balancing to a previously unstable electric system. And Canadian company AltaGas has rehabilitated a gas-powered plant in the Los Angeles basin that now uses battery storage to provide power to residents. 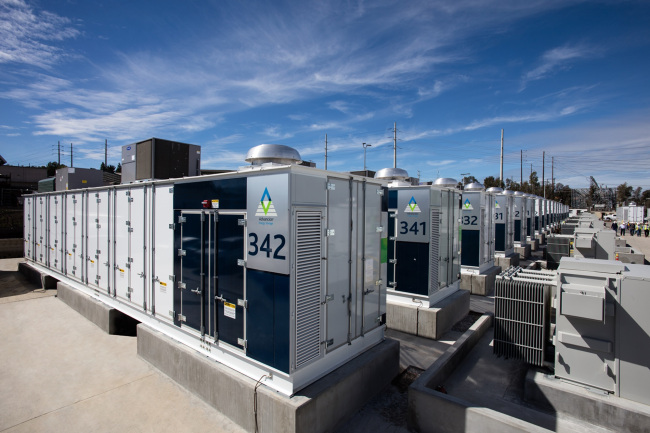 Like the industry itself, the uses and applications for battery storage are growing. To date, about 400MWh of storage nationally is used for frequency regulation, to keep the grid stable. Another application involves shifting energy to provide for times of peak demand on the grid. But probably the two biggest applications are known as renewables collocation – placing batteries where renewables are installed – and grid investment deferral, which improves grid management while enabling utilities to defer making bigger investment upgrades to their grid.

As renewable sources take over a larger share of the nation’s energy market, the need for storage will continue to grow. Batteries are particularly helpful in places that swing from high to low demand, like spots with lots of sun or wind, because they add flexibility and reliability to the grid. And unlike building a giant power plant, battery storage projects can be completed in as little as four to six months. Daniel Finn-Foley, an analyst with GTM Research who spoke recently with the Desert Sun, said: “We’re going to see a lot more solar companies baking in the potential, if not the outright installation, of storage into their systems. If you’re looking ahead three, four, five years out, it’s going to be increasingly a story about storage’s ability to enhance large, utility-scale solar.”

John Jung, the CEO of Greensmith Energy, an energy storage integrator based in Emeryville, California, that represents around 20% of the US storage market, says the industry is still in its infancy. “We think combining energy storage with wind and solar is going to be a massive driving trend for the adoption of energy storage around the world,” he said. “The key to unlocking the industry’s full potential will be investing in a software controls platform that can optimize all of the grid’s existing assets.”

Right now, what’s needed is greater monetization so that companies and utilities can count on a revenue stream when they install more storage. “Battery storage provides capacity and flexibility, and in a world where there are more renewables, capacity is increasingly important,” said Baker. “That’s the biggest challenge: to create the economic incentives to help monetize the value that storage provides.”

The question for many, therefore, is what policies and legislation can be enacted soon, on the model of California and New York (see From Hawaii to New York, US states are joining the storage revolution) to catapult battery storage into the mainstream. According to Bloomberg New Energy Finance, thanks to the rapid development of battery storage technology, the world is on track to produce half its electricity from renewables by 2050.

“All signs indicate storage is going to play a big role in the future,” said Morris. “Storage is coming soon to a grid near you.”

Michael Levitin is a journalist based in Berkeley, California,covering climate and clean energy financing among other topics.He has written for The Atlantic, The Guardian,Time and Newsweek.

Policy Watch: Why more energy storage is key to turning...
Delivering the green energy transition in balance with ...
In focus: Can clean-energy giant Spain deliver on EU’...
From cul-de-sac to second life for redundant car batter...
comments powered by Disqus