With only 6% of companies measuring their contributions to key Sustainable Development Goals, according to the WBCSD, more work is needed to translate increased intention this year into real action, reports Claire Manuel

These were the finding of the WBCSD’s fifth annual Reporting Matters publication last month, which analysed 157 company reports. “Since 2015, we’ve seen a promising uptick in companies’ interest and willingness to discuss the SDGs,” says Peter Bakker, president of the WBCSD. “We see this as a positive step forward.”

Ethical Corporation’s own Responsible Business Trends 2017 report, issued in May, surveyed almost 2,500 professionals, and found that 60% said their organisation was already integrating the SDGs into business strategy (compared to 46% the year before). 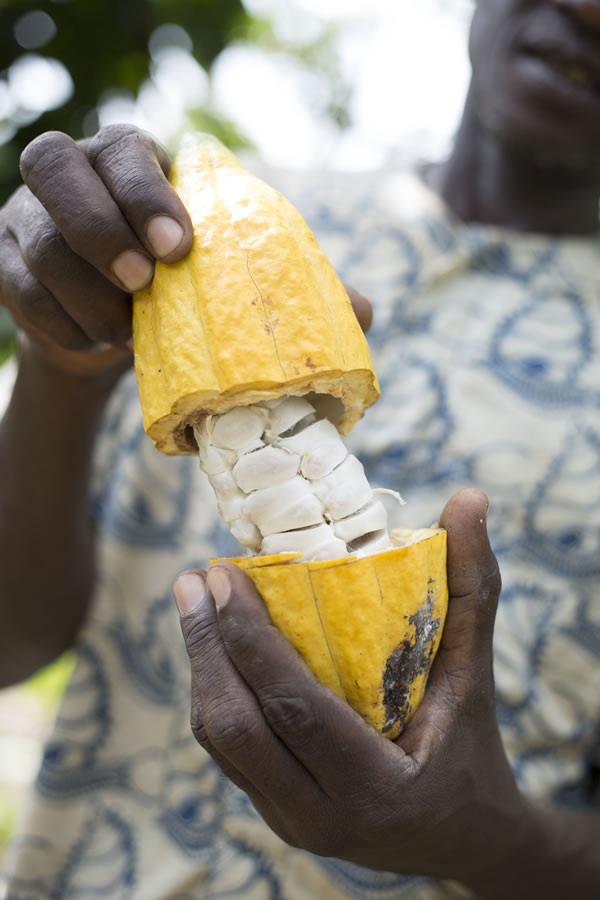 However, the WBCSD report found that only 6% have both aligned their strategy and targets to specific target-level SDG criteria and measured their contributions to key SDGs. The UN Global Compact Progress Report 2017 also found that actions and intentions are not always aligned: while 61% of companies set measurable targets, only 55% monitor performance and only one in three engage in partnerships and conduct impact assessments.

Over 2017 numerous companies from different sectors re-focused their operations and reporting practices to fit with the SDG framework. Mars, Inc launched its Sustainable in a Generation plan, which will see $1bn invested over the next few years to tackle climate change, poverty and resource scarcity. Mars also launched the Farmer Income Lab, geared towards SDG 1 (ending poverty), by improving farmers’ incomes. Working with an advisory panel of NGOs, academia and intergovernmental organisations, knowledge gained will be shared with the industry to help drive wider change across global supply chains.

The Coca-Cola Company in Western Europe and Coca-Cola European Partners plc  launched a new sustainability action plan, This is Forward. Its key commitments include: 50% of sales in western Europe to come from low/no calorie drinks by 2025; 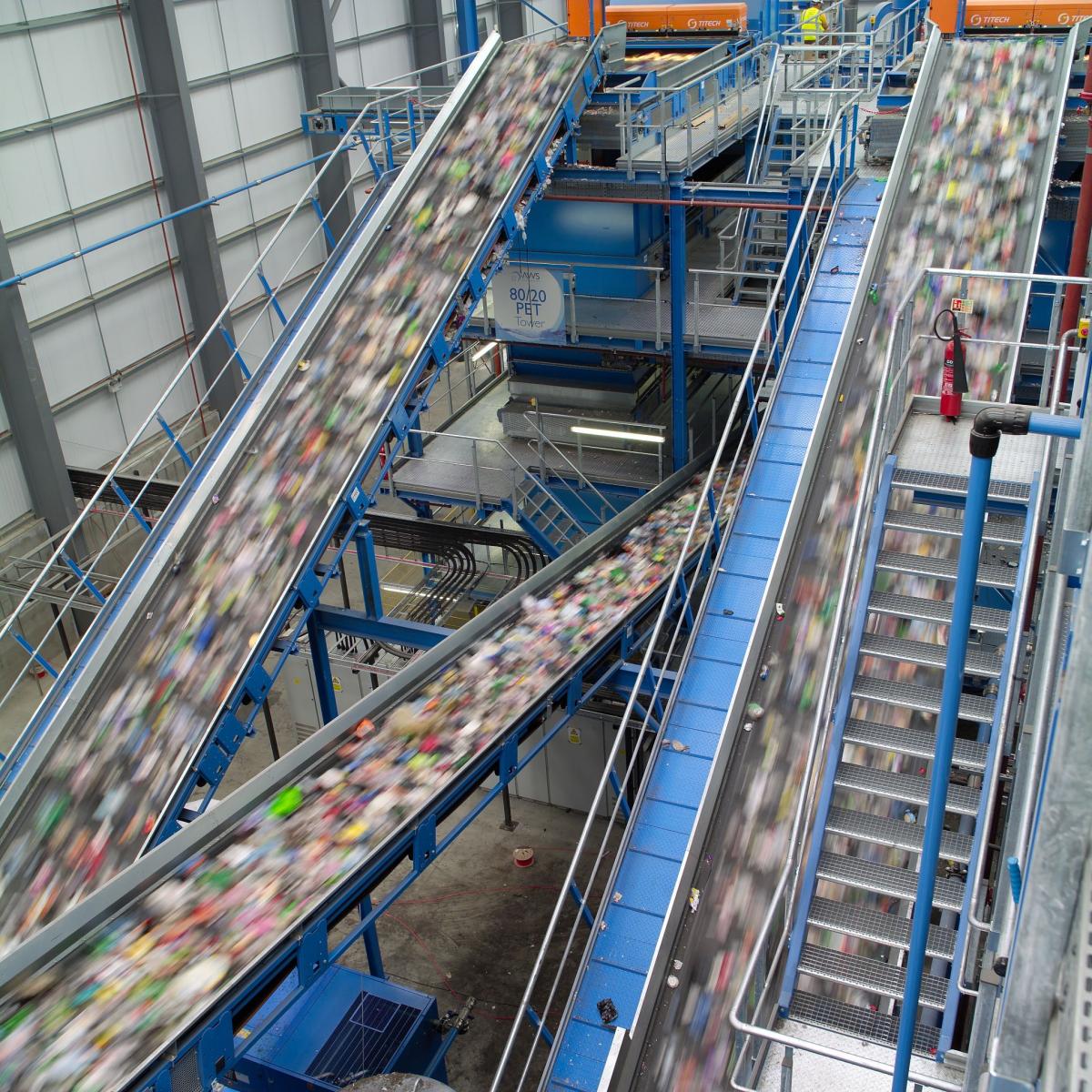 Coca-Cola has committed to at least 50% recycled plastic for PET bottles by 2025 (credit: Coca-Cola)

In Germany, Deutsche Börse launched an Accelerating Sustainable Finance initiative and unveiling the Frankfurt Declaration, with Allianz, Commerzbank, HSBC and Triodos Bank among those signing a joint declaration of intent to build sustainable financial sector infrastructures.

Collaboration was also the key theme in an initiative facilitated by CSR Europe. DRIVE Sustainability saw 10of the world’s largest car makers join forces to “drive sustainability throughout the automotive supply chain by promoting a common approach within the industry and by integrating sustainability in the overall procurement process”.  With the explosive growth of electric cars igniting concern about human rights in the extraction of cobalt, most of which is located in the Democratic Republic of Congo, transparency of the cobalt supply chain is of the alliance’s priorities.

And at this autumn’s UN General Assembly, Unilever CEO Paul Polman launched the Food and Land Use Coalition, which he will chair.FOLU brings together the public, private and civil society sectors to develop global and national targets and pathways towards sustainable land-use and food systems.

“It’s very encouraging to see new collaborative initiatives emerging to meet the ambitions of the SDGs, particularly at the systemic level,” says WBCSD’s Bakker. “New transformative coalitions, such as the Food and Land Use Coalition, with which WBCSD is closely involved, will be critical in achieving both the SDGs and the Paris Agreement.” 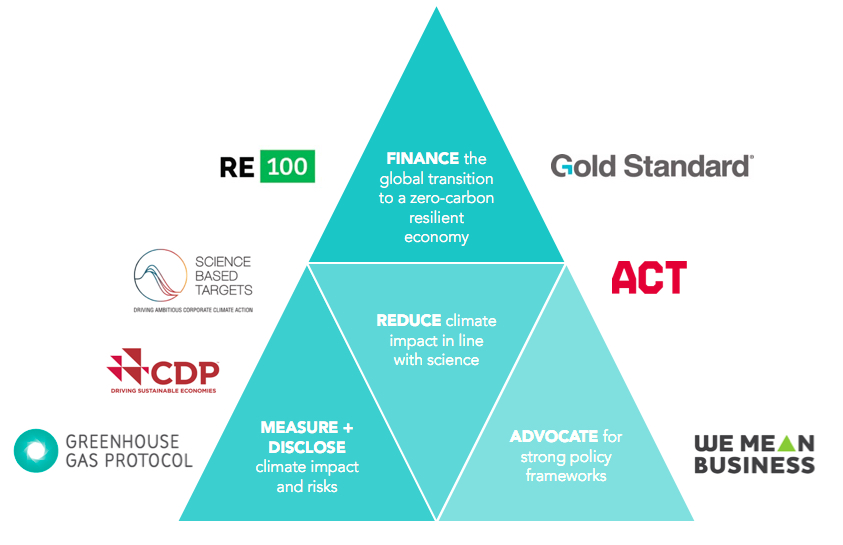 Climate action is a corporate priority in tackling the SDGs (credit: We Mean Business)

Climate action is the area of the SDGs that currently receives most attention. While increased action is welcome, Bakker sounds a note of caution. “It’s important to view the goals holistically,” he says. “We can’t think about any of the goals in isolation. Because each of the SDGs are interconnected, we need to ensure we’re employing interconnected thinking in our efforts to implement them.”

The SDG Commitment Report 100, from the UN Global Sustainability Index Institute Foundation looked at 100 blue chips globally to track their contributions to the SDGs. It showed that European and Asian companies put climate at the top of their sustainability agendas, while African and North American ones make it second on the list of priorities (behind reducing inequality, and health and wellbeing, respectively).

“Climate seems an almost universal priority, and rightly so, given the urgency of taking action,” says Sarah Leugers, director of communications at Gold Standard, a standard and certification body that works to catalyse action for climate security and sustainable development.

An assessment that Gold Standard published in July 2017 showed climate action and renewable energy as corporate priorities. “The relative maturity of climate and energy in corporate agendas has also meant that they are more advanced in terms of setting targets that represent a correlation to an individual company’s ‘fair share’ to help the world actually deliver on the SDGs by 2030,” says Leugers.

Gold Standard was established in 2003 by WWF and other NGOs. This summer it launched the Gold Standard for the Global Goals (GSGG). Leugers says the GSGG is designed to quantify, certify and maximise impacts toward climate security and broader SDGs. “It starts with rigorous safeguarding principles to ensure one positive impact doesn’t inadvertently lead to another negative one,” she explains. “Depending on what a company is trying to achieve ... they can choose from different interventions and methodologies to measure and report on their impact.

Gold Standard is also developing guidelines with partners at WWF Switzerland and the Sustainable Development Solutions Network to give companies practical advice on how to shape their strategies for contributing to the SDGs and to help them avoid accusations of greenwashing.

As the WBCSD findings demonstrate, the SDGs are becoming highly influential in terms of reporting. Speaking at the EC Sustainability Reporting and Communications Summit in October Tim Mohin, chief executive of GRI, jokily described the SDGs as the “framework that ate all the other frameworks”. GRI will publish a new report in January, called the Practical Guide, which Mohin says will help companies sort out what is material to them: how to prioritise, how to set goals, and how to report on action they take

Leugers believes that setting Science-Based Targets is fast becoming standard practice for those seeking climate leadership. By the start of Climate Week New York in September, more than 300 global companies had committed to set emissions reduction targets through the Science-Based Targets initiative (SBTI).

Progress, particularly on climate change, needs to accelerate rapidly if targets are to be achieved. “The 2030 Agenda will not be met if businesses do not take up its cause,” said Lise Kingo, CEO of the UN Global Compact in its progress report of the SDGs this year. “We urgently need the new technologies, innovations and partnerships that centre both the people and planet dimensions of sustainable development, and that only the private sector can deliver.”

Claire Manuel has been an editor and journalist for more than two decades, specialising in international development, sustainability and climate change. She is also editorial director at Witan Media. claire.manuel@witanmedia.com

‘Get the blend right’ and we can unlock trillions i...
Brand Watch: Things go badly for Coke, as activists att...
The woman at the eye of the storm of Asia’s rising cl...
Progress on methane and forests at COP, but much heavy ...
comments powered by Disqus