The complexity of garment industry supply chains makes following all the threads to a finished product difficult. Unlike some other industries, garment factories can have multiple suppliers and factories can be working for more than one clothing company. Tying up all the loose ends, so to speak, to learn who is operating responsibly, is challenging.

Companies and NGOs, though, have new tools and are finding new ways to better assess and address conditions in the second tier of operations and doing what they can to get all suppliers to meet the same standards. The second tier includes businesses that don't provide supplies directly to a manufacturer and issues such as supplier management, product design, manufacturing rationalisation and distribution,

“In general, this is an emerging theme [in the garment industry], especially on the environmental side,” says Jason Kibbey, CEO of the Sustainable Apparel Coalition (SAC), a San Francisco-based alliance to promote sustainable production in the apparel, footwear and home textile industry. Members created the Higg Index, a common measurement system for the sustainability impacts of apparel."We’d like to see the industry focus on what it would like to see for minimum requirements in tier two. Focused clarity would go a long way in improving the often polluting section of a supply chain.” 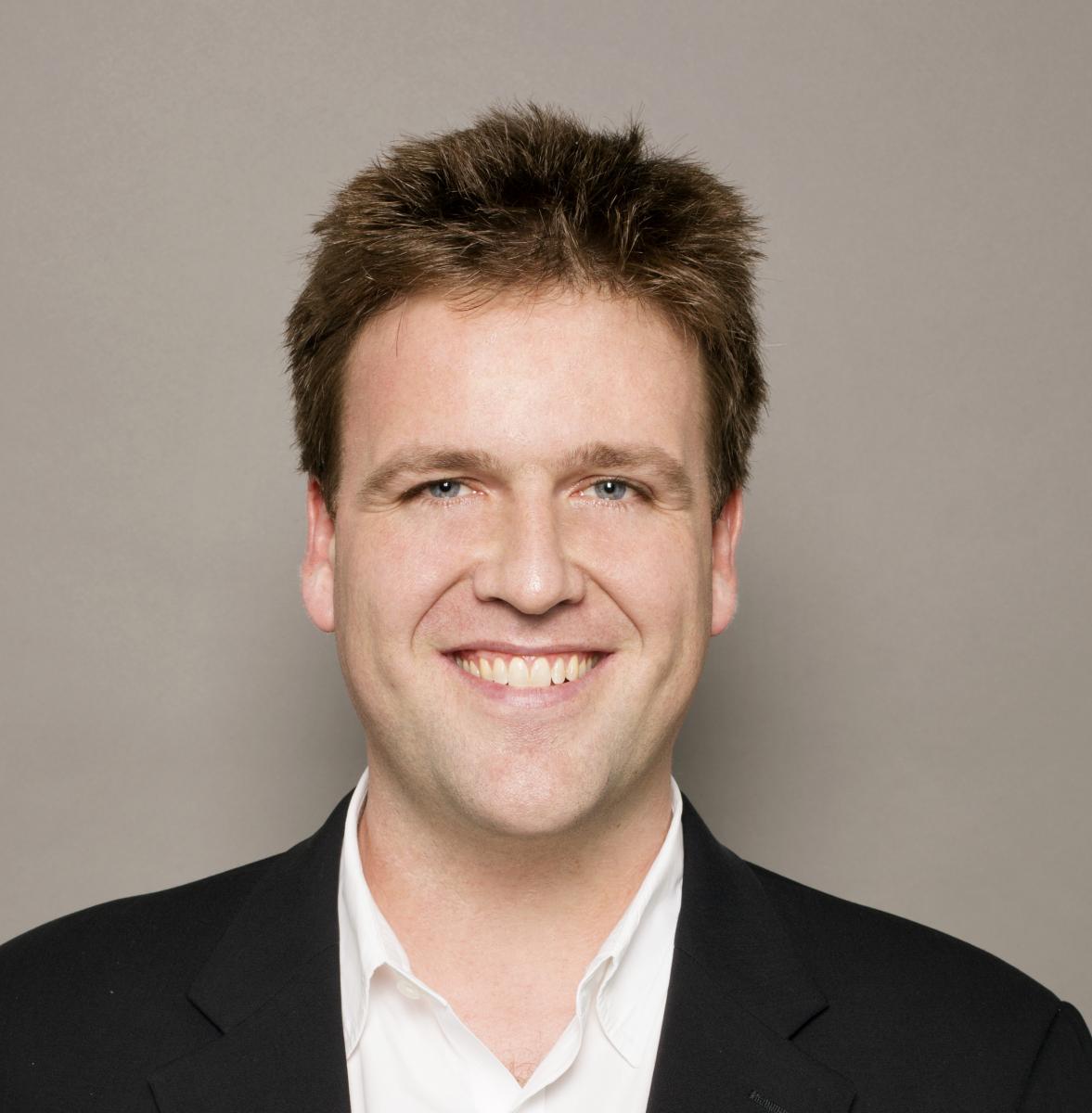 Sustainability lapses beyond tier one often are related to wastewater and chemical disposal, according to Kibbey. “Machines and plants dominate the tier two landscape for not treating the waste water properly,” he says. “There is a pretty significant risk to water and a lack of visibility above tier one. Toxic chemicals can be discharged into local waterways. Fabric production is incredibly energy-intensive. Better management of water and mill waste also saves money. Really positive engagement can lead to significant improvements.” 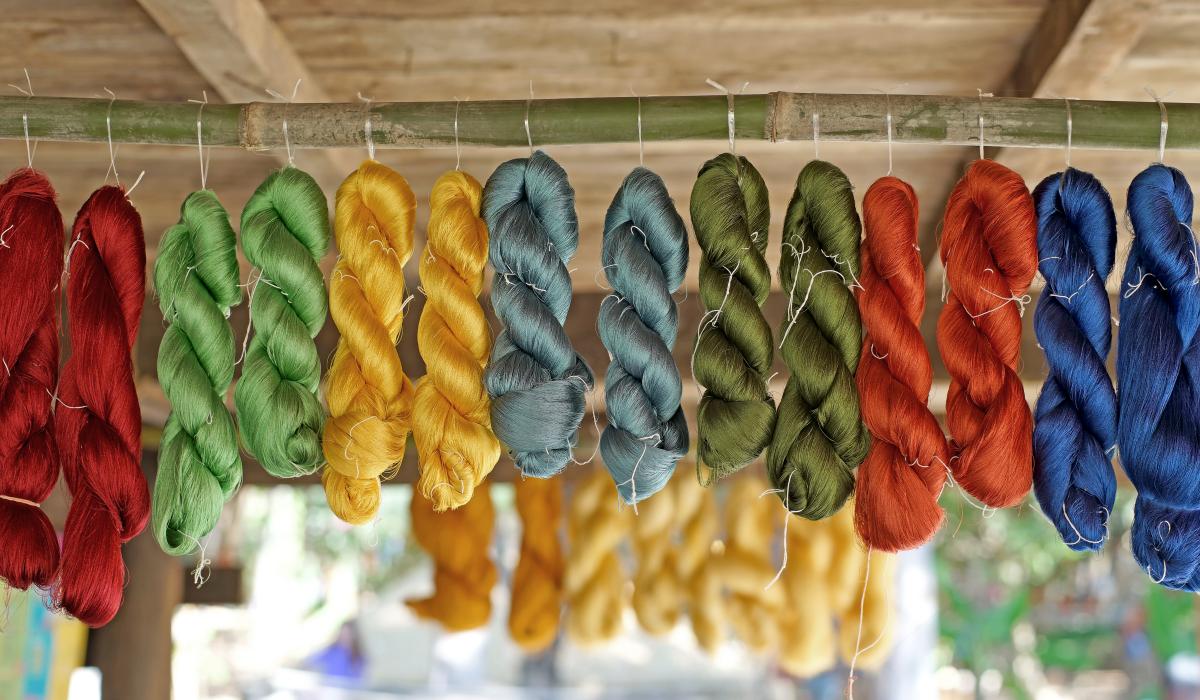 Dyeing can have an environmental impact

Forced labour is another issue companies have encountered in tier two, among other tiers of a supply chain. “There can be any number of issues that companies need to be aware of, but the ETI [Ethical Trading Initiative] is clear that there is a higher likelihood of informal working practices and instances of forced labour and modern slavery in supply chains beyond the first tier,” according to ETI’s Apparels and Textiles Sector Category Lead, Martin Buttle. “Second- tier businesses typically are less exposed to ethical trade programmes and systems to ensure they are in compliance with international standards.” ETI is an alliance of companies, trade unions and NGOs that promotes workers' rights worldwide and is based in the UK.

The decentralised nature of the garment industry also makes it harder for individual companies to effect change in the deeper tiers, says Prof Dr. Roel Nieuwenkamp, chairman of the Organization for Economic Cooperation and Development (OECD) Working Party on Responsible Business Conduct. Since 2011, the OECD has had an agreement with 46 governments that defines supply chain responsibility as going beyond the first tier.

“Price pressures and sustainability pressures are conflicting,” Nieuwenkamp says. “It is very complex; there are so many players in so many stages and already the whole process is related to commodities. And then you have fragmented supply chains, with spinners, dyers, exporters, wholesalers, people providing accessories and chemicals involved in all this. The complexity is huge, Companies often do not have sufficient leverage to make change happen, even very large multinationals. A factory could have five other companies it’s working for, so it doesn’t have to agree to pay workers more. They can just move to countries where they can pay workers less.”

US outdoorwear company Patagonia of Ventura, California, recently published new conditions for suppliers after uncovering abuses against migrant labourers in some of its suppliers’ factories in Taiwan when it began to look deeper into its supply chains in 2011 (see box).

While companies need to get a better understanding of their supply chains beyond tier one, this is challenging because there is no direct commercial relationship, notes Buttle. “There is also likely to be less stable business and shorter term business relationships deeper in supply chains. To gain visibility, brands need to put more resources into supply chain traceability systems that can be updated in real time,” he says.

“Every tier of a supply chain involves workers and where there are workers, there is risk of mistreatment,” adds Thuy Nguyen, manager of social responsibility and special programmes for Patagonia.“It is important to go beyond the first tier because in a lot of cases there is an even higher risk of worker abuse or exploitation as one gets further away from the finished product. Companies tend to focus most of their monitoring efforts at the first tier, which leaves suppliers in lower tiers less educated and aware of their social and environmental responsibilities and how to meet them.  If a company has the resources to go beyond the first tier it has the chance to protect a greater number of vulnerable workers.” 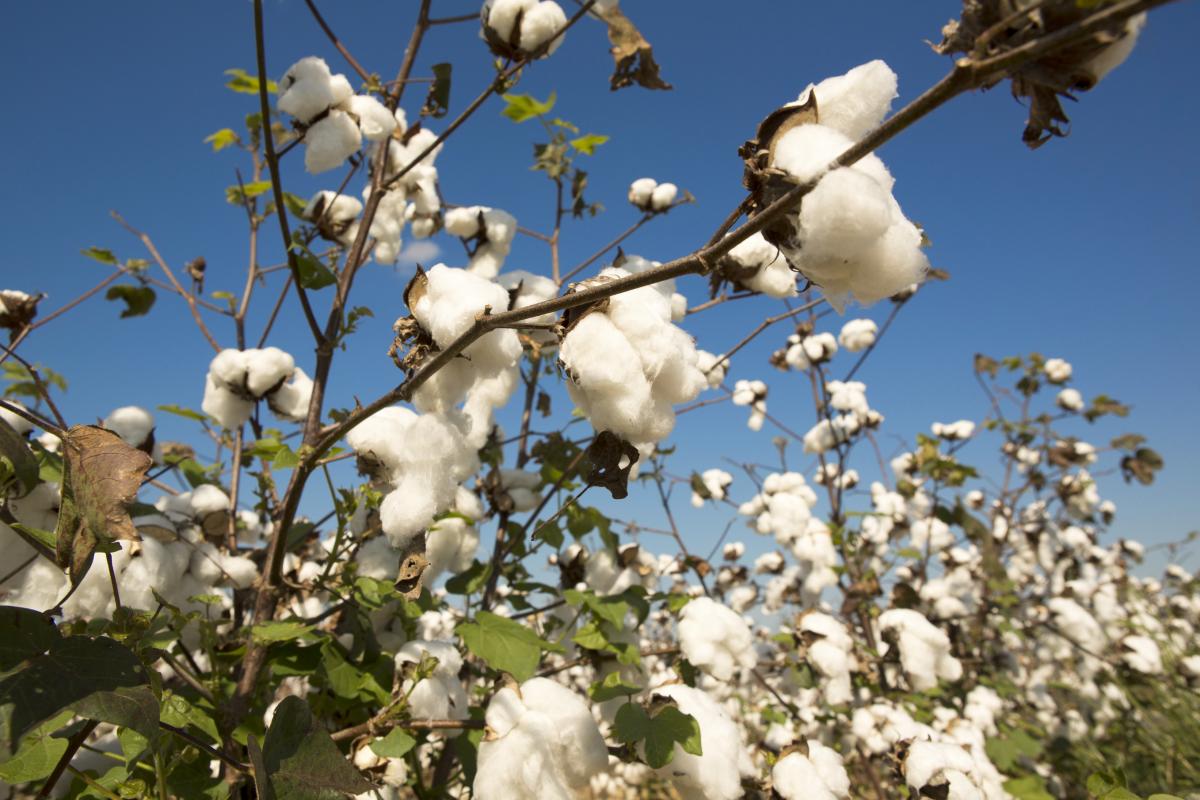 It's important to source cotton carefully

Despite the complexities involved, mapping the entire supply chain is the first step in identifying risks. “First, you have to vet the whole supply chain, so you can see if some obvious risks are coming in,” says Nieuwenkamp. “If you are sourcing cotton, you better know where it’s coming from. There could be forced labour issues, dyeing related to environmental impact, or companies might be sucking water out of aquifers. You have to see if the companies take it [the risk] seriously. If you have spinners in India, you’d better look at forced labour possibilities as well as health and safety issues in factories. Subcontractors run the risk of child labour.” 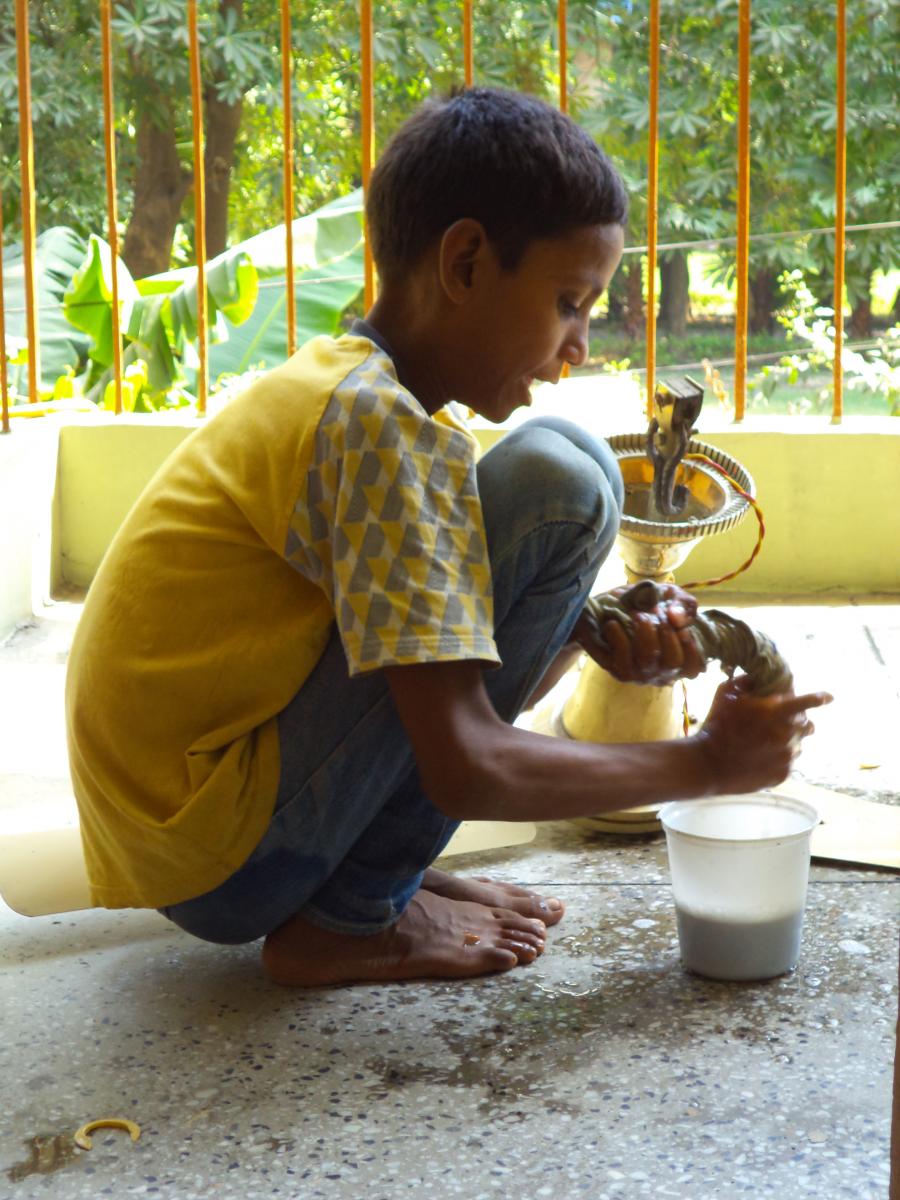 “Until you know who is making your product from materials to final assembly, there is no other way to identify where your risks are,” continues Nguyen. “We have also found that taking a proactive approach to vetting suppliers helps us stay away from bad actors.”

Successful assessments beyond the first tier require “a really clear message from brands and manufacturers that sustainable production matters and they are willing to pay for it,” says Kibbey of the Sustainable Apparel Coalition. “It’s being consistent and ensuring some minimum standards are always being met and not just buying the cheapest product from a heavily polluted source.”

Swedish clothing retailer H&M requires suppliers and factories to sign its Sustainability Commitment whether they are owned directly by suppliers or subcontracted to them.

New partners must comply with the minimum requirements of H&M’s commitment initially and must indicate a willingness to work towards full compliance, according to the company website. Companies are required to participate in multiple assessments before becoming a long-term partner of H&M. The company has staff who visit supplier factories regularly for training and workshops. 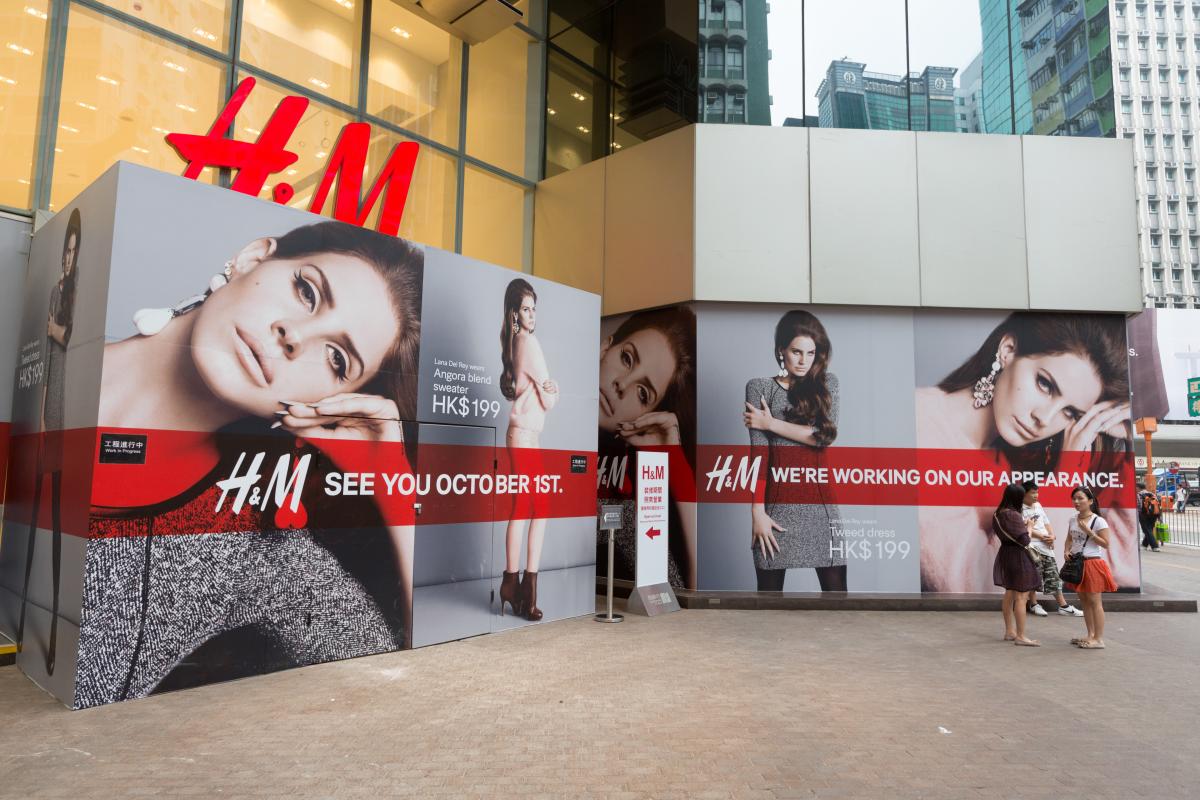 In 2015, H&M launched a new supplier sustainability assessment process, Sustainable Impact Partnership Programme (SIPP), which is used to assess all of its suppliers’ factories.

SIPP is based on the Higg Index, with some additional questions and key performance indicators (KPIs) developed by H&M. Patagonia was one of leaders in getting companies, including H&M, suppliers, NGOs, academia and others through the SAC to draft the standard. “SAC is working on a verification system that will make the Higg Index even more widely accepted as an alternative to an audit at any tier,” notes Nguyen.

Even more important than the audit is what happens afterwards, several experts say. “Social auditing is fairly new to second-tier suppliers and beyond,” says Nguyen. “We found it was very important to incorporate training and education into our programme through presentations, FAQs and various guidance tools on specific subjects. We spend a lot of time raising awareness of social issues and explaining the risks they pose to workers, the factory and their customers. After audits are conducted we also provide one-on-one support to our suppliers to help them develop corrective action plans and track progress.”

Because many factories do not answer to just one company, businesses have to use their collective influence to get factories and suppliers to adhere to standards.

“Often the issues that manifest in supply chains beyond tier one are difficult for individual companies acting alone to tackle,” notes Buttle. “That’s why ETI advocates that brands and other stakeholders collaborate to address and mitigate issues in the supply chain beyond tier one.”

Nieuwenkamp agrees. “All those big companies have to work together,” he says

After a social responsibility audit by Patagonia in 2011 revealed that migrant workers in some of its Taiwan suppliers’ factories often paid brokers as much as $7,000 to get a job, the company worked with Verité, an NGO committed to ensuring fair working conditions, to develop new guidelines for factory owners and drop high-paid brokers from the hiring process.

Patagonia also held education forums about the standards and in 2015 published its migrant worker standards on its website.

“Most of our suppliers have not had to hire new migrant workers because the ones they employ are on a three-year contract and many will renew them at the end of that term,” explains Nguyen. There is a limit to the number of migrant workers a supplier can employ at a time in Taiwan. “We anticipate that suppliers will eventually need to hire new workers so we have been working very closely with them on creating systems to eliminate recruitment fees.” 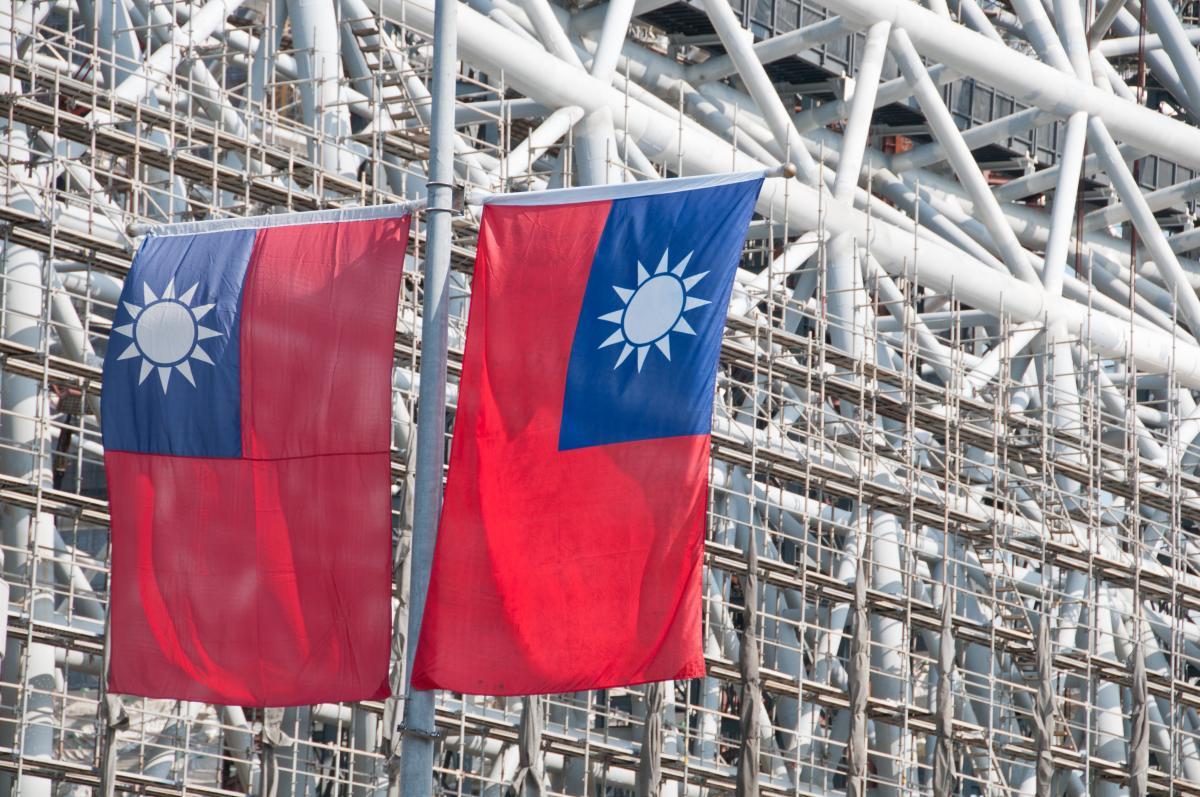 So far three of Patagonia’s suppliers have paid back excessive fees to workers. “This is a step in the right direction but there is still much work to do.”

Compliance with the new standards is a KPI that Patagonia will collect when it conducts its follow-up audits this year and going forward. “It is important to note that this kind of change takes a very long time,” adds Nguyen. “The current recruitment system is embedded in Taiwan business practices and there is a lot of undoing that has to take place. We are hopeful, though, because we have seen significant progress.”