Mark Hillsdon reports on the Sustainable India Finance Facility, which is aiming to bring zero-budget natural farming to Andhra Pradesh

When change is needed, and systems appear broken, so-called green revolutions are often 10 a penny, and can be met with a mixture of ennui and scepticism. But one initiative being rolled out in the fields of Andhra Pradesh is gaining near-universal approval.

The Sustainable India Finance Facility (SIFF) is an agreement between the state government, the United Nations Environment Programme (UNEP) and BNP Paribas, and is designed to bring zero-budget natural farming (ZBNF) to India’s seventh-largest state.

The project involves a loan of $2.3bn through SIIF to help scale up the scheme, explains Hervé Duteil, chief sustainability officer at BNP Paribas. “This financing is to ultimately transform the way of doing agriculture by more than six million farmers,” he says, adding that this isn’t just about financing one crop season, but long-term change over 10 years.

It is modelled on a similar agreement, the Tropical Landscape Finance Facility (TLFF), that was introduced in Indonesia at the end of 2016, and has helped to bring new levels of sustainability to some of the country’s huge rubber plantations.

The Indian programme was officially launched in June 2018, although trials have been running for several years, and will ultimately see over eight million hectares switch from conventional synthetic chemical agriculture to ZBNF. So far, over 500,000 farmers have moved on to the scheme, and by 2024 it is hoped that all the state’s farmers will be working the land with nature in mind.

Instead of relying on expensive inputs such as fertilisers and pesticides, ZBNF uses a system of bio-inoculations based on readily available cow dung and urine. This helps naturally build up nutrients and microbes in the soil, which in turn promotes growth. The term “zero budget” refers to the zero net cost of production, with farmers’ income improving the less they spend on inputs. 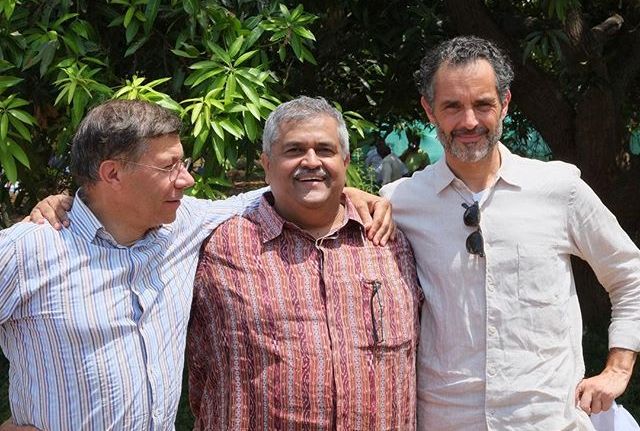 Other regenerative farming methods helping to improve biodiversity include mulching, which reduces the need for watering; soil aeriation; and planting a variety of crops to improve the soil’s nutrient balance. Chemical pesticides are also being replaced with natural solutions such as neem, chilli or simple insect-trapping tools like sticky paper.

According to SIFF, trials showed that maize and cotton output grew by 10%, groundnut, chilli and black gram by more than 20% and ragi, or finger millet, by 40%. And in an important nod to climate resilience, photos also showed that crops in ZBNF fields stood up to the onslaught of a 100kmph cyclone far better than conventional ones.

He explained that the finance would be cost-neutral to the state government because currently it spends $1bn in fertiliser subsidies. Once the loan is paid off, the state will save £1bn a year in perpetuity.

ZBNF is also creating social capital by establishing farmers’ federations and self-help groups, while over 30,000 head farmers – 90% of them women – are working as ZBNF ambassadors, and helping other farmers make the switch.

The Indian states of Karnataka and Himachal Pradesh are also now introducing ZBNF, and UNEP ultimately hopes that Andhra Pradesh will also provide an agricultural blueprint that can be adapted to other areas of the world.

This article is part of the in-depth briefing Climate-smart agriculture. See also:

Securing the future of food on a planet in peril

The American farmers who are ploughing a regenerative new furrow

New hope for solutions to deforestation in the Cerrado

Why business holds the key to a healthy, fair and sustainable food system

How investors can catalyse a blue revolution to save marine ecosystems

ESG Watch: How the ‘global stocktake’ will force in...
Can business bridge the yawning gap in finance for natu...
Brand Watch: Things go badly for Coke, as activists att...
Policy Watch:  An unfair COP that will likely fail to ...
comments powered by Disqus