Activists from Indonesia, Liberia, Colombia and Peru have given first-hand testimony that RSPO is failing to stop human rights abuses

A delegation of indigenous people from Indonesia, Liberia, Colombia and Peru did a tour of European capitals last month to give policymakers and investors first-hand testimony of what they said were escalating human rights and environmental abuses linked to the rapid spread of palm oil cultivation.

The delegation, which visited the Netherlands, Germany, Brussels and London during the 10-day tour, said that members of the Roundtable on Sustainable Palm Oil (RSPO) frequently flout the voluntary group’s requirement to respect community land rights, and are involved in human rights abuses and destructive plantation development.

At a press conference in London, Tom Griffiths of UK NGO Forest Peoples Programme, which sponsored the tour, said while the RSPO is beginning to crack down on malpractice by its members, it has a long way to go before all RSPO members’ palm oil is conflict-free. “The key message of the mission is that these [palm oil] operations should be suspended until land rights are secured and proper protections are in place,” he said.

Griffiths pointed out that while Indonesia is still the leading palm oil producer (with about 9m hectares of plantations), production is surging elsewhere. Colombia, the fourth biggest palm oil supplier, is set for a sixfold increase by 2020. Peru is only just starting palm oil production but is expected to have 1.5m ha of oil palm planted in the next few years, and in Africa there are 700,000ha of oil palm concessions in Liberia alone.

“We know the palm oil sector is a key driver of deforestation in the tropics, but what are its impacts on people and communities?” Griffiths asked. “Are the voluntary green labels and certification schemes working? And crucially, if we have a scenario where production is doubling and tripling in some countries, what is the potential future impact of this supply chain that is being brought to Europe.”

To give first-hand insights into these questions the delegation met with policymakers, trade associations, banks, investment companies and stock market officials, including European Commission officials working on trade, human rights, deforestation and bioenergy, he said.

Franky Samperante, founder-director of the indigenous people’s organisation Pusaka from the Indonesian island of Sulawesi, said the requirement under international law, and by the RSPO, that companies obtain free, prior and informed consent before establishing a palm oil plantation was frequently ignored. “There is no consent from people [for these plantations],” he said, adding that the Indonesian military made indigenous people accept permits awarded by the government. “In 2015 five people from indigenous groups in south Papua were jailed and tortured because they protested against the permits that were issued. This is a very serious human rights violation.”

Ali Kaba, programme coordinator at Liberia’s Sustainable Development Institute, gave the same story of enforced consent to palm oil plantations. He said that between 2005 and 2010, the government awarded 50% of publically owned land – where most Liberians live though they have no legal claim – to foreign investors under long term leases for agro-forestry, logging and mining.

In the case of palm oil, the concessions are mainly in the hands of two companies, both of them RSPO members. “People were forced off the land,” Kaba said. “The companies started to obtain free and informed prior consent but most of it was through the government intimidating community leaders. People are losing most of their farmland, which is increasing food insecurity. Women are having to walk two hours to collect water, when they used to take half an hour. Logging activities are creating water pollution, and it is creating social fragmentation between leaders in communities.” 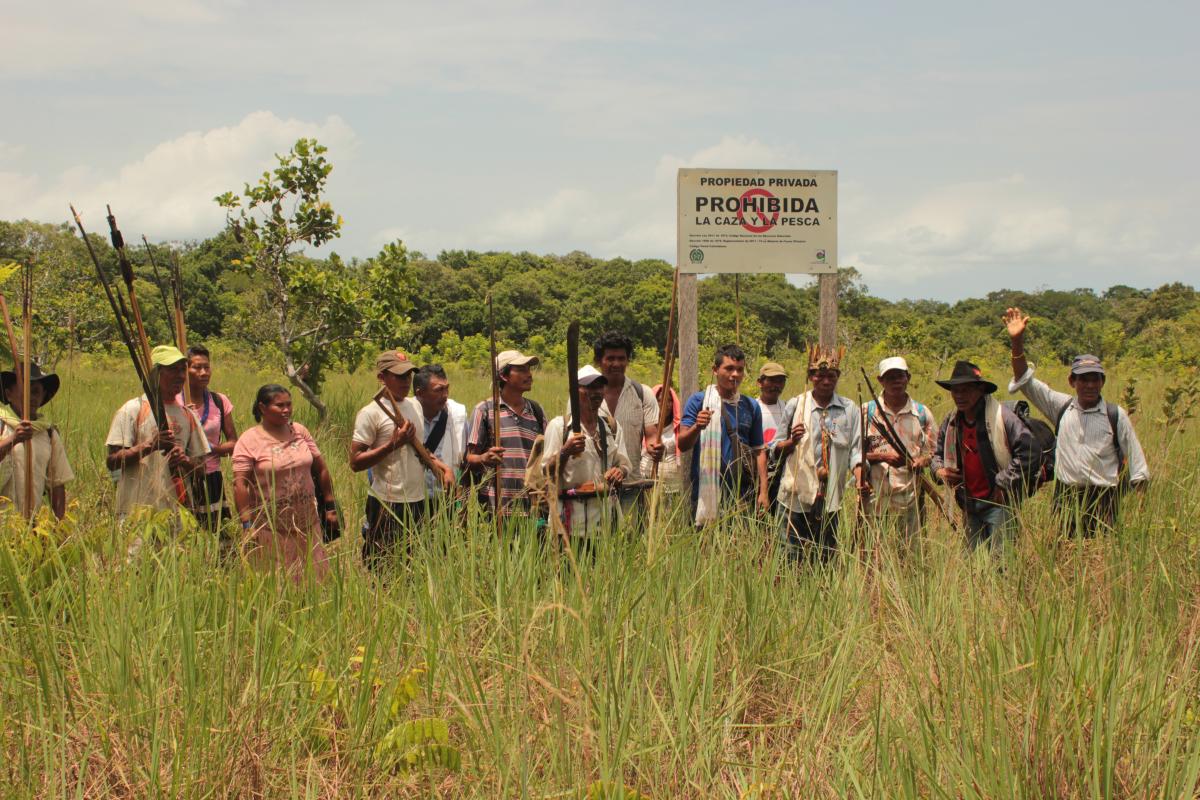 Indigenous communities in Colombia protest their exclusion from traditional lands

Colombian activist Willian Aljure shed tears as he said nine people in his own family had been killed by paramilitary groups with links to a European-owned palm oil company, and that he was unable to return to his home because of death threats.

Two indigenous Shipibo men from Peru’s Amazon, Sedequías Ancon Chávez and Robert Guimaraes Vasquez, said they visited the London Stock Exchange (LSE) to present a letter signed by 60 indigenous groups and NGOs urging the LSE’s Alternative Investment Market to suspend United Cacao Ltd Sezc for the activities of its Peru subsidiary Plantaciones de Pucallpa, the subject of an investigation by the US NGO Environmental Investigation Agency.

In April the RSPO issued a stop-work order against the company in response to a complaint from the Shipibo that Plantaciones de Pucallpa had destroyed 5,000ha of primary forest in their ancestral lands. United Cacao issued a statement to the LSE denying the accusations, and told the Guardian through its UK PR agency: “There is clear and documented evidence of existing agricultural activities for each land parcel the Company owns.” 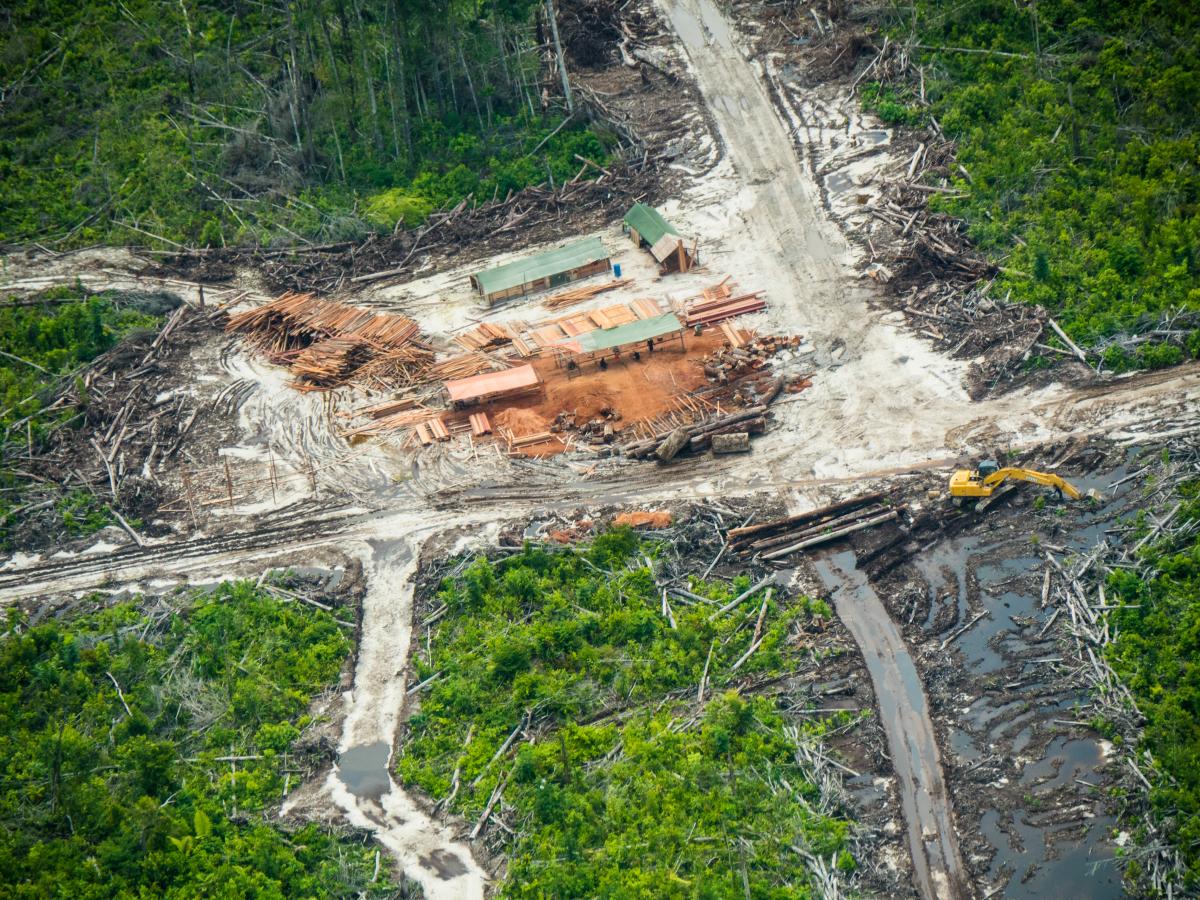 Vasquez said satellite images backing up the community’s claims have prompted the RSPO to act, but the organisation should do its own independent research, and not just accept the assurances of companies. “We keep trying to say to the RSPO that they have to look at the impacts [of palm oil companies] on water, on land,” he said. “You can’t only see it from a satellite. You need independent research. We depend on this land and what’s being destroyed by the companies.”