The disruptors: Nordea's Sasja Beslik, the former refugee who is shaking up banking

The Swedish bank’s intrepid head of sustainable finance, who narrowly escaped Bosnia with his life at 19, tells Oliver Balch that ‘green’ finance is a lot of hot air until it makes a difference on the ground

Sasja Beslik always knew life would not be straightforward. Born into a non-Muslim family in a Muslim-dominated city, he didn’t need anyone to tell him as much. All the same, not even a soothsayer could have guessed the twists and turns that lay ahead.

I mean, how many finance folk include “freelance war correspondent” on their LinkedIn profiles? And what kind of employee has a personal Twitter following (131k and climbing) 12 times that of the multinational bank that employs him?

“I got a Royal Order of the Seraphim from the Swedish King,” adds Beslik, who today heads up sustainable finance at Nordea, the largest bank in the Nordic region. “In the old days, I would have become nobility!”

To those who have not met him, the statement may sound boastful, but Beslik is an enthusiast with a colourful turn of phrase and a natural gift for story-telling. And, boy, does he have a story to tell.

I didn’t mean to go to Sweden. It was just the first boat in the harbour and I only had 100 deutschemarks in my pocket

Beslik’s tale starts in 1993. The genocidal war in his native Bosnia was gearing up. Rumours were swirling of internecine pogroms. Soon, neighbour would be turning on neighbour. Beslik decided the time had come to flee. He was 19 years old.

In fast, flawless English, he outlines what happened next. The account starts with months spent sleeping rough in city parks. Next comes the narrowest of escapes from Mujahedeen mercenaries, who were on the brink of executing him. Then follows his escape to Poland.

“From there, I got a ferry to Sweden,” he says. “I didn’t mean to go there. It was just the first boat in the harbour. And I only had 100 Deutschmarks in my pocket, so I couldn’t have afforded anything else.” 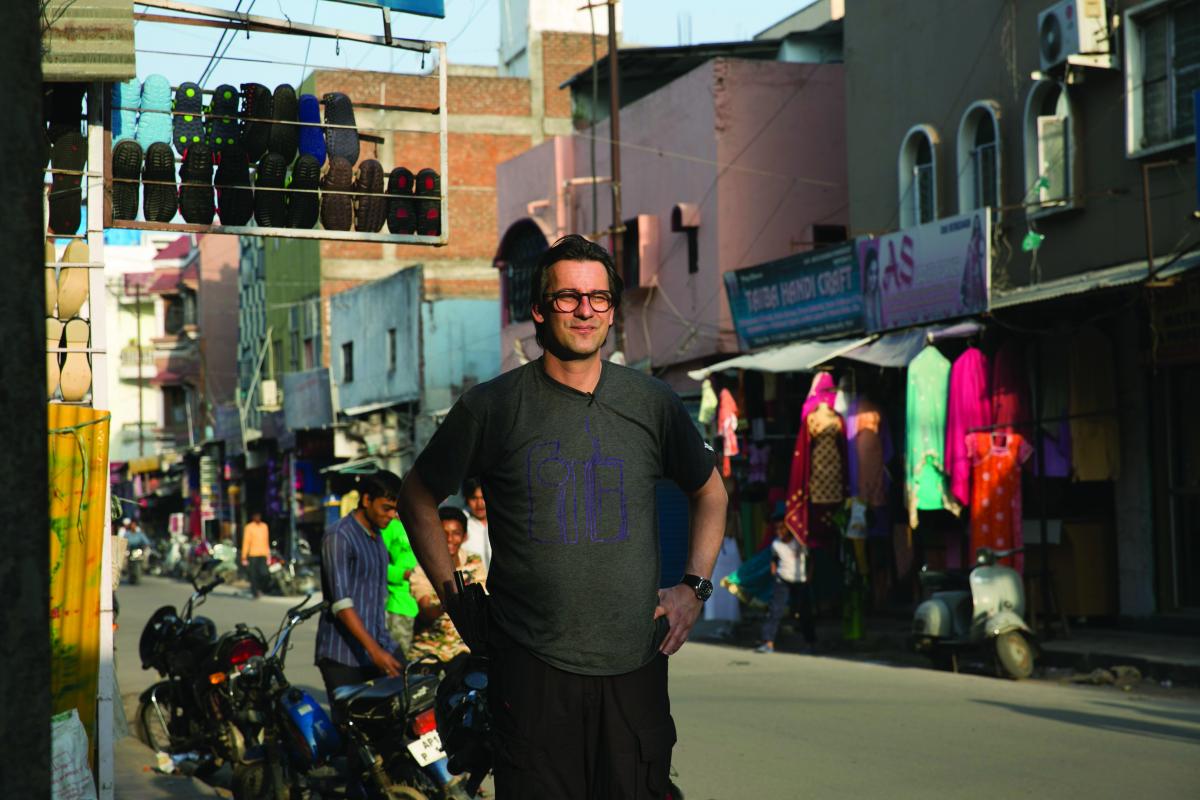 Saja Beslik on a due diligence trip to India.  (Credit: Thomas Sonne)

Once in Sweden, he spent seven months in a refugee camp while he waited for his residency papers. Ever-resourceful, he used the time to learn Swedish. His first step as a naturalised Swedish citizen was to enrol at Stockholm University, where he studied economics and journalism.

Two decades on (Beslik is now 43), his life looks very different, and he enjoys the kind of material comfort that you would expect of a highly successful Stockholm-based banker.

Fine words don’t put a roof over your head or food in your belly. Beslik is all about what makes a tangible difference on the ground

Don’t let the smart suit and branded spectacles deceive you, though. Despite becoming CEO of Sweden’s largest responsible investment fund in his mid-30s, Beslik has not left his old self behind.

He credits his experience as a Bosnian refugee with framing much of who he is today. For one, he has little truck with bluff or blagging. Fine words don’t put a roof over your head or food in your belly. Beslik is all about what makes a tangible difference on the ground.

So when it came to giving over a large donation raised by Nordea and its staff for refugees, he made sure it went to UNHCR and UNICEF. He knows those organisations make an impact from personal experience, he says, “because I was the one receiving food packages from them as a refugee.”

The example sounds a little trifling, until you consider that he adopts precisely that same approach when advising Nordea on the sustainability of its total investment portfolio – worth over €320bn. Investor presentations, analysts’ assessments, reports and accounts: these are all well and good. But to be truly satisfied, Nordea’s responsible investment chief likes to see for himself what his clients’ krona are financing.

While other asset managers may do their due diligence by visiting a local company rep to understand labour conditions or environmental pollution, Beslik says, “You know what I do? I go visit the local priest, I go visit the local shop-owner, I go speak to people in the hospital.”

This belief in the importance of first-hand evidence was forged first as a journalist covering wars and humanitarian crises for the likes of the Red Cross, and then as a social impact assessment expert for oil major BP in Angola, Georgia, Nigeria and elsewhere.

Putting himself in danger zones was his way of “working through” his own war memories, he says. “I was hands-on in many of these countries. I did all the dirty stuff. I know what responsibility looks like on the ground. I’ve seen companies doing it well, and I’ve seen companies mismanaging it.”

Every investment house worth its salt has a bank of clever analysts churning through research reports day in, day out. Beslik’s team at Nordea is no different. But while most investors are happy to ping off an advisory note or a subject briefing, Beslik takes a camera into the field and sends back video clips.

Another trait that Beslik carries with him from his younger days is a disregard for established wisdom, and lack of fear in giving voice to it: “That’s bullshit” is a favourite phrase. 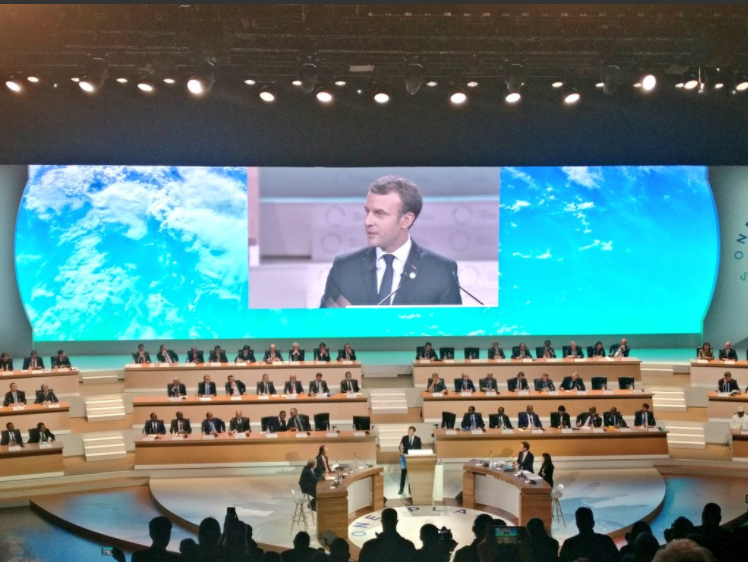 His take on the recent One Planet conference in Paris last month is a prime example.  The mood at the climate shindig – convened by the French government to mark the two-year anniversary of the 2015 Paris Agreement – was celebratory. Centre stage went to Beslik’s peers in the investment world, who promised to call big polluters to account and to release hundreds of millions of euros in green finance.

The reason for this failure of capital markets is twofold. The first relates to data. One of Beslik’s big beefs is that the non-financial information provided by companies is backward-looking, not future-oriented. Another is that corporate data is insufficiently assured, as the Volkswagen emissions’ scandal and others like it have laid bare.

If we don’t shift how we allocate capital flows, then we are never going to make anything happen when it comes to climate change or any of the other huge problems we will face over the next 10 to 15 years

His second major concern centres on the investment horizons for asset managers. London, New York, Geneva, Stockholm – “wherever you like,” he says – managers are incentivised according to annual results. But a much longer timeframe is needed for asset managers to genuinely account for material ESG issues – and have time to see company profitability improve as a result.

“What concerns me is that if we don’t shift how we allocate capital flows, then we are never going to make anything happen when it comes to climate change or any of the other huge problems we will face over the next 10 to 15 years.” 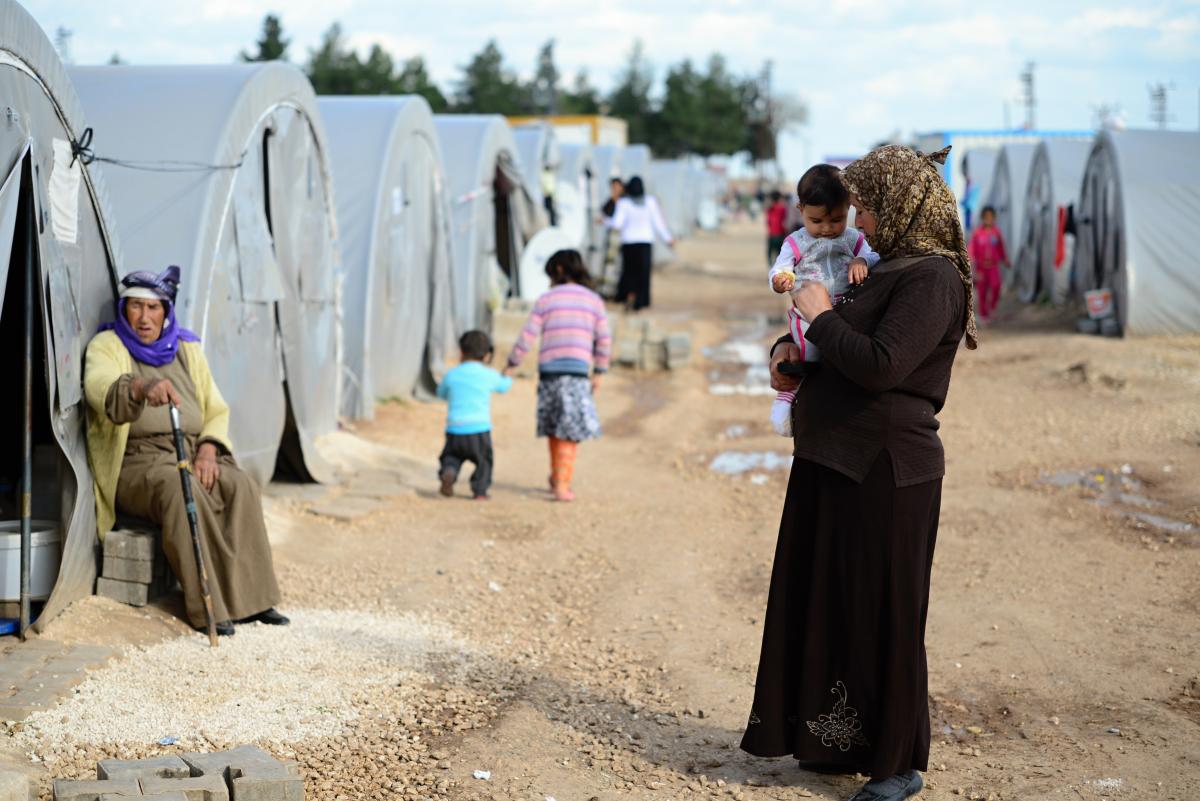 He isn’t afraid to put his money where his mouth is. Back in 2011, while chief executive of Nordea Investment Funds Sweden, he launched the company’s new sustainability-focused Stars funds with a seven-year payback horizon.

The decision led to a boardroom bust-up, but Beslik held his ground and the Stars Fund was singled out as Sweden’s best overall equity fund in 2017, the first time a sustainable fund has been awarded such an honour.

Arguably the greatest legacy from his early years is not how this unorthodox investor does what he does, but why. Escaping Bosnia with his life left him determined to make good on the “second chance” that he felt he’d been given.

But why responsible banking? Because with money comes power, he says. And power, guided towards the right ends, can build a better, cleaner, more peaceful world.

Today, this mission-minded banker has a fresh challenge. Appointed Nordea’s head of sustainable finance last August, he is charged with taking all the expertise he has built from the world of responsible asset management and applying it to the bank’s mainstream lending and advisory services.

His new mandate marks a “big step”, he concedes, but one that feeds into his passion to change the financial system. He doesn’t doubt that challenges await. But when he hits a wall, he says, he’ll do what he’s always done. “I’ll take out a big shovel and dig under it!”

‘We are sliding from climate crisis to climate disast...
Can sustainable soya farming come fast enough to save t...
Will 'historic' U.S. climate bill herald a ne...
Brand Watch: Rise of the robots as companies turn to AI...
comments powered by Disqus