UK food retailer Iceland, famous for its frozen foods, used to feature celebrity Peter Andre in its TV commercials to entice shoppers. Now Iceland hopes its concern for forests will also start pulling in the punters, following its move last week to remove palm oil from its own-brand products. The decision was sparked by the devastating impact that the ubiquitous commodity is having on south-east Asian rainforests. Iceland has already taken the controversial ingredient out of half its portfolio, with the remainder of its products set to be reformulated by the end of this year.

In itself, the move won’t save the forests of Sumatra or Borneo, where palm-led deforestation is putting dozens of species on the endangered list, including the emblematic orangutan. Before its announcement, palm oil only occurred in 130 of Iceland’s own-brand products (around 10% of the total) and amounted to a mere 500 tonnes a year. Total palm oil production in Indonesia alone last year stood at 42 million tonnes. Furthermore, the supermarket will continue to stock non-Iceland branded products that include palm oil, from ice-cream and margarine to detergents and soaps.

The retailer’s announcement earned a stiff repost from the Roundtable for Sustainable Palm Oil (RSPO), a multi-stakeholder body that certifies palm oil mills and plantations. It is a “misconception” that removing palm oil from products will solve land use problems, RSPO maintains, arguing that other vegetable oils use four to 10 times as much land to produce the same amount of oil. The RSPO also contends that reducing demand for palm oil will put in jeopardy the livelihoods of the 4.5 million people in Indonesia and Malaysia who currently rely on the commodity for their livelihoods. Currently only 19% of total palm oil production is certified as sustainable.

Iceland’s decision comes in the wake of growing pressure on big food brands to be more transparent about who they source palm oil from. Anglo-Dutch consumer goods giant Unilever recently published a full list of all its supplier plantations and mills. Greenpeace and other environmental campaign groups are calling on 15 other major brands to follow suit. Eight have refused to do so, including household brands such as Ferrero, Kraft Heinz and PepsiCo. Anti-poverty organisation Oxfam also has its sights set on persuading the food industry to rethink its palm oil policies. According to a major report released by the charity last year, five top global food and beverage brands consume almost twice the total amount of palm oil imports into the US. A large proportion of palm oil is used for cooking oil, particularly in Africa and Asia, but buyers in this sector have so far avoided hostile consumer campaigns. 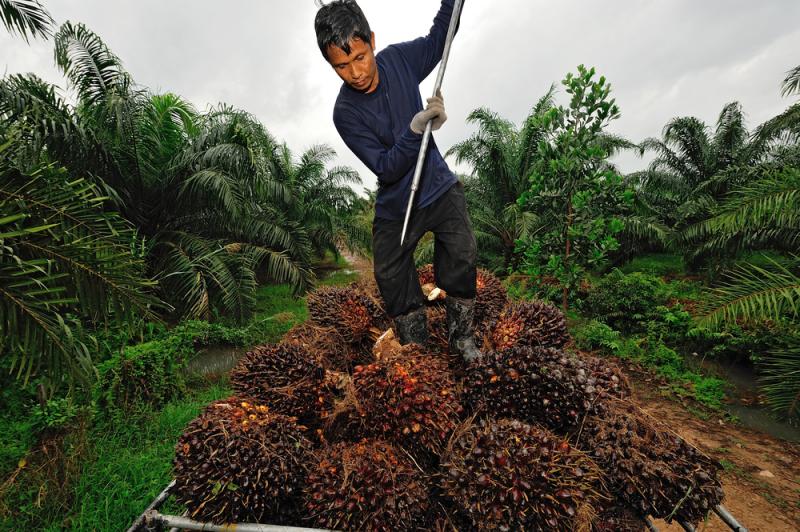 Just under a fifth of palm oil production is certified sustainable. (Credit: think4photop/Shutterstock)

The need to act is urgent. In the first decade of this century, oil palm was responsible for an average of 270,000 hectares of forest conversion annually in Malaysia and Indonesia, which dominate the palm oil market. Uptake of certification has seen this slow, but not enough. The Leuser ecosystem, located on the Indonesian island of Borneo and judged one of the most biodiverse places on the planet, lost more than 22,000 hectares of forest cover to palm oil between January 2015 and April 2017. A recent study found that, in addition to biodiversity loss, temperatures in clear-cut areas of Indonesia were a staggering 10C higher than in the country’s remaining forests.

The link between deforestation and temperature change has tended to focus on the role of forests as carbon sinks. Degradation of some of the world’s largest rainforests has led to fears that they may now be emitting more carbon than they absorb. A recent academic study of rainforests in 22 countries puts their collective carbon emissions at around 425 teragrams per year, more than an entire year’s worth of US transportation emissions. However, a new joint study by WWF, the University of East Anglia and the James Cook University looks at the effect of temperature changes for the biodiversity of forests. Forests are among the most biodiverse areas on the planet but rising temperatures could have “catastrophic” effects on forest life, the study predicts. The worst affected areas are south-west Australia and the Miombo woodlands in Africa, although none of the 35 hotspots studied will remain untouched.

The joint study claims that if temperature rises continue unchecked (increasing by 3.2C by 2100), then the Amazon could lose 60% its plant life and 50% its animals by the end of the century. Other areas that are judged extremely vulnerable include the savannas in Africa, the jungles in Bangladesh and the Cerrado-Pantanal in Brazil. Among the proposed solutions are strategies to help species migrate to new territories, either via the creation of eco-corridors between protected areas or by physical translocation. The findings add to a sense of woe created by another recent study, in the journal Science Advances, that anticipates the Amazon going into perennial decline in the event of 25% of its forest cover being lost. 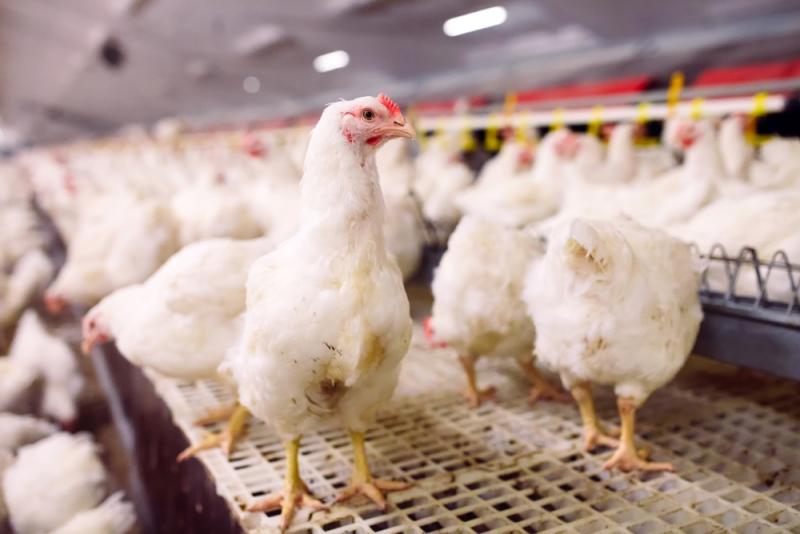 IN A story of soured relations, the pro-animal welfare campaign group Compassion in World Farming has cancelled an award it gave to Sainsbury’s eight years ago. The UK supermarket firm was given the Good Chicken Award back in 2010 after pledging to promote better welfare standards for its own-label chicken. Its list of commitments, which were to be delivered within five years, included providing more space for chickens to live (moving from a stocking density of 38kg/m² down to 30kg/m²), to increase the availability of natural light and to move to a “slower growing” breed of bird. Today, only 20% of Sainsbury’s fresh chicken reaches the grade. In contrast, Compassion in World Farming praises Sainsbury’s market competitors Waitrose and M&S for “bearing the costs” to advance chicken welfare.

The snub raises questions about the integrity of corporate commitments on animal welfare, which have spiked in recent years. In the US, over 80 companies have made pledges to make substantive improvements to the conditions for so-called broiler chickens by 2024. Signatories include Subway, Burger King and Kraft Heinz. In Europe, meanwhile, food companies including M&S, Unilever and Elior Group have signed up to a new set of stringent welfare criteria for broiler chickens. Typically, chickens are killed for meat from as early as 33 days of age. On average, they spend 85% of their time immobile, exacerbating the tendency of fast-growth birds to suffer cardiac arrest, immune dysfunction and metabolic diseases.

In general, however, the food retail sector has been seen as responsive to demands from consumers and campaigners to improve animal welfare standards. The sixth annual Business Benchmark on Farm Animal Welfare sees large retailers such as Co-op Group (Switzerland), M&S, Migros and Waitrose dominate the rankings. Food manufacturers are also upping their game, the ranking indicates. The benchmark, which was co-founded by Compassion in World Farming and World Animal Protection, finds that 47% of the 110 global food companies studied now have explicit board or senior management oversight of farm animal welfare. Meanwhile, more than seven in 10 of the food companies have published formal improvement objectives for farm animal welfare.

The picture is not all rosy, however. The overall average for animal welfare among the food producers, retailers and service companies that comprise the ranking remains fairly low (at 37%), with 41 firms ranked in the two bottom-most tiers. The benchmark, which was published in late February, saw four companies demoted a tier: Noble Foods, Ferrero, Mars and New Hope Group. Concerns over animal welfare in the UK have contributed to an increase in sales of vegan-branded products, which nearly doubled in number (up by 185%) between 2012 and 2016. 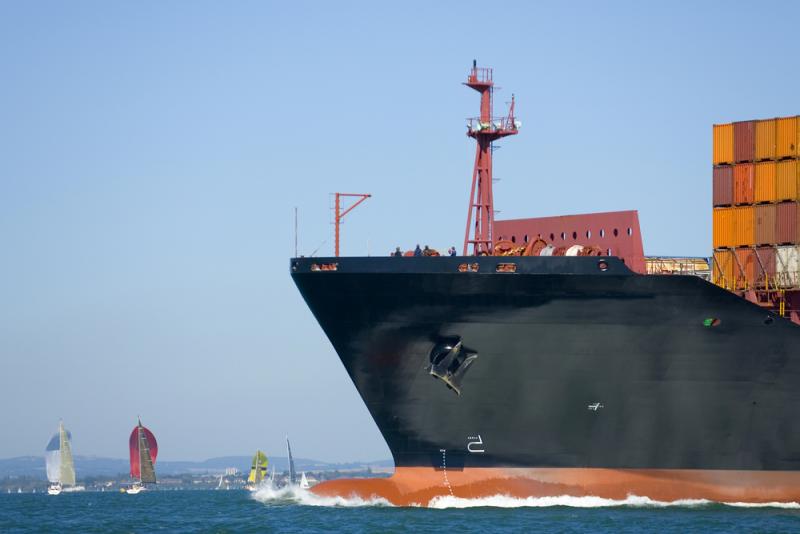 IF YOUR picture of sailing is of a leisurely, wind-powered afternoon outing off the coast, then you’ve never come face-to-face with an oceanic container ship or a ten-storey cruise ship. International shipping is big business, with seaborne trade now valued at around $12 trillion. The weight of goods transported by container ship has increased exponentially, from around 100m metric tonnes in 1980 to 1.7bn metric tonnes today. Greenhouse gas emissions from international shipping comprise around 2% of total global emissions, leading to calls for the industry to dramatically reduce its carbon footprint. To be in line with the Paris Agreement, which endeavours to stop the global temperature from rising above 1.5C, shipping emissions need to reduce by 70% between 2035 and 2050.

At the end of last week, the United Nations International Maritime Organization (IMO) reached agreement on a new strategy aimed at phasing out greenhouse gases from shipping “as soon as possible in this century”. The industry-wide policy, agreed at a high-level meeting of the IMO’s Marine Environment Protection Committee, sets a reduction target of at least 50% by 2050 (against a 2008 baseline).

While light on details, the strategy does anticipate a key role for an energy efficiency design index for new ships. The index, which came into force in 2013, introduces a suite of technical and operational requirements for new vessels. By 2025, all new ships should be 30% more energy-efficient than those built in 2014, the IMO predicts. The IMO also puts store in a new industry alliance that seeks to accelerate the uptake of energy-efficiency technologies and operational measures in the shipping sector. The Global Industry Alliance to Support Low Carbon Shipping is part of the IMO’s GloMEEP project, which is supported by the Global Environment Facility and the United Nations Development Programme.

Meanwhile, a coalition of five major ship owners and four financial institutions last month launched a new initiative to improve transparency in the global ship recycling value chain. The Ship Recycling Transparency Initiative will look to promote greater disclosure of recycling practices and related data by ship owners. The project, which is part of the industry-based Sustainable Shipping Initiative, aims to address the problem of patchy compliance with existing and international standards. Out of a world fleet of 50,000 ships, 835 were recycled in 2017. Shipbreaking is often carried out in the informal sector and is associated with safety problems and environmental hazards.