'In Asia, sustainability leadership in the 2020s must start with rethinking waste'

In mid-2019, the McKinsey Global Institute released a discussion paper entitled Asia's future is now, saying that Asia is on track to top 50% of global GDP by 2040 and drive 40% of the world’s consumption. Traditional models indicate that where there is consumption, there is waste. The need for strategic waste management is amongst the most needed, yet achievable for the region.

Also around mid-year, the UN Economic and Social Commission for Asia and the Pacific (ESCAP) released Asia and the Pacific SDG Progress Report 2019. ESCAP noted that “Asia and the Pacific will not achieve any of the 17 SDGs by 2030 if the region remains on its current trajectory.” Asia is regressing on SDG 6 (clean water and sanitation), SDG 8 (decent work and economic growth), and SDG12 (responsible consumption and production). The circular economy, for all its obvious promise to address these three SDG goals in particular, continues to elude Asia’s waste-management system.

By 2030, Asia could account for more than half of the world’s middle-class consumption. Population growth, increased demand and overall economic progress have led to a misuse and abuse of resources. Solid waste, in particular single-use plastics, has become the poster child issue that most countries in the Association of Southeast Asian Nations (ASEAN) rallied against in 2019. This is expected, when ASEAN member states make up six of the top 20 countries ranked by size of mismanaged plastic waste, according to one 2015 study. Much of the resulting plastic pollution ends up in the ocean, given the concentration of populations along vast river systems and coastlines.

While it is evident that this is largely due to a severe lack of adequate waste management across the region, it also casts light on a much-needed basic understanding. Waste, foremost, is nothing but a by-product of production and consumption, so while a standard "reduce, reuse, recycle" strategy has been a much-heralded approach, in this new decade we need to shift our efforts around efficient production systems and redefining consumption habits. Using mechanisms such as a waste wheel, companies can join up thinking, and start taking action at any stage of design and production, consumption, collection and disposal or closing the loop.

Alternative materials are being introduced to design and production. This includes increasing recycled content, decreasing raw materials, or switching to renewable materials. Whether in retail or public goods, as well as in the service industries, Asia needs to grasp the early, encouraging signs of shifting to a circular economy, beginning to be demonstrated by incorporating its largest untapped supply: waste. 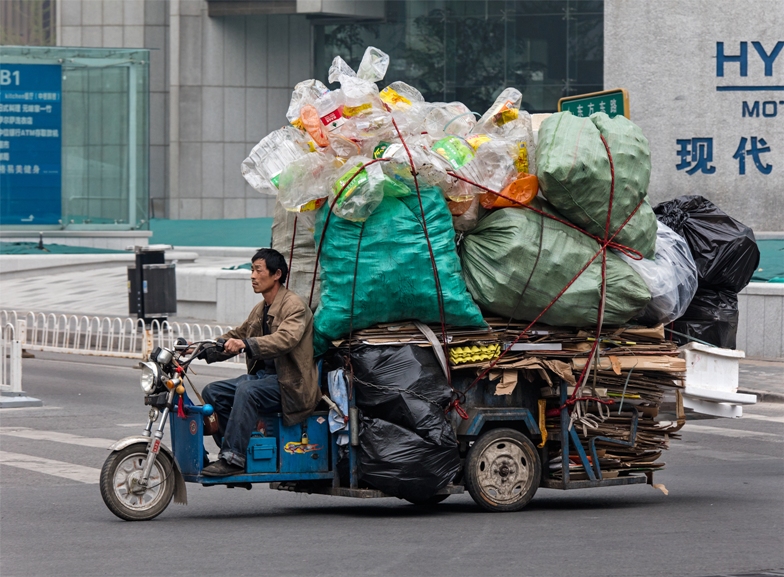 By 2030, Asis could account for more than half of the world's consumption. (Credit: testing/Shutterstock)

In Hong Kong, discarded clothes, garments and textiles become part of more than 300 tonnes of textile waste that are dumped in the city’s landfills daily, according to Redress, one of the most successful NGOs based in the city, working to reduce textile waste. Under the Hong Kong Research Institute of Textiles & Apparel (HKRITA), there now exists an alternative, brought by a local textiles firm Novetex. The Billie system is an innovative waterless system that, when fully equipped, will spin three tonnes of recycled fibre from roughly the same amount of textile waste daily, without affecting cost or quality.

Switching to reusable items or establishing policies that allow for goods to be distributed in alternative packaging, help reduce unnecessary consumption. These include anything from whole fruit to top-up cards wrapped in single-use plastic. While businesses should primarily evaluate the need for unnecessary packaging, they too can work with local distributors to provide their product in bulk and give incentives to better take-back mechanisms and refill programmes. The popularity of recently opened bulk and refill stores in Hong Kong, Singapore and Thailand are a good indication of the market’s interest in reducing excess packaging.

New systems encouraging education on proper disposal of waste through segregation, lies at the core of the solution. This will necessitate appropriate labelling, policy, and most importantly, staff training. When The Hongkong and Shanghai Hotels (HSH) announced its plastic commitment, it had spent almost a year rethinking a process of alternatives. The company issued a decision tree that empowered staff to take a clear line of action at every point of the single-use plastic review. The actions included assessing the need for the item; switching to multi-use items (to reverse need for single-use plastic); and where single-use items were unavoidable, to follow the recommendations for compostability or recyclability.

Coca-Cola Philippines is partnering with the government to invest in the country’s first recycling facility, scheduled to open in late 2020

The success of collecting waste material requires a collaboration between the private and public sector to invest in the right technology, develop technical expertise to maintain a proper waste processing system, and in a number of cases, particularly in Asia, create a secondary market for waste materials.

In Hong Kong, home-grown soy milk brand Vitasoy has long been committed to nutrition, taste and sustainability, and has been investing in infrastructure that collects and recycles. It launched a pilot scheme to collect recycled materials, beginning with Tetra Pak cartons from across 75 schools.

The Philippines has been called out as the world’s third-most prolific producer of mismanaged waste. This is largely because there is no formal system to manage waste. There is, in fact, no formal process for collecting or processing recyclable materials. Coca-Cola Philippines is partnering with the government to invest in the country’s first recycling facility, scheduled to open in late 2020. Coca-Cola recognises the general public’s sceptical reception of its initiatives, but its financial and infrastructure investment, facility development, and community engagements have so far communicated that they are systemically addressing waste in the Philippines. 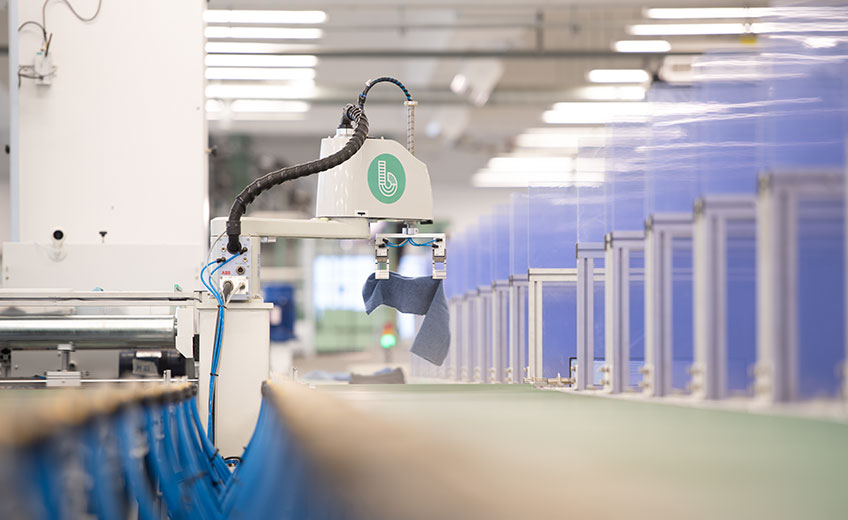 These examples show that at least some of the solutions exist right now. So why is the region not making better progress? While most organisations have made significant progress in their waste-reduction initiatives, it remains a challenge to close the loop due to the lack of a comprehensive, systematic and centralised collection/processing system. Yet, it is also clear that it is the business mindsets that need to evolve quickly, and for that we need active and conscious leadership to bring the scale and the mainstream demand that the region and the world needs.

To get this all going, we need to ensure strong governance, accountability and leadership in managing complex issues such as waste. There is some amazing sustainability talent in the region but the responsibility for waste, or the wider environmental, social and governance (ESG) agenda is not a simple, one-person job. In fact, the biggest champion of sustainability should go even beyond the CEO – it ultimately rests on the board of directors.

Boards have the fundamental role of planning and strategising a company’s short and long-term goals, and as such have the duty of ensuring that the company is future-proofed versus environmental and social risks the company may be facing. As the Hong Kong Exchange stipulates: “The board has overall responsibility for an issuer’s ESG strategy and reporting.”

The benefits of connections between industry and civil society partnerships are becoming more apparent. Here we see a pattern for success

One of the long-standing challenges to fully embracing sustainability in Asia is that companies in developing countries think sustainability costs businesses more. Faced with challenged economies, low purchasing power and issues on basic needs not being met, it is understandable why companies shy away from investing in sustainability. However, this is what lies at the heart of future-proofing businesses. If one is to run sustainable businesses, boards must be driving it.

The Global Plastic Action Partnership (GPAP), launched in 2018, has brought together businesses, international donors, national and local government, community groups, and world-class experts to collaborate on beating plastic pollution. In Indonesia, the coordinating minister of maritime affairs leads the pilot and is supported by the biggest impact companies, such as Chandra Asri Petrochemical, Coca-Cola Amatil, Dow, Giti Group, Indofood CBP Sukses Makmur, PepsiCo, Nestlé, among others. By collecting local waste-management data and building a data-driven decision-making framework, the work will evaluate solutions that can contribute to 70% reduction by 2025.

So, just as we look at inter-relations throughout supply chains to manage waste on an operational level, the benefits of connections between industry and civil society partnerships are becoming more apparent. Here we see a pattern for success. What is certain is that business leadership needs strategic sustainability alignment, ownership and accountability and a shift in mindset towards managing resources better. Without it, we will not be inspiring impactful change. This, particularly for Asia, is an opportunity no business can afford to waste. 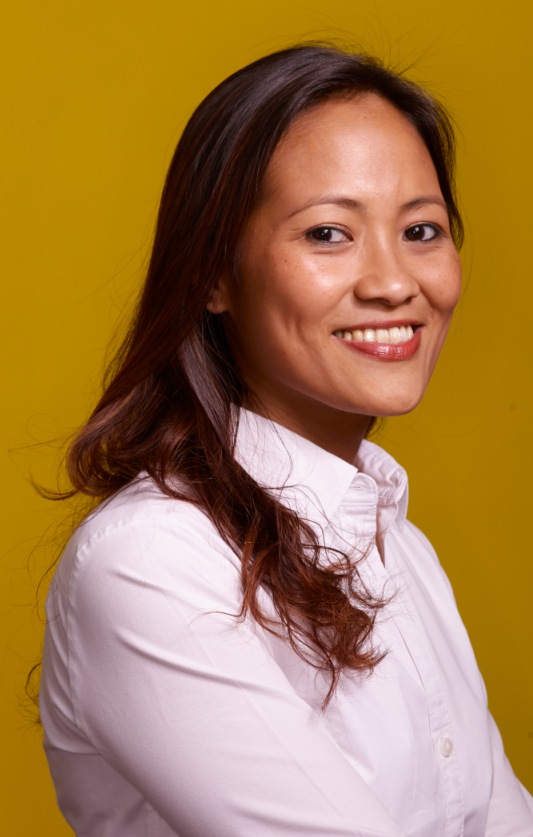 Pat Dwyer is founder and director of The Purpose Business

This article is part of our in-depth Decade of Delivery commentary from sustainability leaders. To view all articles, please see our January 2020 digital magazine.

‘Get the blend right’ and we can unlock trillions i...
The woman at the eye of the storm of Asia’s rising cl...
Greta Thunberg: ‘Our hopes drown in your empty promis...
Big food companies ‘failing dismally’ on both clima...
comments powered by Disqus