2020s declared decade of action on climate, biodiversity and SDGs

Climate Week New York saw companies form new coalitions to accelerate progress, such as the Business Avengers to champion the Global Goals and the One Planet Business for Biodiversity platform, while Climate Group’s RE100 passed the 200-member mark

Seventeen global companies, including Mars Inc, Diageo, SAP, Salesforce and Unilever, have joined forces under a new coalition called the Business Avengers to throw their weight behind the Sustainable Development Goals.

Each company in the campaign, which was launched at Climate Week New York this week, has elected to represent one goal, with Mars, for example, promoting SDG1 on poverty, drinks giant Diageo championing SDG6 for clean water and sanitation, and Google sponsoring SDG8 for decent work and economic growth.

Barry Parkin, chief sustainability and procurement officer for Mars, told Ethical Corporation that with 50-100 million smallholders connected to global supply chains, companies have a big role to play in poverty-alleviation.

“Ending poverty in all its forms is one of the five critical impacts that we focus on, and it’s at the heart of human rights,” he said.

Mars’ major vehicle for this is the collaborative “think-do” Farmer Income Lab, which it set up with Oxfam as an advisor two years ago to try “to crack the code on what does it take to dramatically improve smallholder income, not by 50% but by 200%,” he said.

The lab has since been expanded with the addition of fellow Business Avenger Danone, Nestlé, and AB InBev, along with Cornell University, UNDP, IDH, and the Livelihoods Fund for Family Farming. Parkin said its focus is on the radical restructuring of supply chains. 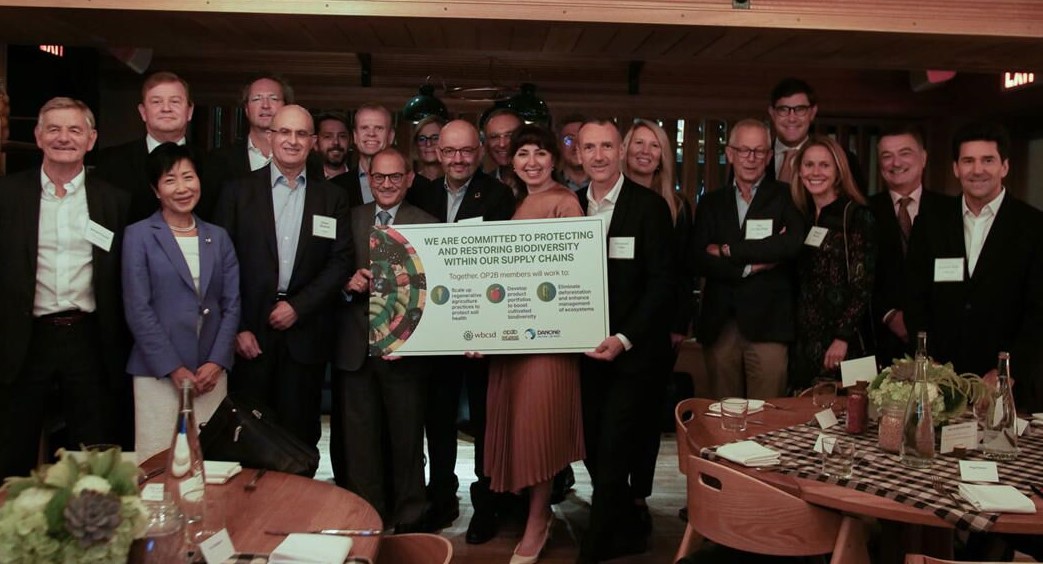 The One Planet Business for Biodiversity coalition was launched at this week's New York Climate Week.

The Business Avengers campaign was organised by Richard Curtis’s Project Everyone, and is supported by the World Business Council for Sustainable Development, The B Team and the World Benchmarking Alliance.

Curtis said at its launch: “It is now mission-critical to inspire and engage the world to set the path for a decade of delivery. That means campaigning for major global policy breakthroughs, sparking ever-greater local and regional activism, and creating cultural moments that break into the mainstream and re-energise action to fight poverty, inequality and the climate crisis. Above all it means joining forces, from young activists to global companies, … because together we can and must achieve the Goals.”

Danone was also in the spotlight in New York as its CEO, Emmanuel Faber, launched the 19 company-strong One Planet Business for Biodiversity (OP2B) coalition, which Danone is leading with WBCSD.

Other OP2B members include Barry Callebaut, DSM, Firmenich, Google, Kellogg Company, Kering, L'Oréal, Nestlé, Symrise, Unilever and Yara. Some of their commitments can be found here.

“The global food and agricultural ecosystem is critically dependent on biodiversity: from soil regeneration through to water filtration, pest control and pollination, among many of the other building blocks of life on Earth,” Faber said at the launch. “According to many recent scientific studies, we have 10 years to reset our course and bend the curve on climate change and wild and cultivated biodiversity loss. … Together, we will strive not only to conserve and restore biodiversity, but also to transform human interaction with, and dependency on, nature.”

A recent report by the FAO (Food and Agriculture Organization of the United Nations) found that of the 6,000 plant species cultivated for food, just nine account for 66% of total crop production. 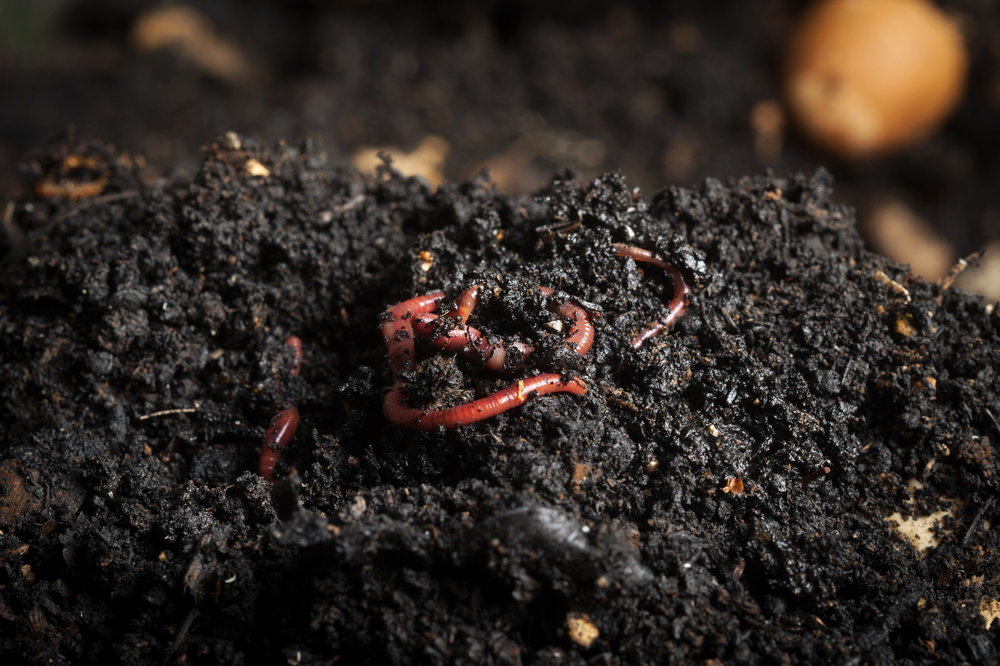 The 19 OP2B member companies have committed to take tangible actions to develop innovative solutions, with three main areas of focus: scaling up regenerative agricultural practices to protect soil health; boosting cultivated biodiversity and diets through increasing the number of ingredients used and expanding provenance-based and local sourcing; and eliminating deforestation and enhancing the management, restoration and protection of high-value natural ecosystems.

Peter Bakker, President and CEO of WBCSD, said: “This coalition has specific and ambitious goals that will drive real change in preserving biodiversity.”

Five years after RE100 was launched, in partnership with CDP, at Climate Week New York in 201, the initiative now surpasses the 200-member mark, driving 220 terawatt hours (TWh) of renewable electricity demand , almost enough to power Indonesia. 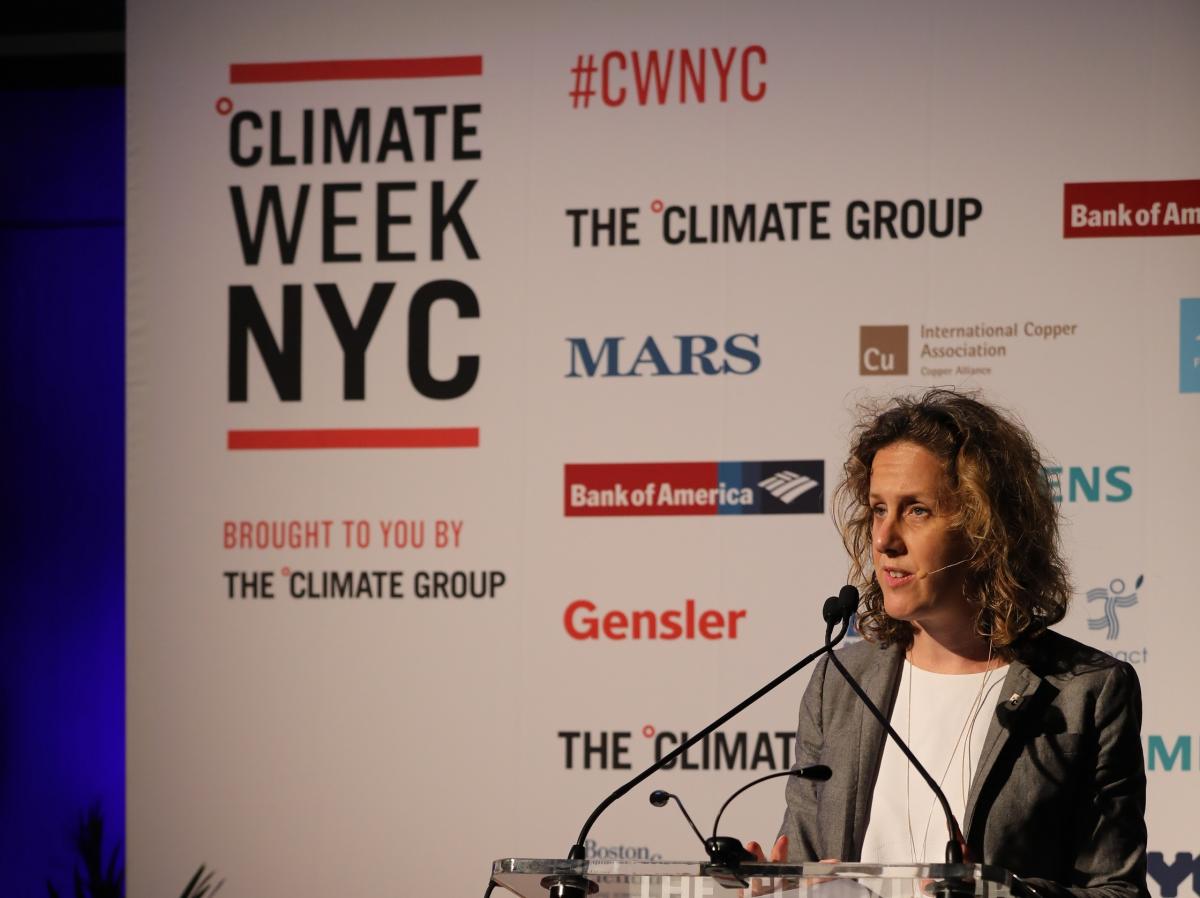 Helen Clarkson, chief executive officer, The Climate Group, said, “It’s incredibly exciting to convene so many companies leading by example on cleaner energy and transport this Climate Week NYC. … Chief financial officers everywhere must ready themselves for this, the climate decade. The private sector has a vital role to play in halving global emissions by 2030 – we won’t stop pushing until thousands of companies are moving forward at pace.”

Can business bridge the yawning gap in finance for natu...
‘Get the blend right’ and we can unlock trillions i...
Energy crisis boosts drive to cut emissions from buildi...
Calls grow for companies to disclose nature impacts in ...
comments powered by Disqus