The end of just-in-time?

After it was pioneered by Japanese firms 60 years ago, just-in-time supply chain operations have spread to dominate global manufacturing. With the advent of COVID-19 is that long dominance now at an end? 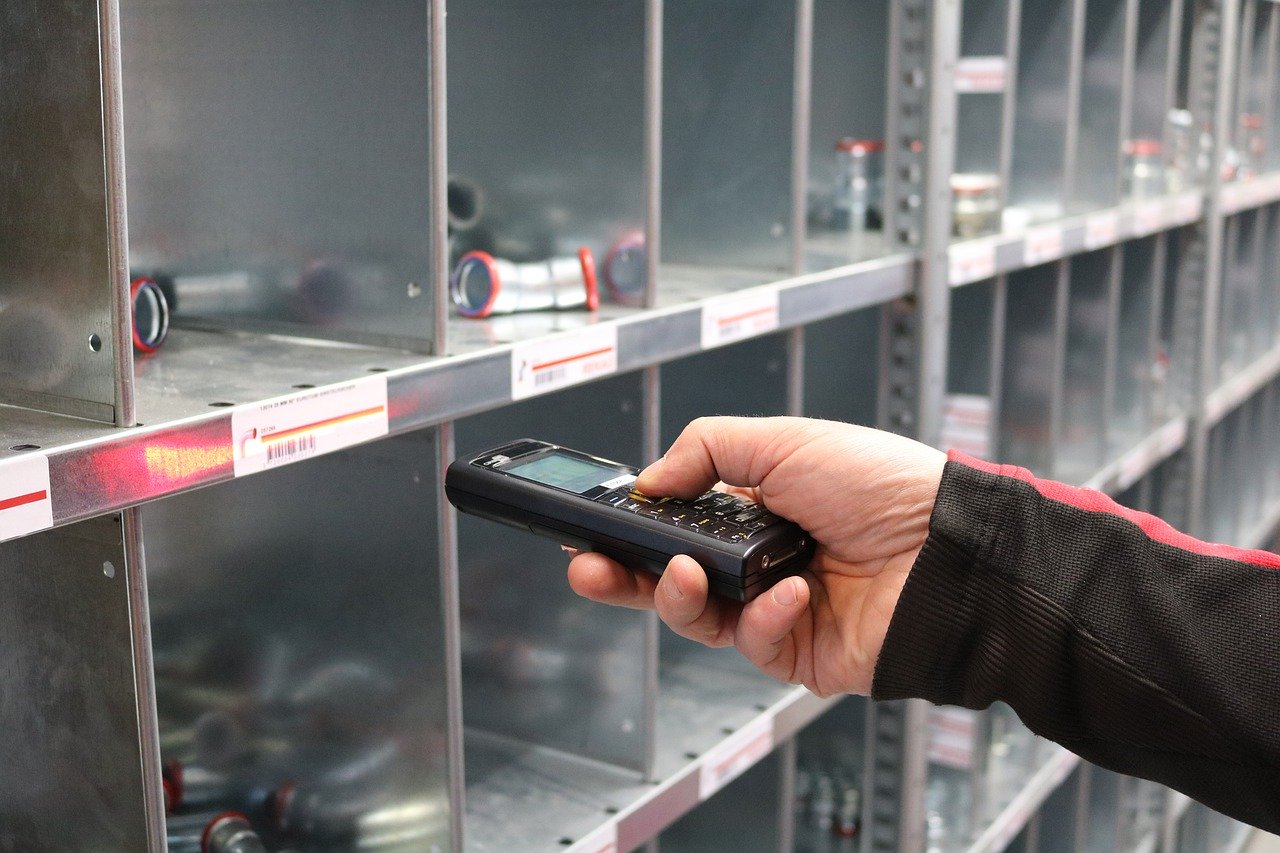 Image by D-Vu from Pixabay

The story goes that when Eiji Toyoda, CEO of Toyota, visited American car manufacturers in the 1950s, he was not impressed. Despite Detroit being at the height of its powers, Toyoda saw profligate waste and an opportunity to innovate. This was the start of the famous process of Just-In-Time (JIT) manufacturing, or lean manufacturing as it later became known.

Toyoda cut down on excess inventory, with components and spares only ordered when needed and kept in low numbers within the factories. The result was efficiency savings, which when combined with other techniques, helped to erode the American car companies and propel Toyota to become one of the world’s premier corporations.

The lesson seemed clear. Get rid of waste. Order only what was absolutely necessary. Enforce strict quality controls. Keep upstream suppliers on short notice to produce inventory as needed and watch the profits grow.

This is why JIT became the dominant mode for manufacturers of not just cars but a huge range of items, from electronics to fast fashion.

There was an issue, however. Those upstream suppliers had to be as flawless as the just-in-time production facility, providing inventory or raw materials on time, every time. Factories went from months of parts on hand to just days, or even hours in a few places, so when something goes wrong, it jeopardises everything.

COVID-19 was that spanner in the works. As the systems of trade began to melt in the face of lockdowns, quarantines, illness and social distancing, that steady stream of pieces in the JIT puzzle dried up.

Supposedly Toyoda was inspired by supermarkets, and it’s fair to say that in this crisis both auto manufacturers and grocers have been caught out by the sudden changes in supply and demand, with factories shutdown and shelves often empty.

So, are lessons being learned and is a big change now about to sweep through how we make the modern world?

A little too lean?

Whilst its efficiencies are undeniable, the current mode of manufacturing has definitely taken a reputational hit as a result of coronavirus.

Indeed, while JIT was meant to promote a type of supply chain agility, it’s brittleness and inability to redirect when key suppliers came under strain, particularly when problems centred on a key production area, has meant that some of that speed and nimbleness have been lost. “The reality is that legacy transportation technology and the limitation of traditional supply chain practices are no longer enough to keep pace with the market,” says Bill Driegert, Head of Operations, Uber Freight.

This can be most prominently seen in a number of sectors that were lucky enough to have soaring demand through the crisis.

“Retailers (grocery, general merchandise) have reduced their overall store level stocks, relied on more frequent orders to suppliers and carried lower levels of inventory. Consumer Packaged Goods (CPG) companies have generally followed similar JIT models when it comes to raw material stocking at the plants and generally relied on JIT call-offs. Both were exposed badly during the crisis,” notes Rajesh Shetty, Associate Director at Boston Consulting Group (BCG). “Suppliers couldn’t keep up with the sudden demand surge for raw materials and CPG couldn’t replenish the retailers fast enough to keep up with the demand volatility.”

“Just-in-time (JIT) inventory policies account for optimistic levels of demand and supply variations, and were rendered suboptimal during the initial panic buying phase,” explains Shetty. However, “even standard risk management methods would not have prepared supply chains for extreme volatility from black swan type events, but the reliance on aggressive JIT models clearly exposed companies to additional performance degradation.”

With the risks now more apparent and the costs of failure more prominent, there is definitely an attempt at self-reflection within supply chain management.

“We are already seeing a big shift in retail supply chain strategies,” says Shetty. “Grocers are investing in e-commerce and multiple fulfilment models via investments into micro-fulfilment centres and automation technologies.”

“This is a natural evolution for procurement,” believes Lance Younger, Managing Director at INVERTO, BCG’s procurement and supply chain arm. The crisis “will accelerate increased supply chain transparency, deeper business continuity and scenario planning as well as restructuring of the overall supply base.”

One area where there will be increased focus is onto technological aids to reduce risks and manage supply chains better. “In many ways, the widespread impact of COVID-19 has been a forcing-function for innovation, and shippers for whom digital transformation wasn’t a top priority are suddenly moving quickly,” says Driegert.

“We anticipate a spike in supply chain technologies overall,” in response to the pandemic agrees Shetty. “End-to-end supply chain planning systems including control tower solutions, inventory optimization tools and advanced analytics will be able to mitigate some of the risks associated with JIT while balancing the service-cost trade-offs.”

Technology can’t solve all of these problems, far from it, however. Instead, Younger thinks that “Companies will be willing to bear the incremental cost for business critical items, and this will be offset by a continued drive for procurement to work with suppliers to reduce cost in other areas and reduce the business criticality associated with a product, service or supplier.  Procurement will do this through detailed product/service tear down and redesign, through to the introduction of new suppliers and dual sourcing strategies.”

However, cost is such a powerful driver that “Just-in-time inventory is not going to go away,” argues Abe Eshkenazi, CEO of ACSM. “The challenge is who is going to be responsible for filling in the gap between just-in-time and just-in-case. Excess capacity for redundancy would be difficult for private enterprises to handle themselves. It needs to be a collaboration between public and private in order to respond to these types of surges in the future whether it be for personal protection equipment, pharmaceuticals, or other supplies. These are both policy and economic decisions.”

Overall “Global supply chains are having a ‘rethink’ on their sourcing models,” says Shetty. Alongside increasing inventory levels to at least some degree and accelerating investment into technologies, particularly visibility and command and control-related ones, there will also be a reappraisal of geographic links and vulnerabilities.

Companies will need to spread risk more effectively and have back ups in place for first, second, or even third tier suppliers and beyond, depending on the complexity of their product.

Importantly, there simply isn’t enough margin in many supply chains to do away with JIT and its overall efficiency. When business-as-usual returns, it will largely outcompete other models. Therefore, massive inventory buffers aren’t suddenly going to make a return and some degree of geographic resiliency will have to be considered.

“Moving forward [US supply chains] will want more geographic diversity in sourcing even if it’s expanding into more countries in Asia and perhaps Mexico,” thinks Caldwell.

However, for Nabil Malouli, VP, Global Ecommerce Lead, DHL Supply Chain, “I don’t agree with the statements around wide adoption of near shoring. We will see a few organizations changing supply base but nothing major in my opinion. Moving supply chain manufacturing is a complex process at large scale and many people underestimate that.”

As we covered in our feature on near shoring and reshoring here, and Malouli notes, there simply isn’t the capacity to suddenly shift production in many supply chains right now, so this movement towards geographically dispersing risk and creating back-ups will be a decade-long trend and in the meantime we are likely to see some increase in inventory in several industries but also a focus on technological aids as it definitely isn’t the point to call time on just-in-time just yet.

Download the Emerging Out of the Pandemic Supply Chain Report for a major industry survey and key insights into how the crisis is and will change supply chains and more on the development of supply chain planning.