DONG Energy’s massive Hornsea Project One farm will set a long-standing capacity record due to state and private financing challenges and the benefits of clustering and standardization should be felt across industry, experts said. 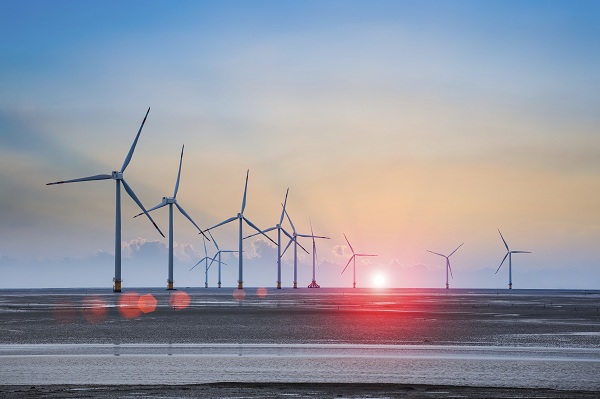 Due to come online in 2020, the 1.2 GW facility located 120 km off the Yorkshire coast will exceed London Array, the largest offshore farm currently in operation, by 570 MW.

The FID for Hornsea Project One was announced February 3, following the award of a Contract for Difference (CfD) from the UK Government in April 2014.

DONG Energy have earmarked a further two complexes within the Hornsea Zone, which could see an additional 3 GW of capacity built. The Danish company aims to install 6.5 GW of offshore wind globally by 2020.

While Europe is set to be the first region to install mega scale projects, DONG Energy is also increasingly active in the emerging US offshore market, and on February 9 the company announced it had gained a lease for a New Jersey site which could accommodate more than 1 GW of power.

The deal sees DONG take over a lease awarded to RES and provides DONG Energy with its second lease in U.S. waters.

“With the takeover of the offshore wind development projects in the U.S., we are broadening our international scope. The site conditions are quite similar to those we currently work with in North-Western Europe which means that the project could be developed using well-known technology," Samuel Leupold, DONG Energy’s Executive Vice President of Wind Power, said in a statement.

According to Piet Warnaar, Senior Business Developer at ECN Wind consultancy, the Hornsea project opens the door for a new generation of GW-scale projects, but the structure of these projects will largely depend on the available finance.

“Farms at this scale can only be pursued by large experienced parties with large balance sheets and financial reserves, and even these developers will continue to pursue a mixed-scale portfolio to limit the incremental risks associated with larger farms,” he said.

ScottishPower Renewables announced February 24 it had made the FID for its 2.5 billion pound East Anglia One offshore windfarm in the UK. The 714 MW project was initially planned to be 1.2 GW, but the developer downscaled in 2014, reportedly due to limited government subsidies available.

East Anglia One, which will be situated off England's eastern coast, has secured a Contract for Difference (CfD) strike price with the UK government of 119 pounds per MWh. ScottishPower Renewables said this was over 20 pounds/MWh lower than CfDs secured in 2014.

Market data clearly shows an upward trend in offshore wind farm capacities, although averages still fall well below the 1 GW level. According to the European Wind Energy Association, the average size of wind farms under construction in Europe in 2015 was 337.9 MW.

Project sizes are expected to increase modestly to an average of 430 MW by 2020, Michael Guldbrandtsen, Senior Consultant at MAKE, told Wind Energy Update.

“Experience is key and the industry needs to construct even more mid-sized farms before it’s collectively ready to move towards gigawatt-scale farms,” Guldbrandtsen said.

“Only utilities with very strong balance sheets and extensive experience will be capable of handling these huge projects,” he said.

With larger farms come larger associated risks, which even the biggest industry players will have to navigate carefully.

Grid integration is a key challenge for such large projects but Warnaar also noted that greater predictability provided by larger windfarms can offer “greater clout within the energy market” and improve the chance of securing an offtake agreement, Warnaar said.

The appetite for government funding is also a concern across the UK renewable space. While the Conservative government has offered continuing support for offshore power, it has pulled back on subsidies for onshore wind and solar.

“Right now we have only seen Hornsea Project One get a CfD and it is a real risk that none of the other larger farms will actually get government support,” Guldbrandtsen said.

The length of time between the award of the CfD in 2014 and the FID in 2016 shows it is unlikely that we will see any further FIDs on these huge projects “within the next few years,” Guldbrandtsen said.

Only a handful of mega-scale offshore projects have had consent authorized and these projects lie within the UK's Dogger Bank, Moray Firth and Firth of Forth development areas. Guldbrandtsen predicts that we will not see any further commitments to mega scale projects in the near future and anticipates that we will only see two or three really big projects before 2025.

The main rewards of larger wind farm projects are those linked to economies of scale, standardization and vessel optimization.

At this scale, “we are likely to see a lot of clustering…as we move into a realm where scaled parties are very limited,” Warnaar said.

This will foster long-term contractual partnerships which allow firms to repeat a set of established actions and contracts, he said.

There is strong potential for cost reductions through standardization, something which has been largely allusive to-date with offshore projects. As firms continue to engage in smaller projects to spread the risk across their portfolios, standardization could be seen along the offshore pipeline, Warnaar said.

For example, standardization can be optimized for substations.

DONG Energy has said the construction for Hornsea Project One could take up to four years to complete and foundation installation should be completed within 24 months.

The longer construction period for mega scale projects could have both positive and negative effects for the industry. Contractors such as installation vessel owners would be offered a longer revenue stream, but the supply-chain could become extremely stretched and potentially increase the cost of other smaller construction projects, Warnaar said.

The UK North Sea is expected to be the main region to host mega farms in the first instance, with potential also in the Dutch North Sea going forward.

“The stable regimes and regulatory frameworks, developed market, and supporting infrastructure in the UK and potentially Dutch North Sea will be central to constructing these gigawatt-scale farms,” Warnaar said.

In markets outside the UK, more modest tenders are being pursued for now. Germany currently has a cumulative annual offshore capacity cap of 800 MW and unless this changes mega scale projects may be more likely in Dutch waters.

While upcoming tenders in the Netherlands cover projects of around 350 MW, the Dutch government has showed signs it is considering upscaling the size of concessions in future rounds, Warnaar said.