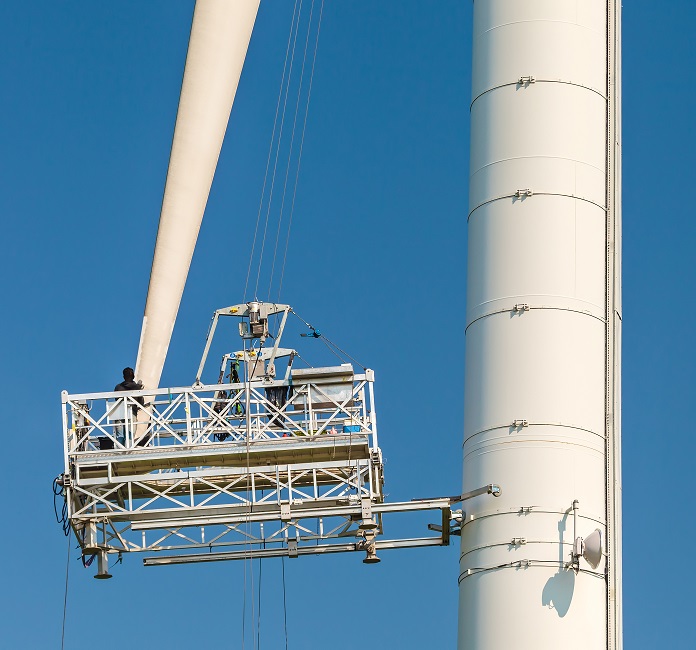 Intense wholesale power market competition is continuing to drive down wind power costs and pressure margins. The introduction of wind power auctions has accelerated cost reductions and spurred developers to maximize value from the full lifespan of wind power projects.

"It's not just the supply chain where we are seeing competition and falling prices. We are also seeing an increasing amount of competition among institutional investors as they are driven into a new asset class from falling bond yields and the traditional fixed income instruments that they have been investing in," Kruger said.

Advances in turbine technology are helping to drive down the levelized cost of energy (LCOE) but owners are increasingly looking to O&M to increase returns. O&M efficiency has continued to improve as original equipment manufacturers (OEMs) and independent service providers (ISPs) compete for market share. In most markets, this has resulted in lower O&M prices. 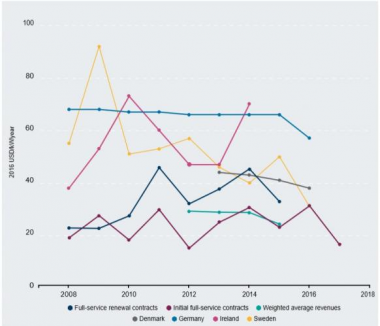 BNEF estimates that 71% of the 300 GW commissioned onshore wind capacity in EMEA is now out of warranty, aged between six and 27 years old. This capacity represents estimated O&M spending of around $5 billion in 2018, according to BNEF.

Amid intense power market competition, “one of the [cost] levers that you can pull is O&M,” Kruger said.

The drive towards lower prices is transforming the O&M market, where operators must choose between in-house operations and services offered by OEMs and ISPs. Operators are being offered a widening range of service contract terms and increasingly linking contracts to production risk.

"Now as we are being pressured on costs, as we are getting tenders which are putting pressure on prices, we need to extract some value," Guy Auger, CEO of Greensolver, an asset management firm, told the conference.

"O&M cost is the biggest driver of OPEX so in the end you need to be able to squeeze it out," Auger said.

Many companies are in-sourcing O&M activities. "That’s how they extract a lot of the value that’s actually sitting with the OEMs..[they] acquire the assets and manage it,” Auger said.

A recent study by IHS Markit found that U.S. in-house O&M costs in 2015-2017 were on average 19% lower than those maintained by OEMs or ISPs.

However, bringing O&M activities in-house requires significant upfront investment in training and infrastructure and costs vary depending on plant size, age and location.

Many large operators are increasing ties with suppliers. Companies such as E.ON have deployed a range of hybrid supplier-operator partnerships, according to specific site needs.

In the drive to lower prices, quality standards must be maintained to ensure long-term project value for investors.

"There is a real risk as I see it of a reduction in quality of equipment, in that push and that rush to bring the cost of energy down," Peter Raftery, Managing Director, BlackRock Renewable Power Group, said.

"There are engineering choices being made...and that can go too far if we are not careful," Raftery said. 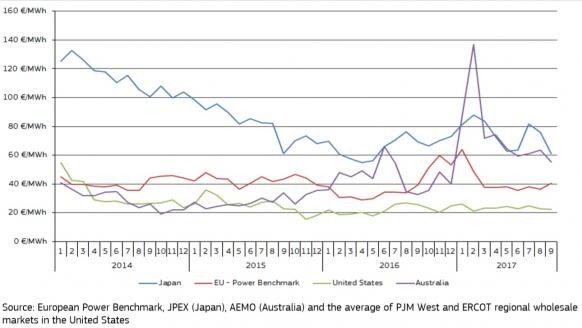 Blackrock Renewable Power has invested around $4 billion in wind and solar assets, around half of which is in wind. The company owns around 3 GW of wind capacity.

To meet the needs of infrastructure investors, equipment must be designed and operated for up to 30 years, or longer, Raftery said.

Growing installed capacity means the wind power industry is "moving away from a niche market into more of a commodity" and firms must retain a long-term view on O&M to avoid unnecessary costs in the future, Dan Barker, Managing Director - Service, Enercon Canada, told the Wind O&M Canada 2017 conference in December.

The average age of turbines in North America is around six years. The North American wind industry has moved out of its infancy and into a "sweet spot" which could offer many years of useful life with relatively low-cost O&M, Barker said.

Barker warned decisions made at this point will impact the duration of this lower-cost period.

"These are long-term assets and that requires a long-term mindset and strategy in how we manage those assets...Maintaining that long-term view and avoiding the temptation to reduce costs is important, " he said.

Predictive maintenance using data analytics can also drive significant improvements. This would use inputs from OEMs as well as specific site data gathered by operators.

Improvements in spare parts strategies can also have a significant impact, Stark said. Spare parts costs can represent up to 40% of in-house O&M costs, she said.

Accenture's research showed there was a “50% difference in the number of [full-time employees] per megawatt, in terms of the operating miles and the number of people servicing," she said.

Key areas for improvement include the handover of work processes, sourcing of skilled employees and reduction of transportation durations, Stark said.

Intense O&M competition means that re-tendering of services can yield significant cost gains. This was seen in the UK, where an influx of Spanish and German service providers had a clear impact on prices, Stark said.

"We've seen first tenders come out at 30% reduction in O&M contracts, just from re-tendering," she said.