Vestas and Maersk are jointly developing a crane system which cuts installation and logistics costs for onshore and offshore farms and removes the need for seabed-based jack-up vessels, the companies told New Energy Insider. 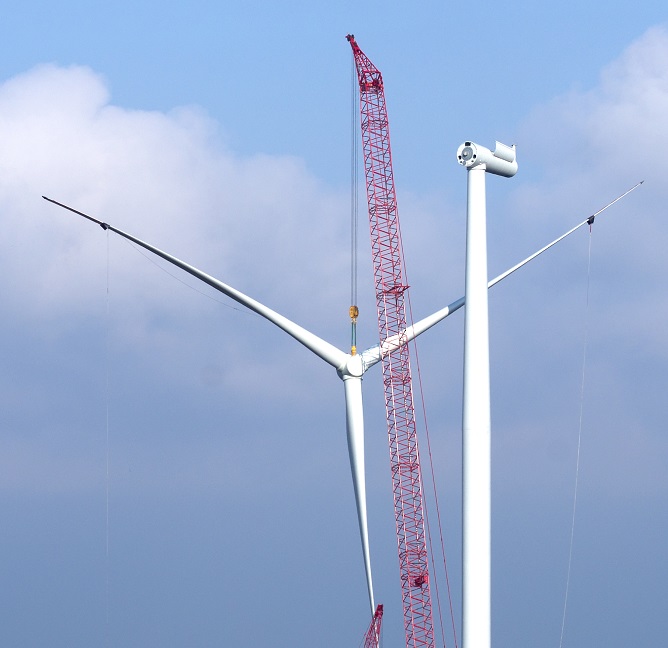 In June, Vestas and Maersk Supply Service, a major marine and logistics group, formed a partnership to develop logistics and installation technologies to reduce the cost of onshore and offshore wind.

The first joint project is a new Vertical Installer crane, which will "significantly" reduce capex costs and provide faster onshore and offshore installation, the partners said.

Logistics and installation costs will become a greater driver of wind costs as turbine sizes rise and they are installed in increasingly-remote locations.

Installation is performed from a floating vessel with a crane that is "handshaked" to the transition piece. Barges and Maersk's existing fleet of anchor handler vessels will be used to transport the turbine components and the crane.

"The amount of capex in the total solution is significantly lower than existing methodology requires," Neergaard said. 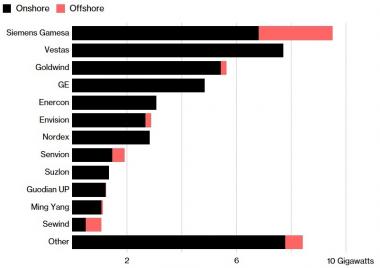 The removal of seabed-based jack-up vessels also means the solution can be used in all locations, including deep-sea sites.

An estimated 80% of offshore wind resources are in water depths of over 60 meters, where fixed bottom designs are not suitable. This equates to 4 TW of offshore capacity exclusively available to floating projects, according to industry group WindEurope.

The offshore version of the Vertical Installer crane is scheduled to be operational by the first quarter of 2021, the project partners told New Energy Update.

Earlier this year, GE Renewable Energy launched the world's largest offshore wind turbine, the 12 MW Haliade-X. Orsted has predicted turbines of capacity 13 to 15 MW will be on the market by 2024.

Vestas and Maersk will create specialized lifting tools and handshaking solutions for the Vertical Installer crane and a different design will be used for onshore and offshore projects.

“The way you operate and handshake will naturally be very different as will the logistic operation,” Neergaard said.

Dutch firm Mammoet has developed a crane for onshore wind farms which uses the turbine’s tower as a point of support to lift and lower heavy components.

The crane has a capacity of 250 metric tons and the maximum lifting height of the crane is "virtually limitless," Mammoet said. 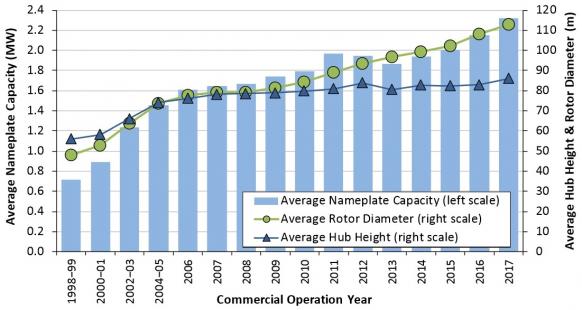 In the offshore sector, European researchers have developed a telescopic tower system which acts as a self-stable floating barge over which the complete system can be pre-assembled onshore.

The three-year “Elican” research project was started in January 2016 and has a budget of 17.1 million euros ($19.8 million). The European Union is providing funding and project partners include Siemens Gamesa.

Once ballasted to the seabed, the Elican tower can be lifted to its final position by cables and jacks. The solution could reduce installation costs by 30 to 40%, according to Elican partners.

Vestas and Maersk’s Vertical Installer project has received DKK 47 million ($7.3 million) in funding from the Danish government for a three-year period.

The developers plan to produce a smaller, lighter version of the crane for maintenance procedures.

As the wind O&M market grows, industry relationships are evolving.

Original equipment manufacturers (OEMs) are increasingly moving into the third-party servicing market while service providers are expanding in areas such as spare parts distribution. Many large wind owners have brought O&M activities in-house.

The new partnership between Vestas and Maersk shows how wind companies are widening their expertise to lower costs and protect market share.

“We see this as a very valuable addition to building a long-term platform for growth in the U.S. market, across technologies,” Henrik Poulsen, CEO of Orsted," told journalists.

“We see Lincoln adding further to our critical mass and our presence in the United States,” Poulsen said.