US wind repowering returns stand up against wholesale prices, for now

Partial repowering in 2018 can offer double-digit returns but the step-down of tax credits will require greater efficiency gains from later projects, a new study has found. 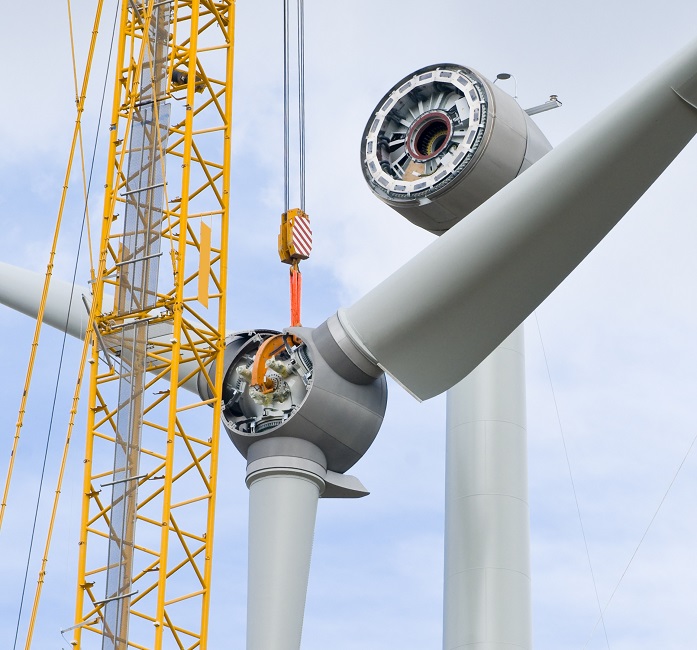 Most recently, PacifiCorp ordered 260 MW of turbines from Vestas to repower the Marengo 1 &2 wind farms in Washington. The Marengo wind farms were built in 2007 and 2008 and the turbines will be upgraded from 1.8 MW models to more advanced 2.0 MW units from the second quarter of 2019, Vestas said June 29.

Operators may choose to perform a "full repowering" of major wind farm infrastructure or a "partial repowering" where typically the existing tower and foundations are kept in place.

Some 2.1 GW of U.S. online wind capacity was repowered in 2017 and over 15 GW of capacity is "ripe" for repowering in 2018, ICF consultancy said in a report published in May. Repowering could add 300 MW of additional U.S. wind capacity in 2017-2022, according to Bloomberg New Energy Finance (BNEF).

Projects installed between 2003 and 2010, underperforming plants and those with high maintenance costs are all likely candidates for partial repowering, ICF said. Similarly, turbines from suppliers no longer in business can be swapped out under a repowering program.

Partial repowering projects in 2018 can earn an Internal Rate of Return (IRR) after tax of 11%, according to ICF. This is based on a captured energy price of $24/MWh (flat) and capital expenditure of $950/kW.

“It may make better financial sense this year than it will next year or the year after,” Chris Mertes, ICF’s Wind Practice Lead and co-author of the report, told New Energy Update.

ICF's indicative IRR calculation is based on an increased net capacity factor and a 10-year extension of asset life.

Energy production gains are clearly a crucial driver of repowering economics. According to the consultancy, a 1% increase in capacity factor can increase IRR by 0.8%.

To qualify for the PTC, the value of the repowering project must be at least 80% of total plant value.

Partial repowering work can differ between projects, but longer blades are typically fitted and it often involves the replacement of the entire rotor and the refurbishment of other parts of the wind turbine, such as the nacelle or hub, Eric Soderlund, senior manager and structural engineer at Sargent & Lundy told New Energy Update.

“This is done to increase the wind turbine capacity….PTCs are received so long as the 80/20 rule is met,” he noted.

The contracting of wind energy supplies is evolving as costs fall and subsidies are removed. While some projects will benefit from long-term PPA contracts, many will be exposed to wholesale market prices which have been flattened by the U.S. shale gas boom.

The economics of repowering can be "feasible" if captured wholesale prices are in the mid-$20's/MWh range, ICF said in its report.

A 1% change in wholesale prices can impact IRR by around 0.4%, based on the above project assumptions, it said.

Repowering decisions must also factor in O&M costs over the lifetime of the project.

"The O&M cost delta is a significant driver in the economics of a repower project: a $5/kW-yr difference in our base case makes for a difference in IRR of 1.4%," the ICF consultants said.

Market competition has also spurred a widening choice of repowering "add-ons" which can further reduce costs over the lifetime of the asset.

Original equipment manufacturers (OEMs) are now offering repowering packages that include upgrades to main equipment as well as O&M, grid and forecasting solutions.

In one example, GE supplied the turbines for Leeward's Sweetwater 1 & 2 repowering project along with O&M services and tax equity financing through the GE Energy Financial Services arm.

"We’re bringing the entirety of GE to the table for our customers, providing options for servicing, grid solutions, forecasting and tailored financing solutions,” she said.