U.S. tax credits have accelerated wind repowering activity but investments in 2020-2025 will depend on improvements to turbine upgrade packages, industry experts said. 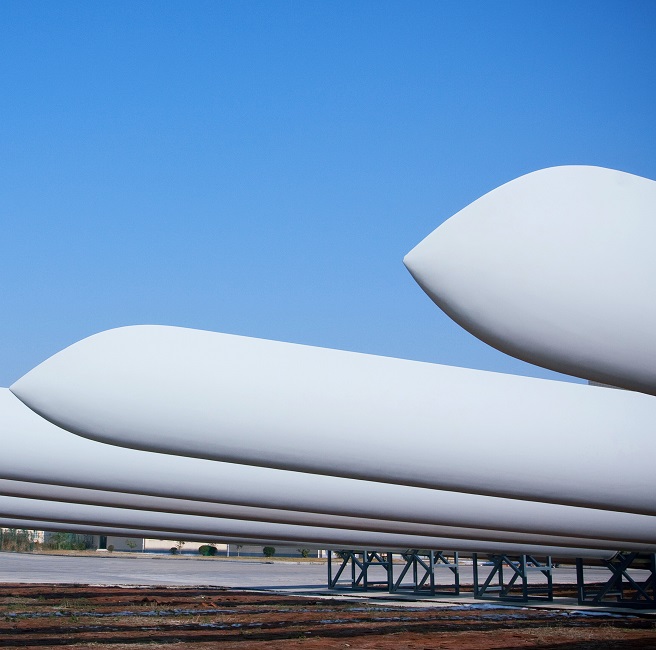 The Sweetwater 1 & 2 wind farms were repowered after 14 and 12 years of operations, respectively. The repowering included the replacement of major turbine system components and installation of the latest operating technology to increase plant efficiency.

Rising turbine capacities are helping operators maximize gains from new wind projects and shifting the economics of repowering existing sites. Average wind fleet ages are rising, incurring higher maintenance costs. The average turbine age in North America will rise from 5.5 years in 2015 to 7 years in 2020 and 11 years in 2025, according to the 2017 IHS Markit Wind O&M Benchmarking in North America report, published last month. 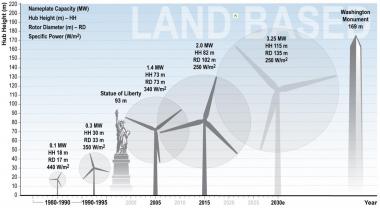 Back in 2013, the National Renewable Energy Laboratory (NREL) forecast that the U.S. repowering market would be worth $25 billion between 2015 and 2030. However, this assumed that 25% of plants repower after 20 years of operations, 50% after 25 years and the remaining 25% either continue operating unchanged or are decommissioned. Since this forecast, turbine innovations, cost reductions and PTC incentives have prompted operators to examine repowering far earlier in the life-cycle.

Companies planning to repower U.S. projects over the next two years include NextEra Energy and Leeward Renewable Energy, both in Texas; Rocky Mountain Power, mainly in Wyoming; and Infigen in Illinois. Oil group BP has also launched a repowering project for its U.S. wind power fleet.

Since the PTC scheme was extended in 2015, operators have sped up their repowering programs to take advantage of the credits, Eric Lantz, an analyst at NREL, told New Energy Update.

The PTC extension is likely the "principal driver" of recent repowering investments, Lantz said. Without the PTC incentive, many of these repowering decisions may have been taken in the early to mid-2020s, as investors waited until around 20 years of operations, he said.

Lantz does not expect the rate of repowering to continue at the same pace between 2020 and 2025, after the PTC scheme has expired.

“I don't expect the rate of technology improvement to offset the lost value of the PTC quite that quickly,” Lantz said.

Repowering activity could regain momentum thereafter, depending on the rate of technology gains, he said. 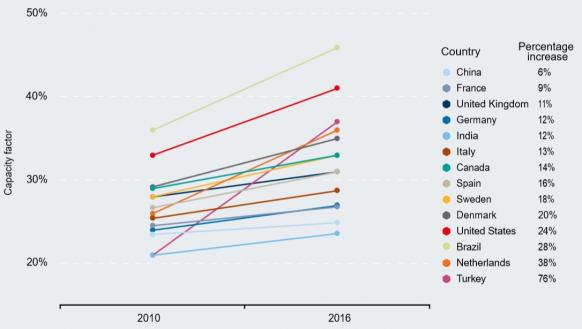 Rocky Mountain Power is planning to invest $1 billion in upgrading its existing wind projects, mainly in Wyoming, with larger blades, better control systems and technology. The operator predicts the repowering project will provide an 11 to 35% increase in power production levels.

The project forms part of Rocky Mountain's Energy Vision 2020 program and the company has calculated the PTCs allocated under the repowering between 2020 and 2030 will cover the entire cost of the repowering. The operator submitted its plans for regulatory review in June 2017.

In another example, GE has said the repowering of 706 MidAmerican Energy turbines in Iowa will generate 19 to 28% more power.

By increasing generating capacity at existing projects, operators can avoid some of the permitting and administrative costs of developing new sites. In addition, the operator has already gained experience and data on the site conditions.

However, repowering projects may require the renegotiation of power purchase and interconnection agreements. The risk of installing larger turbines on existing towers and foundations must also be fully analyzed.

According to Lantz, operators without access to tax credits might opt for partial repowering strategies, such as power electronics upgrades, controls upgrades, or rotor upgrades that could yield an "incremental" energy production benefit with less capital outlay.

Amid aggressive competition in the wind power market, turbine suppliers are offering a widening range of repowering options.

Original equipment manufacturers (OEMs) like GE are now offering repowering packages that include upgrades to turbine, gearbox and other main equipment, as well as options for operations and maintenance (O&M), grid solutions, forecasting and financing.

"We’re bringing the entirety of GE to the table for our customers, providing options for servicing, grid solutions, forecasting and tailored financing solutions,” she said.