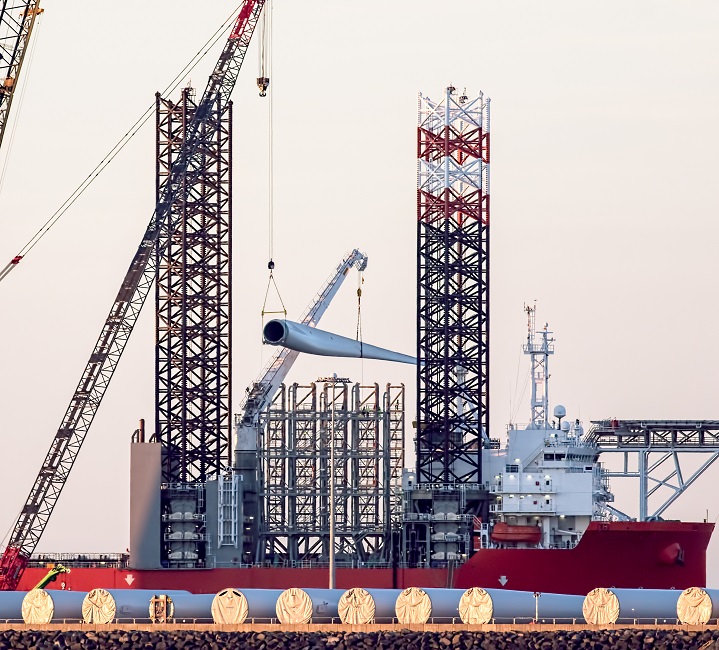 In the emerging U.S. market, European learnings are expected to accelerate cost reductions.

Subsidy-free offshore wind projects could soon be a reality in U.S. states with relatively-low wholesale prices, such as Massachusetts and New York, leading offshore developers told the conference in Boston on June 7-8.

"I can clearly see the potential for being subsidy-free in the U.S. in the next couple of years," Gunnar Groebler, Senior Vice President, Business Area Wind, Vattenfall, said.

"We will get there faster than expected, that is what we have seen in Europe," he said.

In early 2017, the National Renewable Energy Laboratory (NREL) predicted U.S. offshore wind plants could be built on an unsubsidized basis by the late 2020s. Since then, European offshore wind strike prices have continued to fall and U.S. market interest has soared.

"Very soon we will start to have part of the wind farm selling electricity through commercial PPAs and then little by little the process will evolve towards full subsidy-free," Alejandro de Hoz, Vice President of US Offshore Wind, Avangrid Renewables, said.

"We think the transition from this higher cost curve as a new market to the established market cost curve happens at around 3 to 4 GW of installed capacity, in the U.S. this happens in roughly 2028 in our opinion," Harries said.

Offshore wind prices at these levels would impact wholesale markets, according to current forecasts.

"It starts to shave off some of those peaks in power prices, which becomes a very interesting and significant value add of offshore wind," Harries said.

BNEF predicts 2.7 GW of offshore wind will be installed in the U.S. by 2025, rising to 6.2 GW by 2030. These predictions are based on the technical capacity of U.S. site leases, current state support and offshore wind targets.

"We are basically talking here about a market which will support, we think, between 600 MW and 1,000 MW per year in the mid-to late 2020s," Harries told the conference.

In the early 2020s, Massachusetts projects will dominate activity, while New York State and New Jersey will drive growth in the mid-to late 2020s, according to BNEF.

U.S. developers will be able to leverage technology innovations, installation expertise and other cost savings gained in Europe. An efficient supply chain network is key to optimizing costs.

The learning curve and efficiency gains in the U.S. will be much steeper than that seen in Europe, de Hoz said.

"The U.S. will be able to start building wind farms at the same time as it develops a supply chain...This is going to be very helpful for both the supply chain and investments in wind farms," he said.

"We start halfway down the cost curve…What we need to focus on are things like ports and a trained workforce," he said.

In April, GE Renewable Energy launched the world's largest offshore wind turbine, the 12 MW Haliade-X. GE will invest $400 million in the design over the next three-to-five years and aims to install the first demonstration turbine in Q2 2019 and start commercial shipments from 2021. The Haliade X is a significant advancement in offshore turbine capacity. Last year, Denmark’s Orsted installed the world's first 8 MW turbines in the UK and the average capacity of newly-installed turbines was 5.9 GW. Orsted has predicted turbines of capacity 13 to 15 MW will be on the market by 2024.

"We are winning on two sides there, it's the capex and the opex side as well," he said.

BNEF estimates growing turbine capacities directly impact as much as 60% of O&M costs.

The trend towards much larger turbine capacities brings about significant design, manufacturing, logistics and installation challenges.

A large number of turbines of capacity 8 MW-10 MW will be delivered in the coming years, allowing suppliers to optimize installation efficiency for these larger units, Philippe Kavafyan, CEO, MHI Vestas Offshore Wind, told the conference.

"We have a new sweet spot where we are capable of leveraging and maturing all the processes to get that efficiency in the entire value chain," he said. 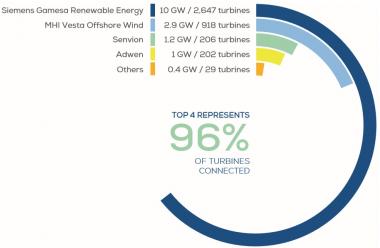 Increasing installation experience and the influx of institutional investors has reduced the cost of capital for European offshore wind projects.

"This took a long time in Europe, but the U.S. can piggy-back off the back of this," Harries said.

"Already attracting institutional capital at such an early stage will be key to reducing the price of offshore wind in the U.S.," he said.

European developers have used economies of scale and series to drive down costs.

By clustering sequential projects within the same lease area, developers can use site-specific knowledge to reduce risks and optimize marine logistics.

This approach improves installation efficiency of later projects and reduces uncertainty over the yield of a site, which can reduce the cost of finance, Harries said.

"But also you can also start to leverage operations and maintenance savings-- these are very significant in offshore wind," he said.

In the UK, project clustering can reduce costs associated with marine logistics and O&M management by around 25%, representing an 8.75% reduction in project costs, according to BNEF.

For an extension to an existing project, clustering efficiencies can reduce project costs by some 17.5% in total.

"This is where these large leases that have been issued can really drive the market in the U.S.," Harries said.

Key challenges for the U.S. market include installation efficiency, which will depend on port infrastructure and the supply of specialist vessels and skilled labor.

Vessel suppliers and wind installation experts are collaborating to build new vessels and convert existing assets to bring the latest high-capacity turbines to the U.S. market.

In April, Florida-based Aeolus Energy Group announced it plans to build a U.S.-flagged vessel fleet to serve the offshore wind sector, expecting to generate 4,000 jobs in the next couple of years. In March, Seacor subsidiary Falcon Global and Norway's Fred Olsen Wind Carrier agreed to jointly supply vessels and marine installation crews to the U.S. offshore wind market. Fred Olsen Windcarrier is one of Europe's most experienced offshore wind installation groups and has installed more than 300 turbines to date. Other vessel construction projects are underway.

Another challenge for U.S. offshore wind developers is lower energy yield than in some European markets.

"By and large, the wind resource is not as high as UK and German North Sea- that will make a difference," Sven Utermohlen, Chief Operating Officer, Eon Climate & Renewables, said.

"We will have to make up for that with better technology and lower cost," he said.

To maximize investments in the U.S. offshore wind sector, developers and suppliers will require a stable project pipeline.

Groebler noted that the visibility of the U.S. offshore wind pipeline has improved significantly over the last 12 to 18 months.

"That gives us confidence that there is sufficient space for more players than we see today," he said.

Indeed, the potential for U.S. offshore wind is huge with projects now being developed on the East and West coasts.