US to install 8 GW wind capacity to power past hydro; PPA signings soar 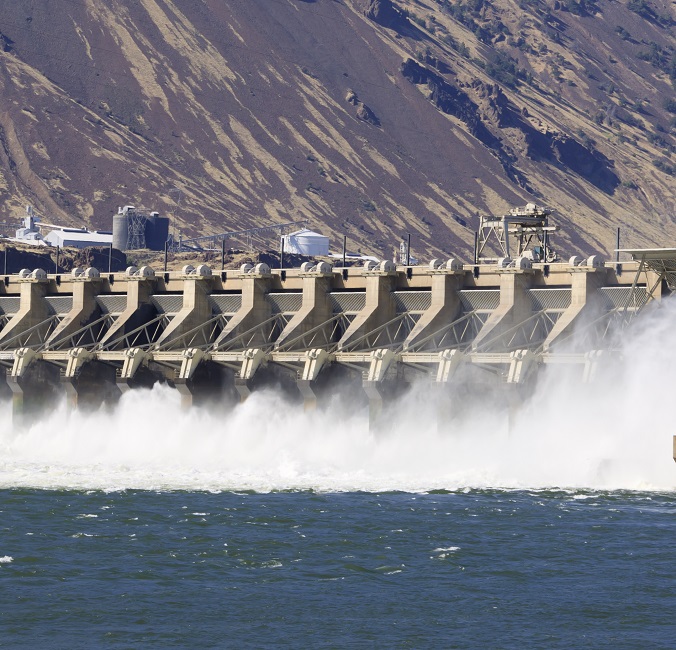 Wet weather boosted hydro output in 2017 but the share of power from wind is forecast to climb above hydro in 2018-2019. (Image credit: Baxternator.)

US annual wind output to surpass hydro for the first time

Installed wind capacity is expected to rise by a further 8.0 GW in 2019, EIA said.

"The most notable of these deals was Apple’s 200MW PPA with NV Energy to purchase electricity from the Techren Solar project, the largest agreement ever signed in the U.S. between a corporation and a utility," it said.

In Europe, 1 GW of new corporate PPAs were signed, mainly in Netherlands, Norway and Sweden. 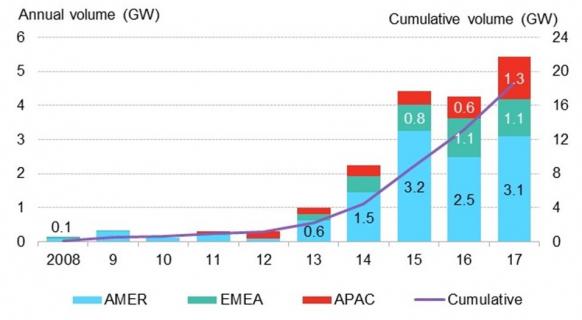 The increase came despite regulatory uncertainty in the U.S. and Europe. Pending US import tariffs on solar panels and changes to European renewable energy certificates have impacted the economic calculation of PPAs.

"Commitments on the part of companies to use renewable electricity, including those made via the RE100 campaign, remain the most promising source of demand," BNEF said.

A rapid expansion of UK offshore wind capacity through the use of zero-subsidy contracts for difference (CfDs) and "revenue-stack" regulation could reduce UK power system costs by 7%, independent analyst group Aurora Energy Research said in a report published January 18.

The implementation of zero subsidy CfDs and rules which allow offshore wind operators to stack revenues could increase UK offshore capacity from 6 GW in 2017 to 30 GW by the 2030s, the report said.

Reduced system costs would equate to annual savings to consumers of 1 to 2 billion pounds, it said.

Zero-subsidy CFD’s and new revenue stack regulation would provide a "viable long-term route to market for offshore wind" and help to secure further investment and supply chain opportunities, Aurora said in its report.