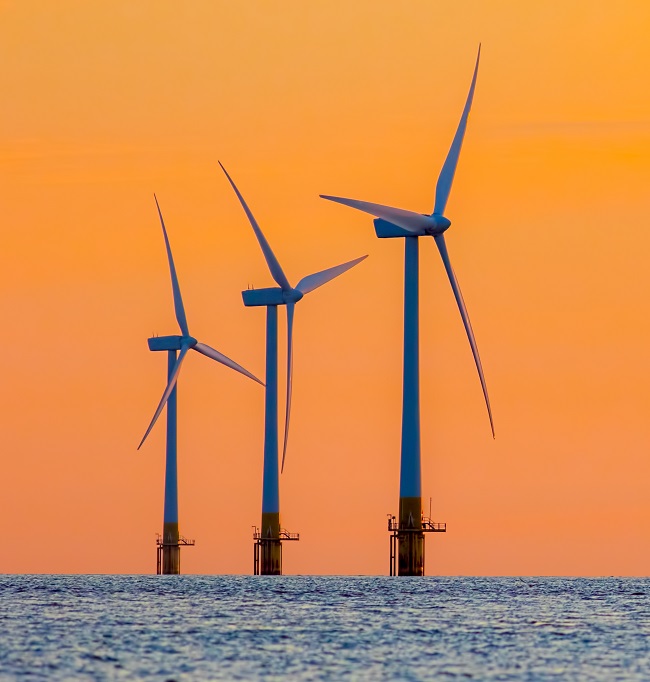 The U.S. Bureau of Ocean Energy Management (BOEM) is to hold a tender December 13 for the Massachusetts Wind Energy Area which could host around 4.1 GW of offshore wind capacity, the Department of Interior (DOI) announced October 18.

The BOEM will also prepare an Environmental Impact Statement for the construction and operations plan for the South Fork Wind Project offshore Rhode Island and will publish a call for expressions of interest to build offshore wind plants off central and northern California, the DOI said.

The BOEM has already awarded 13 commercial wind energy leases off the Atlantic coast.

In April, the BOEM launched a lease sale proposal for the Massachusetts Wind Energy Area and opened a 60-day public comment period.

Some 19 companies have qualified to participate in the Massachusetts auction, the DOI said in its latest statement.

“The Massachusetts sale has a lot of potential for both energy and economic activity,” he said.

Back in December 2016 and January 2017, Statoil Wind and PNE Wind submitted separate unsolicited requests for lease areas OCS-A 0502 and OCS-A 0503 which lie within the Massachusetts Wind Energy Area. Since  the two parties nominated the same areas, BOEM plans to proceed with the competitive leasing process. BOEM must award leases competitively, unless it determines there is no competitive interest. 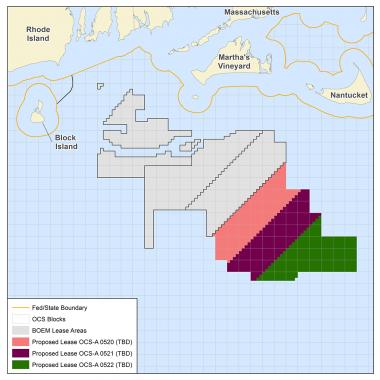 The South Fork project would be situated in Deepwater’s previously-allocated Massachusetts lease site and would send power to Long Island. The Long Island Power Authority (LIPA) approved the power purchase agreement (PPA) for the project in 2017. Deepwater plans to begin construction of the plant in 2021 and start commercial operations in 2022.

Bloomberg New Energy Finance (BNEF) predicts 2.7 GW of offshore wind will be installed in the U.S. by 2025, rising to 6.2 GW by 2030, Tom Harries, Associate at BNEF, told a conference in June.

Massachusetts projects will dominate activity in the early 2020s, while New York State and New Jersey will drive growth in the mid-to late 2020s, according to BNEF.

In a key advancement for Pacific Coast development, the U.S. Bureau of Energy Management (BOEM) has also called for developers to submit information on nominations for offshore wind leases in three designated areas off the California coast.

"This is the first step towards offering a location for wind leasing," the DOI said.

The Nautilus project is set to become the first offshore wind project in New Jersey waters and could be online by 2020. 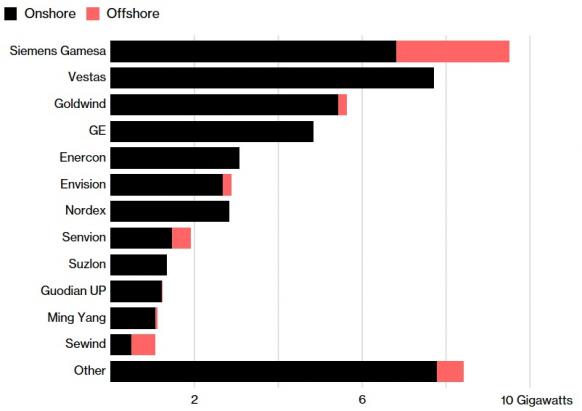 The Nautilus project is fully permitted and is awaiting approval of an offshore renewable energy credit (OREC) agreement from the New Jersey board of Public utilities.

ScottishPower has agreed to sell its remaining 2.6 GW gas and hydroelectric power plant fleet to Drax to become the first vertically integrated UK power group to produce 100% of its electricity from wind energy.

ScottishPower has agreed to sell eight plants to Drax for a cash price of 702 million pounds ($913.7 million). The transaction will help ScottishPower fund 5.2 billion pounds of planned investments in renewables and smart grids over a four-year period.

ScottishPower currently has 2.7 GW of wind power capacity operating or under construction in the UK and a 3 GW development pipeline consisting almost entirely of offshore wind projects.

ScottishPower and Vattenfall are joint-owners of the 714 MW East Anglia One windfarm under construction off the east coast of England.

ScottishPower will look to secure further UK offshore wind projects when the government holds its next lease rounds, the company said.

The UK government plans to hold offshore wind tenders every two years from May 2019 in a bid to install up to 2 GW of new capacity per year.