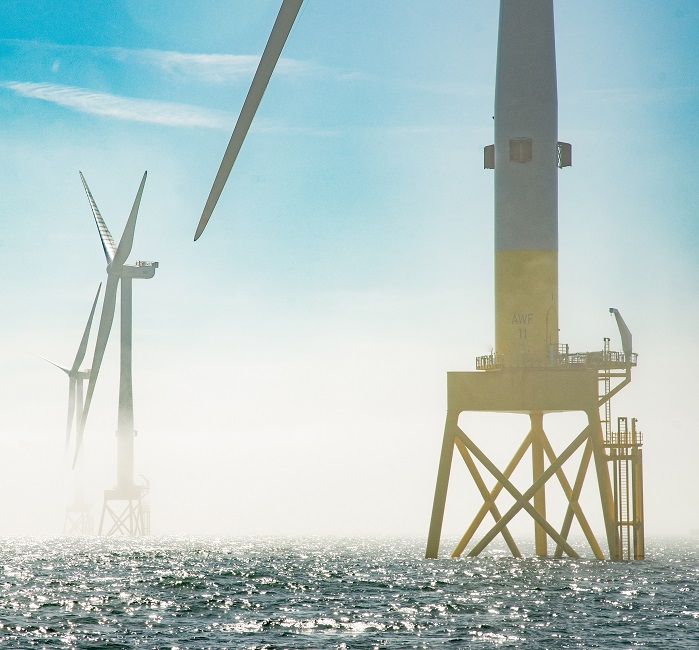 Supported by UK and Scottish governments and the European Union (EU), the 300 million-pound ($394.4 million) facility will be used to test new offshore wind technology and services while also providing commercial power to the grid.

Installation learnings on these new technologies were gained over a six-month construction period and the center will now drive efficiency savings in operations and maintenance (O&M) activities. 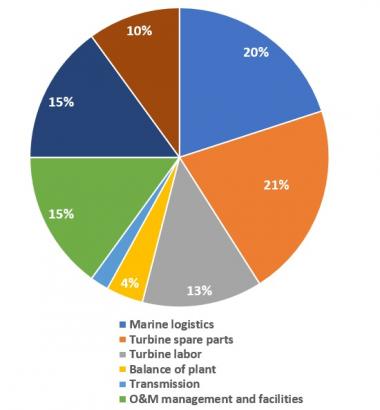 Vattenfall and UK EOWDC partner Offshore Renewable Energy (ORE) Catapult are now working on the test program and the process to select which supply chain innovations will be tested on the operational facility, the groups told New Energy Update.

“The metrics we will be monitoring [during testing] will be reducing costs and improving O&M practices and health & safety”, a Vattenfall spokesperson said.

With a rotor circumference of 164 m and tip height of 191 m, the 1,800-tonne 8.8 MW turbines were installed with a single offshore lift. This process reduces installation and decommissioning costs, allowing the operator to retrieve the entire structure from the seabed, the Vattenfall spokesperson said.

The project was also the first commercial-scale project to use suction bucket jackets to enable faster installation and decommissioning.

“One of our 1,800 tonne suction bucket jacket foundation was installed in what we believe is a world record of two hours and 40 minutes from the time the installation vessel entered the offshore site until deployment was complete,” Adam Ezzamel, EOWDC project director at Vattenfall, said.

In comparison, the driving of monopiles can take around 6 to 8 hours and this is followed by the installation of the transition piece. 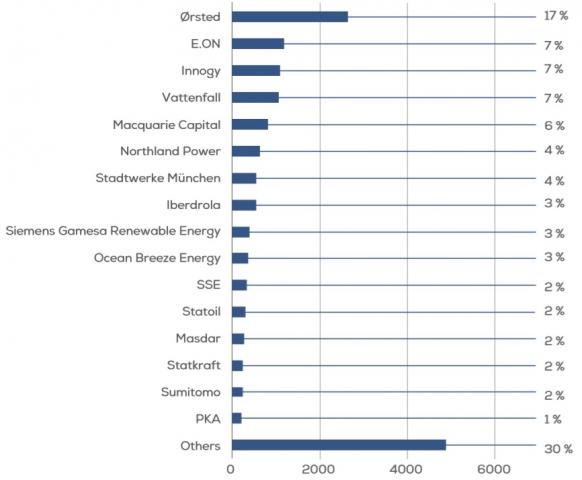 The project is also the first in Scotland to use high-voltage 66 kV subsea cabling inter-array cables rather than 33 kV, reducing the cable distance to just over 21 km.

Higher-voltage cables allow more turbines to be connected to each string and also reduce the required number of substation transformers.

“The net effect is to reduce costs per unit of energy generated,” he said.

Going forward, the EOWDC will support new solutions to optimize operation of the latest turbine designs.

Growing turbine capacities could directly impact as much as 60% of offshore O&M costs, according to Bloomberg New Energy Finance (BNEF). Higher capacity turbines require less maintenance resources per MW, reducing the outlay for spare parts, vessels and personnel during operations.

MHI Vestas is to provide turbine maintenance services for the first five years of operations, at which point Vattenfall will take over O&M responsibilities. From the outset, Vattenfall is responsible for the balance of plant maintenance and logistics, plus all the offshore and onshore high voltage works.

By using advanced turbine and cabling technology, the project partners will be able to integrate the latest data analytics and predictive maintenance solutions to reduce downtimes and increase energy availability.

To minimize logistics costs, construction and operations of the facility is aided by a 30 m purpose-built floating crew transfer pontoon assembled at Aberdeen Harbour.

The 180 m² pontoon can support three crew transfer vessels simultaneously and acts as a marine support base for O&M activities.