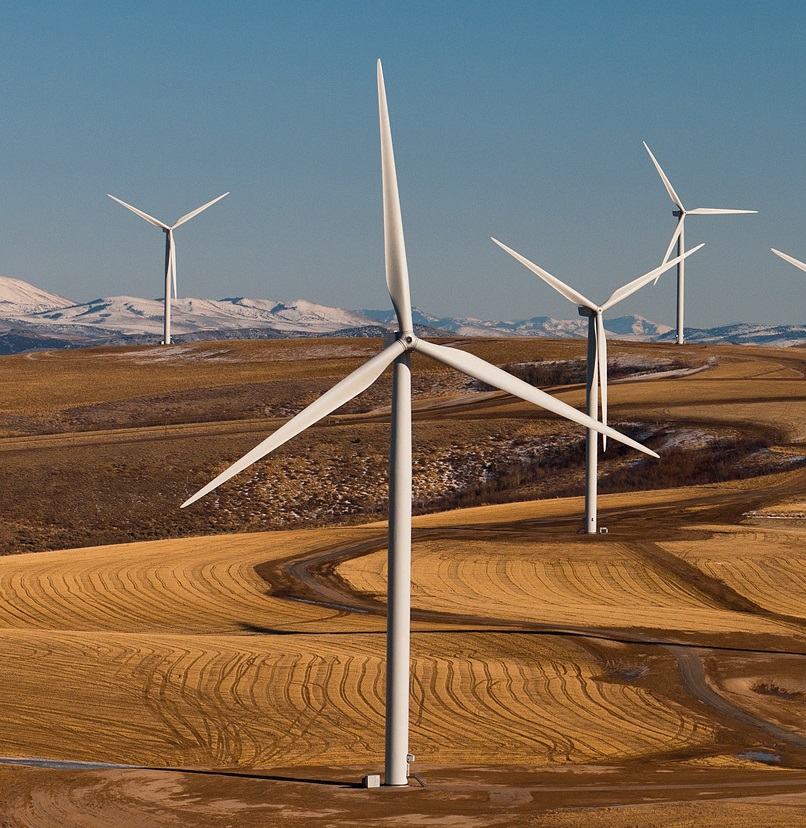 As wind power operators seek new ways to increase returns, new technologies are being developed to reduce the cost of curtailment.

Wind farm curtailment can be due to a number of factors, including inadequate transmission grid capacity or other localized factors such as inflexible generation capacity and interaction with bats and birds.

Technology developers are leveraging growing computing power and the latest sensor technologies to limit the impact on wildlife and project revenues.

Natural Power is now developing a technology that can integrate real-time data on bat presence and wind speed into the wind turbine control system. The company will work with the U.S. National Renewable Energy Laboratory (NREL) to ensure the system meets NERC cyber security and compliance.

This data-reactive system can cut the number of curtailments by around 50% and reduce the need for blanket curtailments during peak bat collision periods, Christine Sutter, Head of Wildlife Technology, Natural Power, told New Energy Update.

Smart curtailment strategies can then be implemented across the wind fleet, "focusing on projects within the fleet that have higher fatality rates as opposed to applying a single strategy across a fleet," Peterson said.

Google recently combined machine learning with U.S. wind turbine data and weather forecasting to increase the value of its wind assets by 20%, the company said in February. 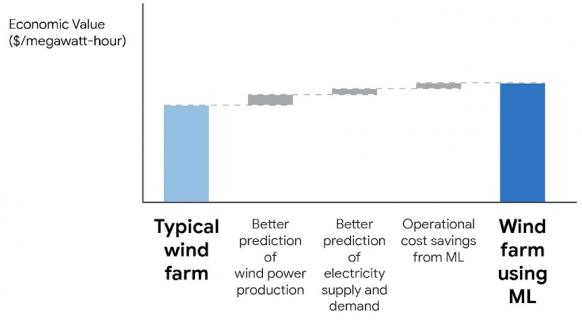 "The key to successful curtailment is in forecasting," Armstrong said.

In the Texas ERCOT market for example, grid expansion measures drastically cut curtailment rates between 2010 and 2014 despite rapid increases in wind power penetration, the DOE noted in its 2018 Wind Technologies Market Report. Between 2014 and 2018, wind curtailment crept up to 2.5% as wind penetration doubled to over 14%. 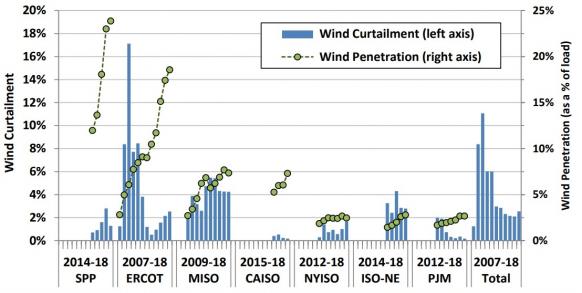 The cost of curtailment varies widely, depending on factors such as turbine capacity and market prices.

Pricing structures could be implemented based on the value of asset curtailment over a full year of operations, Peterson said.

“A market-based incentive could be really effective,” he said.

Many renewable energy developers are now deploying battery technology to maximize the market value of their assets.

UK utility ScottishPower is currently building a 50 MW lithium ion battery facility at its Whitelee wind farm in Scotland. ScottishPower recently became the first UK power utility to generate 100% of its electricity from wind energy and reportedly plans to build at least six energy storage projects planned by end of 2020.

The U.S. wind industry must develop new storage solutions in the coming years to fend off surging competition from solar power developers, Wood Mackenzie Power and Renewables said in a report last month.

"Absent of a step change in turbine performance or cost reductions, it is increasingly obvious that for wind to compete amidst ever increasing renewables penetration, a long-term energy storage solution must be developed to cope with wind’s weekly and seasonal boom/bust cycle," it said.