Invenergy is deploying analytics software by NarrativeWave which empowers wind operations engineers to build new models and can cut development times by up to 90%, company directors told New Energy Update. 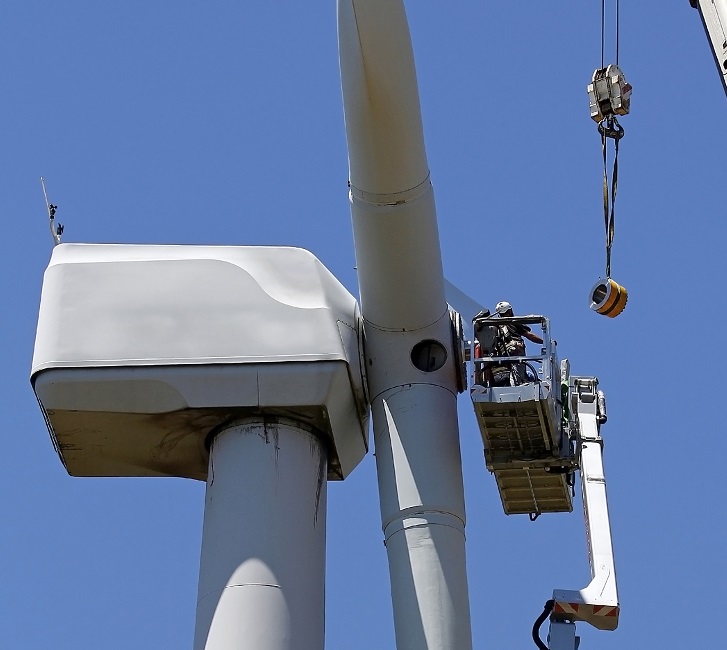 Invenergy announced in February it would deploy NarrativeWave analytics across its U.S. wind fleet and assets in Canada and Poland in a three-year deal to increase operational efficiency. Invenergy is the U.S.'s largest privately-held renewable energy company, operating 7 GW of wind, solar and gas-fired power capacity in the U.S. and 3 GW in other countries. The contract with NarrativeWave covers some 2,200 turbines.

Falling wind power prices have raised the importance of O&M efficiency. U.S. wind farm owners are expected to spend over $40 billion on O&M over the next 10 years and many large operators have brought O&M operations in-house in a bid to lower costs. In addition, turbine suppliers and large operators such as Invenergy have expanded into third-party O&M activities.

Invenergy's latest agreement with NarrativeWave follows a 60-day pilot which examined the impact of the software on production losses and unscheduled downtimes.

NarrativeWave’s software is designed to improve plant performance and reduce O&M costs by allowing engineers to build and adjust analytics models faster and at lower cost than using third-party data scientists. In some cases, the new software helped reduced return-to-service times by over 50%, the firms said.

Mechanical engineers use the software and visual editing tools to build analytics themselves, rather than providing inputs to a data scientist to write the necessary MATLAB code. The analytics are deployed against sensor data to respond to anomalies and make critical decisions automatically.

Tests showed the software can shorten the time needed to create analytic models by more than 90% compared with traditional analytical models that are hardcoded in software, Benjamin Decio, CEO of NarrativeWave, told New Energy Update.

Such user-friendly solutions should allow operators and asset management companies to respond faster to technology-specific and site-specific trends.

“Until now, building analytical models on critical assets was a time-consuming process that involved writing software code that was hard to create, adopt, and change”, Decio said.

As wind operators continue to drive towards greater efficiency, analytics capabilities could provide operators with a market advantage.

Invenergy has already put significant resources into wind O&M and has achieved a market leading energy availability of 97.9%. The company operates a centralised control center to monitor asset performance and bases O&M teams on-site. Invenergy says it inspects its wind assets on average twice as many times as other O&M providers, presenting significant potential for analytics gains.

NarrativeWave believes its transparent and engineer-focused approach to analytics makes it a highly effective tool for predicting and responding to maintenance issues while minimizing data science costs.

“Our users adopted it quickly. It is a very intuitive product," Majewski said.

"It costs the same amount of money to run it on 1 turbine as 2,200 turbines. So there is a tremendous return to scale," he said.

Going forward, Invenergy will be able to integrate the new software with other productivity measures, including optimising wholesale power market and weather data.

The gradual removal of wind subsidies and expiry of tariffs and tax credits will expose more plants to wholesale market prices. In order to minimize costs, wind fleet operators must shape their O&M strategies around wholesale market drivers, as well as system performance. As the below chart shows, wholesale prices fluctuate significantly. 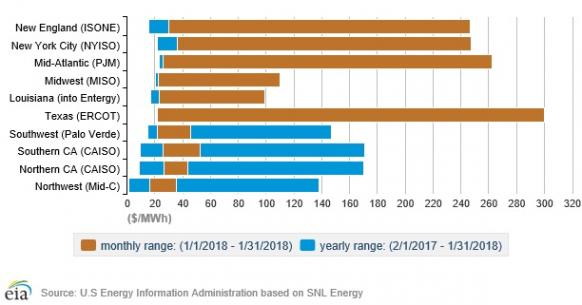 In one example, MidAmerican Energy Company is combining analytics systems with new weather and grid forecasting tools to increase the value of its growing wind portfolio in the competitive power markets, project partners said in a webinar in September 2017.

Majewski said similar analytics approaches could be deployed in other areas of the business, such as energy management and energy storage. Invenergy offers a variety of additional services to wind farm operators, including warranty inspections and resolution, blade erosion impact analysis and outage scheduling and coordination.

NarrativeWave's current projects in other sectors include fleet health and anomaly detection and aftermarket trading platforms to allow operators to manage pricing models, he said.