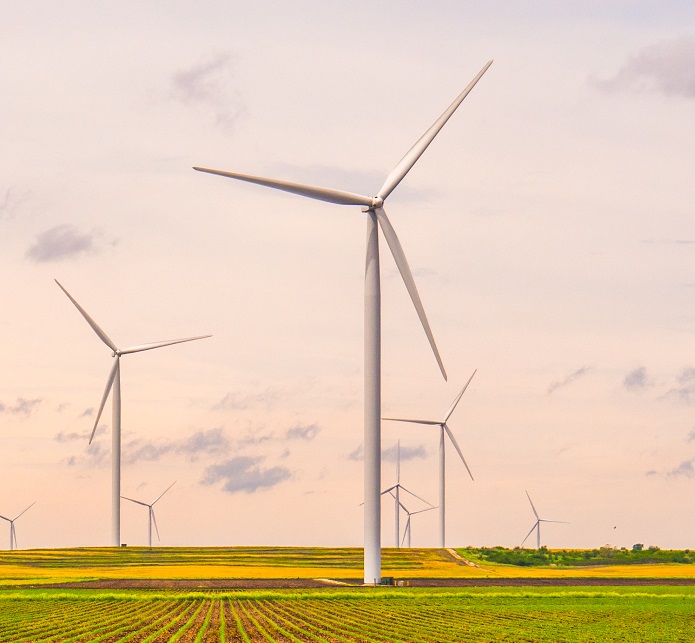 Google has combined machine learning with turbine data and weather forecasting to increase the value of its wind assets by 20%, the company said in a statement February 26.

"Based on these predictions, our model recommends how to make optimal hourly delivery commitments to the power grid a full day in advance," it said.

Forward power allocations can significantly increase the value of wind power output. Including operational savings from machine learning efficiencies, the DeepMind system increased the economic value of the wind assets by 20% compared with no time-based commitments to the grid. 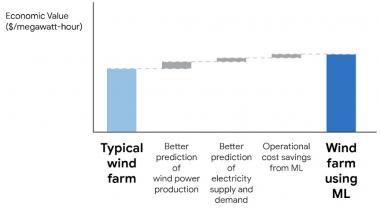 "We can’t eliminate the variability of the wind, but our early results suggest that we can use machine learning to make wind power sufficiently more predictable and valuable," Google said.

"Our hope is that this kind of machine learning approach can strengthen the business case for wind power and drive further adoption of carbon-free energy on electric grids worldwide," it said.

The UK government has set a target of 30 GW of installed offshore wind capacity by 2030, quadrupling the current installed capacity, the UK Department for Business, Energy and Industrial Strategy (BEIS) announced March 7.

Under a new Offshore Wind Sector Deal between government and industry, the UK will build around 2 GW of offshore wind capacity per year for the next 10 years and hike the share of offshore wind to over 30% of UK power generation.

The deal provides greater market transparency for offshore wind developers looking to build out their supply chain. Last July, BEIS announced it would hold offshore wind tenders every two years from May 2019 and seek to build up to 2 GW of new capacity per year.

Under the deal, the offshore wind industry has pledged to spend 250 million pounds ($328.8 million) to develop the UK supply chain.

"This includes an investment of up to 100 million pounds in a new industry program, the Offshore Wind Growth Partnership, which will help UK companies seeking to grow their business in the rapidly-growing global offshore wind market," industry association RenewableUK, said in a statement.

“This Deal will also ensure that the UK maintains its leading role as an offshore wind innovation hub, accelerating our world-class R&D in fields like robotics and AI, and cutting-edge technologies," Hugh McNeil, Chief Executive of RenewableUK, said.

Under the plan, UK offshore wind employment could triple to 27,000 by 2030 while global exports are predicted to rise five-fold to 2.6 billion pounds, BEIS said.

The Race Bank wind farm consists of 91 Siemens Gamesa 6 MW and was commissioned in 2018.

The deal represents the first corporate offshore wind PPA in the UK. Northumbrian Water will source around 100 GWh/year from Race Bank, expanding a previous renewable energy supply agreement between the companies.

Orsted will provide an "innovative balancing service" so the electricity can be delivered to Northumbrian Water under their existing supply agreement, the company said.

Drone inspections will improve the health and safety of offshore wind employees and reduce project costs, the companies said in a statement.

Drones could cut offshore wind inspection costs by $1,000 per turbine per year, according to BNEF.

"By adding drone services to our solutions we can provide detailed and highly accurate inspection data, while further increasing safety and reducing downtime and costs,” Luc Vandenbulcke, CEO of DEME, said.