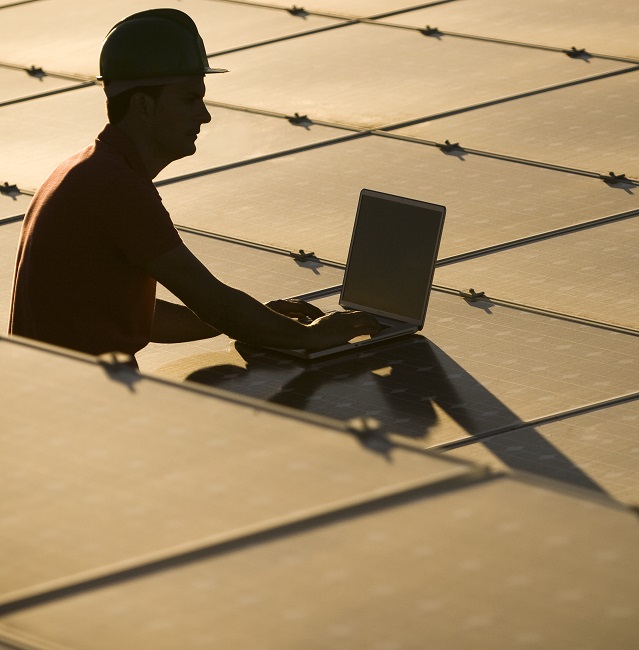 Inverters are the main source of utility-scale PV plant failure and suppliers have sought to improve performance and reliability, inventing new materials and systems while harnessing big data analytics to increase yields.

Some large inverter suppliers have recently guaranteed lifespans of 20 to 25 years and these lifespans continue to increase as technology is improved. Average U.S. inverter lifetimes are forecast to increase from 15 years in 2016 to 20 years by 2020, under a low-cost industry scenario, the National Renewable Energy Laboratory (NREL) said in its 2016 Annual Technology Baseline (ATB) cost report.

"There's been a general trend in industry to making inverters with higher DC to AC ratios, putting greater stress on the inverters. That means that their cooling systems, for example, have to be more robust and have to get rid of more energy as waste heat,” he said.

Inverter suppliers are also challenged with increasing competition between solar developers which has put pressure on supply margins.

IHS Markit predicts inverter prices will fall 8% per year until 2020 and the pursuit of both higher performance and lower life-cycle costs has prompted new industry collaborations.

“The SMA Inverter Preventative Maintenance program goes above and beyond the manufacturer’s recommended maintenances, and proactively addresses potential inverter issues that could result in unnecessary downtime, Chuck Smith, executive vice president of Service for SMA," said in a statement July 12.

Central inverters remain the most widely used inverter type for utility scale plants, but three-phase string inverters are becoming more popular and are expected to represent 40% of the global utility-scale market by 2020, according to IHS Markit. String inverters operate at a more localized level and this reduces the impact of equipment fault.

Soltage is involved along the full life-cycle of most projects and this means the company can feed back learnings on component performance or manufacturer response into early stages of new projects.

In one example, Soltage purchased a large-scale PV project during construction which used inverters from a manufacturer it had not previously worked with. During operations, multiple and repeated inverter failures required Soltage to deploy additional resources in order to resolve the problem and the company no longer works with the manufacturer.

Operators must aim to align inverter manufacturer incentives with the goals of maximising project life span and reliability, Goodbody noted.

Reliability statements and manufacturer’s warranties do not fully mitigate the risks and costs associated with inverter failure, he warned.

Contract terms might require a manufacturer to ensure an inverter is returned to full operation within 48 hours. After this point, the manufacturer is required to pay damages for lost production at a level that represents the affected plant capacity.

“The fact of the matter is that the downside of a poor inverter is greater than you can really build into a contract,” Goodbody said.

"Those are kind of changing the contractual landscape,” he said.

Going forward, Rothfuss predicts new types of contract could be introduced where inverter manufacturers supply equipment at a lower capital cost in return for a percentage of the project revenue.

“What the industry is currently missing is an independent evaluation of inverter manufacturers and inverter products,” he said.

While there is a great deal of data available on solar panel performance and panel suppliers, inverter data is fragmented and inverter purchases are often based on the buyer's past experience and manufacturer’s documents.

A central database or repository of inverter reliability data could be created and administered by an independent agent and ratified by contributors, Goodbody said.

Developers could provide data on a broad portfolio of systems with multiple inverter types, and the data could be compiled and presented anonymously, he said.