Record-low bids and surging demand for solar plus storage in Colorado show developers expect sharp cost reductions and multiple revenue streams that are replicable in other states, analysts said. 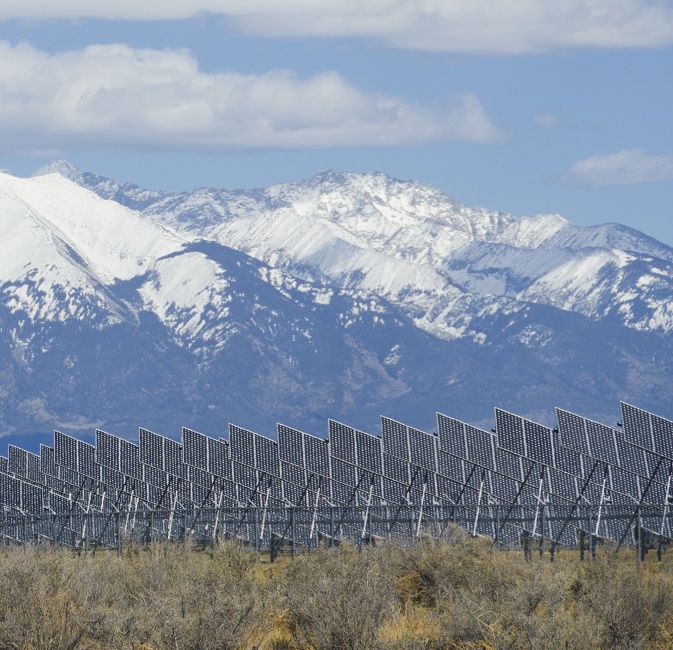 A request for proposals (RFP) yielded 87 bids for 59 solar plus storage projects at a record-low median bid price of $36/MWh, competitive with many fossil-fuel power plants.

The low bid prices for solar plus storage show that developers see technology advancements outweighing regulatory risk in the coming years. Projects allocated in Xcel’s tender are expected to come online in 2023, during which time solar and storage technology costs are expected to fall on efficiency gains and installation learnings.

The U.S.’ previous lowest price for solar plus storage was set by NextEra Energy in May 2017. Arizona’s Tucson Electric Power signed a $45/MWh PPA with NextEra Energy for a four-hour battery system due online in 2019/20.

“The projects bidding into the Xcel auction have approximately five years to deploy, but clearly show that the incremental cost of adding storage to solar and wind projects is expected to rapidly decline,” Ryan Wiser, senior scientist at Lawrence Berkeley National Laboratory, told New Energy Update.

“It sets the stage for future Requests For Proposals that may present more structured and direct opportunities for the participation of renewables paired with storage, outlined explicitly by the needs of the utility and the grid,” he said.

The large number of bidders for solar plus storage projects in Colorado indicates a deepening pool of developers and investors. Developers bid for a total 10.8 GW of solar plus storage capacity, more than 10 times Colorado's current installed solar capacity. 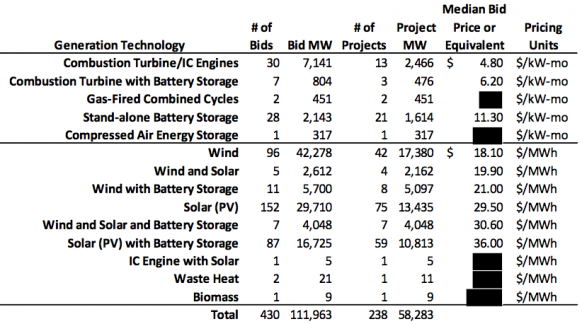 Xcel’s tender process has been complicated somewhat by President Trump's decision last month to impose four-year tariffs on imported panels, as well as new federal tax laws. Trump agreed a 30% tariff on imported crystalline-silicon solar cells and modules, which steps down by five percentage points each year to 15% in the fourth year.

The import tariffs are imposed from 2018 until 2021, but they could be extended closer to expiry. Any price adjustments in Xcel's tender could indicate risk mitigation of the medium-term impact of the tariff decision. Developers knew a decision loomed when they made their bids late last year.

The solar plus storage project bids also factor in declining federal subsidies for solar plants. Projects which start construction through 2019 are entitled to a 30% Investment Tax Credit (ITC) and this steps down to 26% in 2020, 22% in 2021 and 10% from 2022.

Xcel plans to publish a more detailed report on its tender, including the options for its generation portfolio, by April 27.

“We do not expect a final approved portfolio until late July or early August 2018, at which point we would start negotiating Power Purchase Agreements [PPAs],” Stutz said.

Xcel's energy storage requirements, yet to be published, could significantly impact project costs.

“Depending on how big or how large the durations for those storage systems that are paired with PV, it really impacts the assumptions on how they are able to get to that bid price,” Barati said.

Wiser estimates the solar plus storage bids included around four hours of storage, on average.

Falling storage costs and rising solar penetration could see the economics of PV plus storage projects overtake stand-alone PV in the coming years as the demand for solar 'peak shifting' and frequency response grows, the U.S. National Renewable Energy Laboratory (NREL) said in a recent report.

By 2020, the business case for coupled PV with energy storage in California could be more favorable than stand-alone PV, NREL said. California’s installed solar capacity rose from less than 1 GW in 2007 to over 17 GW by the end of 2016, increasing the demand for storage capacity to provide power outside daytime hours.

As the extra cost of equipping solar with storage falls and markets value dispatchability, demand for these units will rise, Barati said.

“The flexibility and additional capabilities associated with combining [solar and storage] technologies will become more valuable and open up new opportunities,” he said.