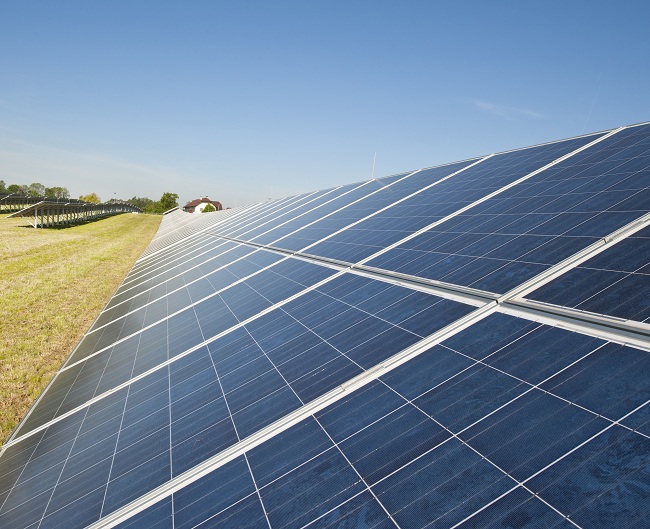 Costs have continued to fall in residential, commercial and utility-scale segments due to lower module and inverter prices, lower installer and developer overheads, improved labor productivity and optimized system configurations, the study said. NREL noted the rising importance of soft costs-- such as labor and overheads-- in recent years, as the pace of cost reductions in modules and inverters slowed.

A shift towards pre-assembly of plants, more customized system design and benefits from economies of scale have all cut soft costs for utility-scale projects and further gains are expected going forward, Fu, a leading researcher in the study, told PV Insider.

"All these efforts will be continued, " Fu said, predicting that benchmark average installation costs could fall to $1.10/W by Q1 2017 when also factoring in recent drops in module prices.

Global module prices have slumped to around $0.40/W in recent months, compared with assumptions of $0.64/W in NRELs’ Q1 2016 study. The price drop is reportedly due to a Chinese supply glut following slower-than-expected domestic build.

U.S. utility-scale soft costs have been reduced through a shift towards preassembly of PV systems, which has shortened installation time in the field and lowered costs for Engineering, Procurement and Construction (EPC) providers, developers and also Original Equipment Manufacturers (OEMs), Fu said.

Component-level assemblies, such as clamps, clips, and horizontal tubing, can be pre-assembled in factory in order to improve on-site productivity.

"The new idea is to swap that outdoor installation activity into the indoor factory temperature-controlled activity. Based on our preliminary results, 15 to 20% labor time saving could be achieved if all the scattered parts are designed to be plug-and-play," he said.

This approach can also save costs for OEMs, since EPC firms have often demanded more spare parts from OEMs in case they found parts were missing on site, Fu noted.

This could incur a cost premium for the OEM of as much as 3% which would equate to a cost of $2.5 million for a 100 MW plant based on benchmark cost estimates, he said.

Preassembly has mainly been used for balance of system (BoS) but Fu suggested further savings could be made by applying it at the module level.

An increasing number of companies are basing system designs on customized tests rather than generic textbook references to leverage project experience and gain competitive advantage.

For instance, designers are using wind tunnel tests for wind loading calculations and design, rather than relying solely on ASCE 7-05 and ASCE 7-10 codes.

"They recognise the benefits of using their own customized practical field data rather than using coefficients from the design book. That will largely reduce the material usage and also labor hours in the field," Fu said.

Projects in Hawaii and Florida have already benefited from this approach and the estimated cost saving of the customized design approach is around $0.1 to $0.2/W, he said.

Larger plant capacities also reduce soft costs through lower developer profits and overheads, as fixed costs such as permitting, site preparation and management can be spread across higher plant revenues. Developer profits may be in the region of 3% for a 100 MW plant compared with 7% for a 10 MW plant, Fu said.

The below chart shows how the various cost components drop when plant capacity rises from 10 MW to 100 MW.

PV system cost reduction from economies of scale ($ per watt)

Module efficiency improvements are reducing the number of modules required for a given capacity and this has cut soft costs such as direct labor and installation overheads, NREL said in its latest study.