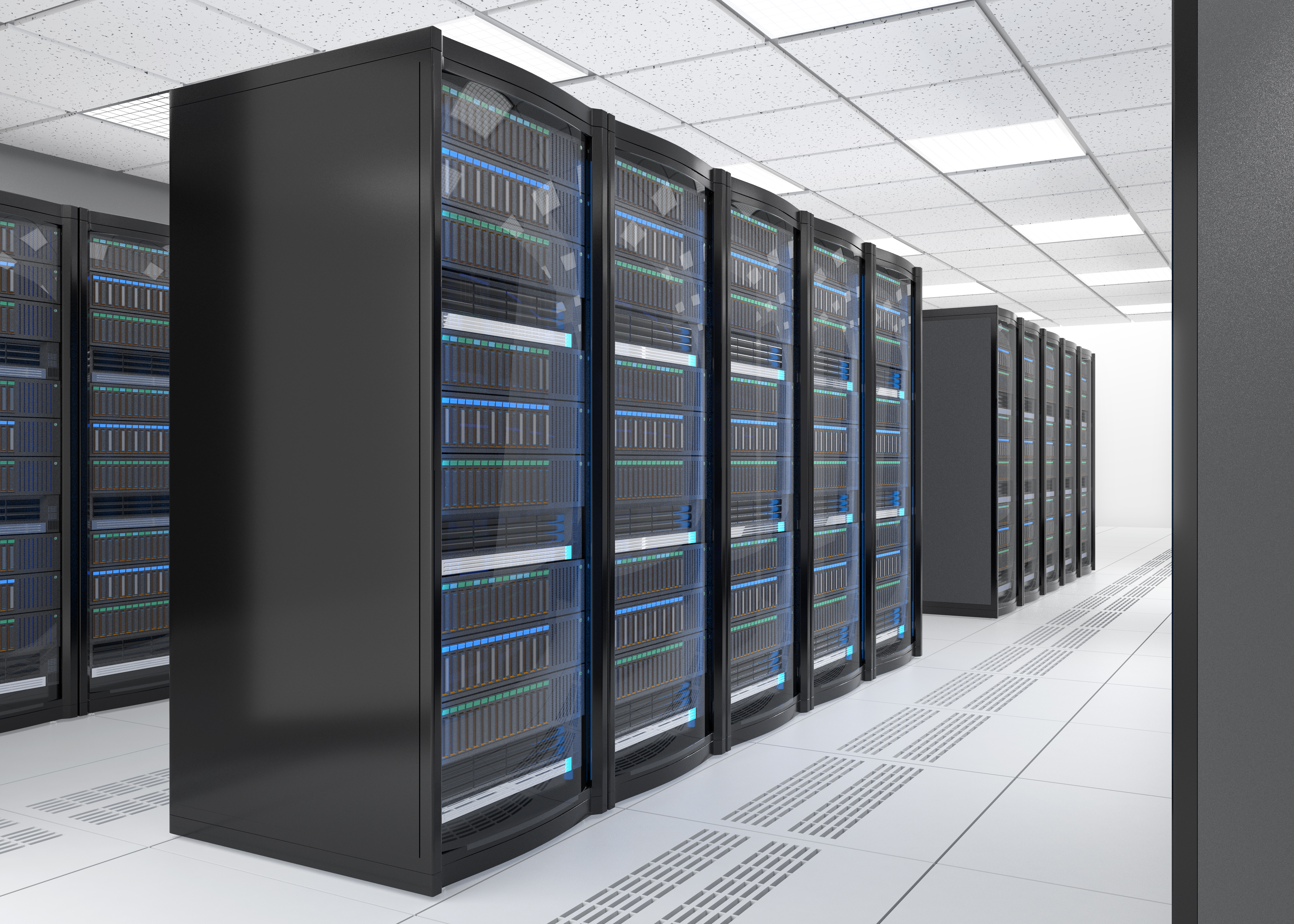 Growth in corporate PPAs has been spearheaded by global technology groups seeking to cover growing power demand from data centers.

In 2017, Google's owner Alphabet purchased enough power to match the needs of all of its data centers and global operations. The deals supported $3 billion of project investments and made Alphabet the biggest corporate buyer of renewable power in the U.S.

"For developers, if you are looking for an industry that is going to be demanding more energy over time and represents a source of scalable development I would look at the data center space,” Rohwer said.

Attracted by falling costs, a wider range of companies are now turning towards renewable energy PPAs. Contract negotiations can be complex and regulations often differ between markets, but new contract frameworks are lowering barriers to entry for smaller firms.

Power demand from data centers is set to rise dramatically in the coming years as companies increasingly turn to big data solutions.

Demand from data centers is forecast to rise from around 1% of global demand in 2015, to almost 5% by 2025, according to a study by Anders Andrae, Senior Expert of Life Cycle Assessment at Huawei Technologies.

Google’s annual energy demand growth has been in double digit percentages in recent years and is expected to continue at a similar pace in the coming years. By the mid-2020s, data centers will become some of the world's largest consumers of power, Brad Smith, President and CLO of Microsoft, said in a statement in 2016.

"We need to keep working on a sustained basis to build and operate greener data centers," Smith said. 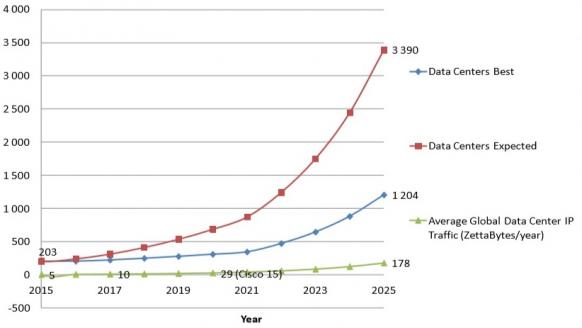 Alongside growing demand outlooks, global renewables initiatives are helping to accelerate PPA procurement. In one example, the BSR's Future of Internet Power (FoIP) program leverages the collective buying power of global corporations to push for supportive policy and pricing dynamics.

In Europe, leading technology groups Google, Microsoft and Amazon recently joined up to the RE-Source Platform, which aims to improve regulatory frameworks for corporate renewable PPAs.

When negotiating PPAs, data center owners must take into account the difference between the supply profiles of renewables plants and the 24-hour power needs of data centers.

In the U.S., Virtual PPAs have been the most commonly used contract type, through which the purchaser becomes a virtual power buyer. A long-term strike price is agreed and during operations payments are made between counterparties to account for the differences between the strike price and the wholesale price.

Another option is a sleeved PPA, where the buyer negotiates its own PPA agreement with a project and a simultaneous arrangement with a utility who acts as the buyer’s agent.

Large tech companies are also pioneering new green tariff solutions to support renewable energy projects. Green tariffs require the supplier to cover electricity demand with renewable output. These tariffs are gaining traction in U.S. regulated energy markets where vertically-integrated utilities make it difficult for corporations to directly procure power from renewables projects. Since the first green tariff was proposed by NV Energy in 2013, 21 green tariffs in 15 states have been proposed or approved, according to the World Resources Institute (WRI).

US states with green tariff programs 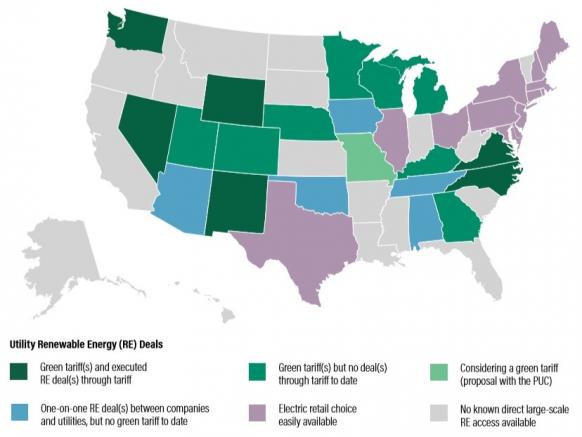 In May, Facebook announced it would build a 970,000 square-foot data center in Utah powered by a new green tariff it developed with Rocky Mountain Power (RMP).

The move shows how large companies are able to use purchasing power and the promise of job creation to advance tariff regulations.

“Green tariff programs are an alternative that allow corporations to buy clean energy without gaining exposure to volatile wholesale prices,” he noted.

Aggregated or multi-buyer PPAs are on the rise as falling renewables costs attract smaller companies to the table.

Large data center owners such as Facebook and Microsoft are acting as "anchors" for renewable PPAs, lowering risk for smaller counterparties.

Microsoft's strong credit rating will support project financing and allow the remaining production from the project to be sold at a “lower rate," Brian Janous, Microsoft's General Manager of Energy, told New Energy Update in April.

In March, Enel signed a new PPA with Facebook and Adobe for its 320 MW Rattlesnake Creek wind farm under construction in Nebraska.

Under the agreement, Adobe will purchase 10 MW of capacity from the plant between 2019 and 2028, whereupon the purchase is transferred to Facebook to supply the expansion of its data center in Papillion.

“The Rattlesnake Creek wind farm will enable us to power our future Papillion Data Center, and fulfils our passion to expand the energy market for other corporate buyers, like Adobe,” Bobby Hollis, Director of Global Energy at Facebook, said.