South Africa CSP developers must work closely with state power utility Eskom to develop co-funding models for grid connections that will spur development in a market held back by weak state finances and uncertain capacity targets. 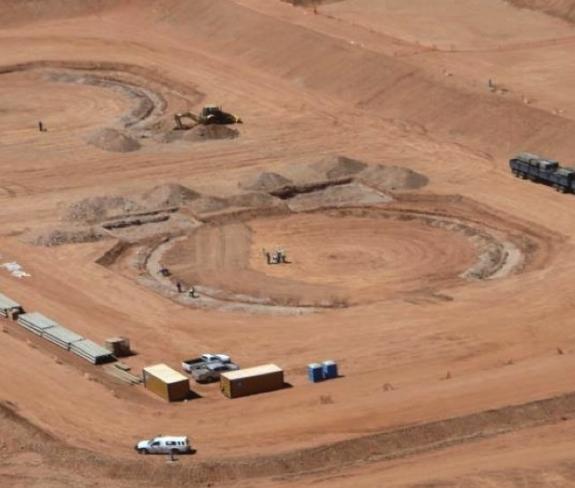 A new draft Integrated Resource Plan published by the energy ministry on November 22 has excluded allocations for CSP plants from 2020, causing some concern in the industry.

Developers have argued that CSP can provide crucial energy storage capabilities and hope to introduce changes to the IRP plan during the consultation stage.

There are currently three 100 MW CSP projects under construction in South Africa and they are expected to come online in 2017-2018. Abengoa’s Xina Solar One, Engie’s Kathu and Emvelo’s Ilanga 1 will use parabolic trough technology and were awarded in the third round of the REIPPPP.

ACWA Power is also awaiting the signature of a Power Purchase Agreement (PPA) for its 100 MW Redstone project and completion of this plant will raise total installed CSP capacity to 600 MW.

CSP projects allocated thus far are on prime sites with the best access to transmission capacity. All the projects are being built in the sundrenched Northern Cape Province which hosts 65% of the 2.9 GW solar power commissioned so far in South Africa.

Plant developers take on risks associated with connections to substations. Future projects will depend on required investment in South Africa's transmission grid, adding an additional level of complexity.

“The independent power project’s [IPP's] scope of work relates only to the connection of the CSP plant to the transmission network. Transmission infrastructure upgrade and maintenance is done by Eskom,” Mohamed Hoosen, CEO of Engie South Africa, told CSP Today.

Faced with ongoing financial difficulties, Eskom has not matched the expansion in generation capacity with necessary strengthening of the power grid, particularly in the sun-drenched Northern Cape province in the north-west, where PV capacity has soared.

The first three REIPPPP Bid Windows consumed much of the available transmission grid capacity in the Northern Cape, Eastern Cape and Western Cape, according to an analysis paper written by advisors to the government’s IPP Office and Eskom.

“There is an urgent need to create additional transmission grid capacity for the REIPPPP,” according to the analysis paper, originally published by Energize in June 2015.

Demand for projects continued to surge and renewable energy submissions were five-times oversubscribed in the REIPPPP bid round 4.5 held in 2015, Tina Joemat-Pettersson, South Africa's energy minister, said in March. Project submissions totalled 9.5 GW and 6.5 GW of this capacity was for projects in the Northern Cape province.

Required strengthening of the Northern Cape grid network had not been budgeted for in the regulated multi-year price determination (MYPD3) for 2017/18 electricity tariffs, Joemat-Pettersson said.

“Until more funds are made available for transmission projects, development costs and relevant capital costs to connect IPPs, private investment in the grid remains an option to address the funding and implementation constraints experienced,” she said.

The most advanced of the round three CSP projects is Xina Solar One and the plant is expected to come online in the second quarter of 2017.

“Xina Solar One is now more than 95% complete. We are nearing the completion of the main activities for construction (mechanical, electrical, instrumentation and control) and we are in the commissioning phase,” he said.

Xina Solar One will feed power into the adjacent Paulputs substation via a short 3 km transmission line that took three months to build. The Spanish developer constructed, financed and will own and operate this new $5.4 million 220kV line, according to a project report by the African Development Bank.

Abengoa’s 100 MW KaXu, which entered operation in March 2015, already sends power to the Paulputs substation. The plant relies on a 220/132kV transmission line constructed by Eskom to connect the plant to the existing substation.

A second transformer was added at the substation to accommodate the new capacity. The transformer work was carried out by South African contractor Tyris Construction at a reported cost of close to 17.6 million rand.

Emvelo’s Ilanga 1 plant will be connected to the grid via a 400kV line to be built by Eskom, which will then be linked to the 132kV Gordonia Substation in the first quarter of 2017, according to Emvelo.

“The way to mitigate grid connection issues in the future is for the grid utility, Eskom, to implement its transmission plans faster by partnering with developers to build the network and hand over the built infrastructure to the utility,” Pancho Ndebele, Emvelo’s chief executive and chairperson of the Southern Africa Solar Thermal Electricity Association, said.

Grid capacity limitations are a concern for all types of renewable energy projects and this has prompted suggestions of new tariff mechanisms to ease grid shortages.

“As things stood at the end of 2015 there is seemingly a shortage of transformer capacity in the central Northern Cape,” van der Westhuizen said.

“There is approximately 1,300 MW available in the province; this does not yet consider the [2015] expedited round allocations [6,500 MW]. If you subtract these, there will be significant constraints on transmission lines in that area,” he said.

Prior to the recent IRP proposals, developers have faced a number of risks to project timelines. The round 4.5 bid round was expected to allocate 450 MW of CSP capacity but the results are yet to be announced.

In addition, state utility Eskom delayed the signing of the Redstone PPA, reportedly due to a weakening of the rand against the US dollar which pushed up the cost of the contract.

Despite regulatory uncertainties, South Africa has seen a high level of developer interest since the launch of the REIPPPP and some developers remain positive about the potential.

“Engie has been in South Africa for nine years now and we have every intention of continuing to developing power projects in the country,” he said.