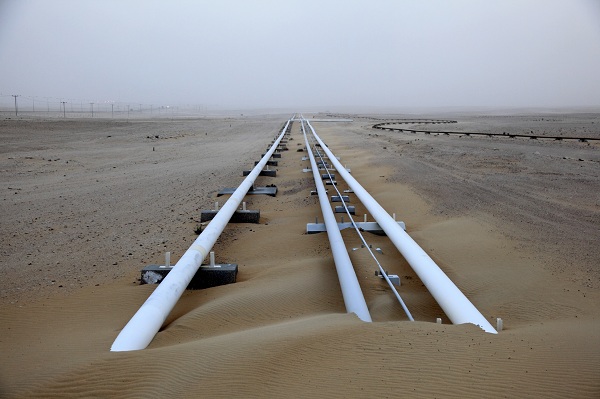 Low oil market returns and higher dependency on gas supplies have led countries such as Oman and Kuwait to pursue CSP EOR projects, such as the giant 1.0 GW MWth Miraah plant being developed by Glasspoint.

“We’ve seen greater urgency in wanting to go solar because oil prices are lower [than in 2008]. There’s a very strong interest in reducing production costs when prices are low. However, when prices are high and development is moving faster, that places more stress on natural gas supply,” said O'Donnell.

Therefore, even if oil prices recover, CSP could remain part of the long-term strategy to reduce costs as operators look to reduce gas consumption.

Moreover, around 70% of today’s remaining oil reserves worldwide are classified as heavy oil. If boosted, these reserves could unlock approximately 300 billion barrels of oil, according to the International Energy Agency (IEA).

Heavy oil production, however, is much more energy intensive than light oil. It takes roughly the energy of one barrel of heavy oil to produce four barrels, according to O'Donnell.

In California, almost half of the oil produced is being pumped out using EOR. This prompted Berry Petroleum to invest in the world’s first commercial solar EOR project, a 300 kW solar thermal plant constructed by GlassPoint and local firms TJ Cross Engineers and PCL Industrial Services in 2011.

The announcement was made by Petroleum Development Oman (PDO), which is investing in the Miraah plant, the world’s largest solar-EOR project.

“Miraah is scheduled to be making steam by early 2017 and the project is ahead of schedule. GlassPoint reduces the cost of producing oil so the sooner solar steam is part of the picture, the sooner gas is saved and the cost of production is reduced. Both are of strategic interest right now,” O'Donnell said.

Glasspoint’s first solar-EOR plant in the Middle East has been operating at PDO’s Amal West field since May 2013. The 7 MWth system surpassed contracted steam output by 10%.

“The pilot has been a resounding success. It has exceeded its nameplate capacity,” PDO managing director Raoul Restucci said.

“Above all, it has shown minimal maintenance requirements, very high reliability, and an outstanding uptime in excess of 98% no matter what the weather over the past two and a half years,” he noted.

While the pilot plant is already saving PDO 47,000 million BTU (British Thermal Units) of gas per year, the bigger savings will be seen when the Miraah project is completed.

The Miraah solar plant is expected to produce 6,000 tons of steam every day and save as much as 5.6 trillion BTU of natural gas each year, which can be used for industrial development, power generation and LNG exports.

Kuwait is facing similar challenges to Oman. The country has limited natural gas reserves but an abundance of heavy oil, estimated at around 13 billion barrels, according to the U.S. Energy Information Administration (EIA).

“In Kuwait there’s fundamental long term planning, and we see adjustments to those long-term plans based on short-term prices,” O’Donnell said.

GlassPoint established an office in Kuwait in 2014 and appointed KOC veteran Abdul Hussain Shehab as country manager. Since then, the company has been in talks with national oil operators over EOR development.

Now that the country’s first heavy oil project is under construction, with phase one to begin operation in 2018, O’Donnell expects that solar will be part of this oilfield from the start of its large scale production.

“Country by country and region by region, the shift to EOR is underway,” he asserted.

“Solar will be the backbone for oil production. Electricity is at a giant scale, but the oil industry is the next new major market for solar.”