Kuwait has expanded its 2030 renewables target at the Shagaya renewable energy complex to 4 GW but CSP developers will have to wait until a third phase of development, due online in 2025-26, to secure projects, Osamah Alsayegh, Executive Director of Energy & Building Research Center at the Kuwait Institute for Scientific Research, told New Energy Update. 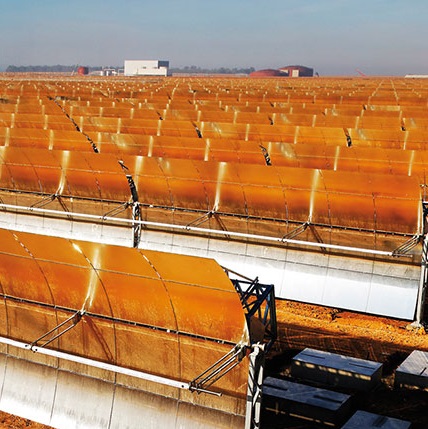 In February, Kuwait started commercial operations at its 50 MW Shagaya CSP plant, marking the completion of phase 1 of the Shagaya renewable energy park.

Developed by the Kuwait Institute for Scientific Research (KISR), the Shagaya park was launched in 2012 and was originally expected to host 2 GW of capacity by 2030, across three phases. KISR initially recommended a generation mix at the park of 56% CSP capacity-- equivalent to 1.15 GW-- alongside 35% PV and 7.5% wind.

Kuwait's electricity demand is expected to triple by 2030 and the Shagaya complex forms part of Kuwait's target to generate 15% of its electricity from renewable sources.

KISR has now decided to add a fourth phase to the park and raise its 2030 target at the site to 4 GW, but CSP developers will miss out on much of this expansion, Alsayegh told New Energy Update.

In phase 2, Kuwait National Petroleum Company (KNPC) will develop 1.5 GW of capacity and has decided to install 100% PV technology, despite KISR recommending 20 to 30% CSP capacity to improve dispatchability.

As a result, CSP capacity at Shagaya will be far below KISR’s initial recommendations and developers will have to wait until phase 3 to bid for projects, Alsayegh said.

For phase 3, KISR has recommended an "optimum configuration" of 1,200 MW PV, 200 MW CSP and 100MW wind, based on preliminary studies of market requirements, Alsayegh said.

Kuwait authorities are now preparing tender papers for phase 3 and the capacity is expected to come online by 2025-26, he said.

"And that is an optimistic projection,” he said.

Following completion of phase 1, KISR transferred ownership of the Shagaya development to MEW, the country’s sole electricity producer and distributor. KNPC was advised by the MEW that there is currently enough spinning reserve to omit CSP capacity and deploy solely PV technology in this phase.

Growing PV and wind penetration improve the business case for CSP plants with storage to provide dispatchable power to the grid. However, Kuwait's power generation mix will remain dominated by fossil fuel generation, limiting the appeal of CSP.

The 60MW KOC Solar EOR facility is the only other CSP project active in Kuwait’s pipeline and the project has stalled at the planning phase, according to the CSP Global Tracker.

The phase 2 development is currently in the EPC tendering process.

Up to 8 international consortiums were expected to bid for the EPC contract, which will be developed under an engineering, procurement and construction plus-finance (EPC+F) contract.

“Construction is expected sometime in the fall with a commercial operations target of 2022/23,” Alsayegh said.

The Phase 2 project will benefit from infrastructure and local skills networks put in place during the eight-year development of phase 1.

KISR and its partners tackled land acquisition, permitting and licensing challenges, and built out grid connections.

“This is a remote site with no infrastructure so KISR had to coordinate with the MEW to build a substation and overhead lines,” Alsayegh noted.

Despite the progress, further challenges remain. Kuwait currently has no power purchase agreement (PPA) framework in place and lacks the streamlined national renewables strategy used by other Gulf Cooperation Council (GCC) markets such as the UAE and Saudi Arabia.

CSP developers planning for phase 3 projects will gain from improved park infrastructure and learnings from the 50 MW Shagaya CSP plant.

Four months into commercial operations, the Shagaya CSP plant is "performing well," Alsayegh said. The plant must be tested through all seasons of the year to determine whether target energy levels will be met, he noted.

"We are now starting to collect data and understand how it is performing against our weather conditions and consulting this information with the project stakeholders," he said.

In April, construction and engineering group MMYPEM said it was performing maintenance works at the plant to "improve the functioning of the energy storage system." MMYPEM assembled the solar field, balance of plant equipment and turbine for the plant.

The maintenance was expected to last "several months," MMYPEM said.

Like many Middle East projects, the Shagaya plant is subjected to high temperatures, dust and humidity, which raises significant cleaning and water supply challenges.

The Shagaya site is not connected to the national water pipe network and operations teams must transport water to the site via tankers.

In Europe, the EU-funded WASCOP research project aims to reduce water consumption of CSP plants by 70% to 90% and boost power output by 2 to 3%.

IK4-Tekniker is a partner in the project and tests at the Shagaya CSP plant showed WASCOP’s technologies can reduce cleaning frequency by almost 65%, Azpitarte said.

"The MEW is expected to buildout water infrastructure to meet the industrial and residential growth in the area, which would benefit the plant," he said.