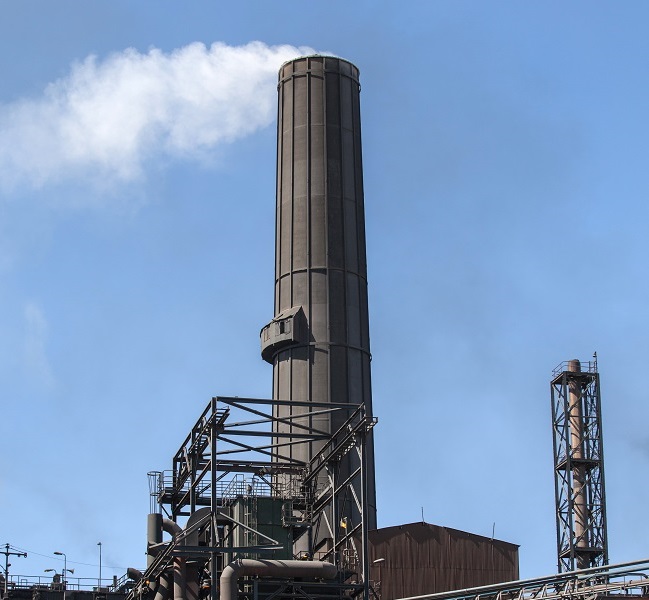 Mining companies are increasingly turning towards solar and wind power contracts, attracted by falling costs and environmental targets. Miners typically use fossil fuel power generation, either on or off-grid, and they face rising carbon reduction requirements in the coming years.

The quest for lower power costs will be the main driver of renewables demand from mining companies in the coming years, Fitch Solutions consultancy said in a report last month.

While PV and wind costs have fallen much faster than CSP technology, CSP with thermal storage can provide unique benefits to mining projects.

"Whether it’s grid connected or off-grid, we can provide firm baseload power 24/7," he said.

Longer storage durations are key to maximizing the competitiveness of CSP plants and most of the latest global CSP projects have incorporated large storage capacities.

Acciona's 110 MW Cerro Dominador CSP plant under construction in Chile will host 17.5 hours of storage and be joined with an operational 100 MW PV plant to provide a 24-7 hybrid solar power complex.

In U.S. and Europe, CSP developers are pursuing new high-temperature designs which should lower the cost of CSP storage and open up new market opportunities. 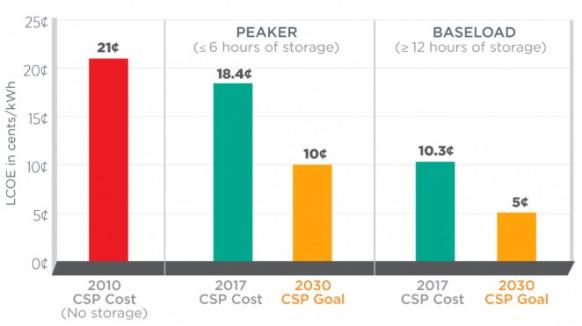 Long-term PPAs also suit mining operations and the exact contract length may depend on whether the site is grid-connected or a remote "captive" customer.

SolarReserve's development pipeline in Australia includes a number of projects to supply mining and industrial customers.

The California-based company has also bid to build plants in Chile, where the mining sector is responsible for over a third of total power consumption, the highest share in the OECD, according to the International Energy Agency.

“With the mining sector, we’re typically looking at a 15 to 20 year PPA duration," Georgis said.

“In Chile most of the big mines are connected to the grid so we can have an initial power contract for 15 to 20 years, and then sign another PPA when it expires, or sell power on the merchant market,” he said.

For grid connected sites, CSP plants will need to be cost competitive against alternative power generation sources, such as Chile’s large coal generation stack. However, new environmental initiatives are steadily boosting the case for CSP plants.

Chile and Canada, another key mining hub, recently introduced a “carbon price” at $5/tonne and $10/tonne, respectively, Fitch noted in its report.

Remote off-grid mining operators typically use diesel-fired generation which can cost as much as $200/MWh. Remote operators may require a longer PPA to match the lifespan of the mine, potentially 20 to 30 years in duration, Georgis said.

CSP developers could use multiple PPAs to combine a number of mining sites into a multi-offtaker contract, he noted.

As demand for corporate renewable energy PPAs grows, new contract innovations are opening up the market to smaller customers. In the PV and wind sectors, energy-hungry tech groups such as Facebook and Microsoft are already acting as "anchors" for corporate PPAs, lowering risk for smaller counterparties.

Going forward, CSP plants that provide both electricity and heat supply may be the most attractive solutions for many mining companies.

The economics of concentrated solar heat (CSH) plants suit sites that requires temperatures over 100° C and those requiring 24-7 operations, and are particular attractive for those in remote locations, Christian Zahler, managing director at Industrial Solar, a CSH developer, told New Energy Update.

"Thermal energy has to be generated and used locally and the cost of large [separate] thermal storages would deteriorate the return on investment," he said.

Industrial Solar is currently developing projects in the mining sector. The company typically develops CSH plants of capacity 2 to 20 MW (thermal) and expects to sign its first CSH PPA in 2019, Zahler said.

CSH PPAs might also typically be in the 15 to 20 year range, but can be as short as seven or eight years for sites with high solar irradiation levels or high fossil fuel costs, Zahler added.

“In locations with high fossil fuel costs, such as remote locations, we expect to achieve payback in around three years, or around five for locations with average conditions,” he said.